My Wine Telegram 128 – finally, the Long Night of German Wine in NYC 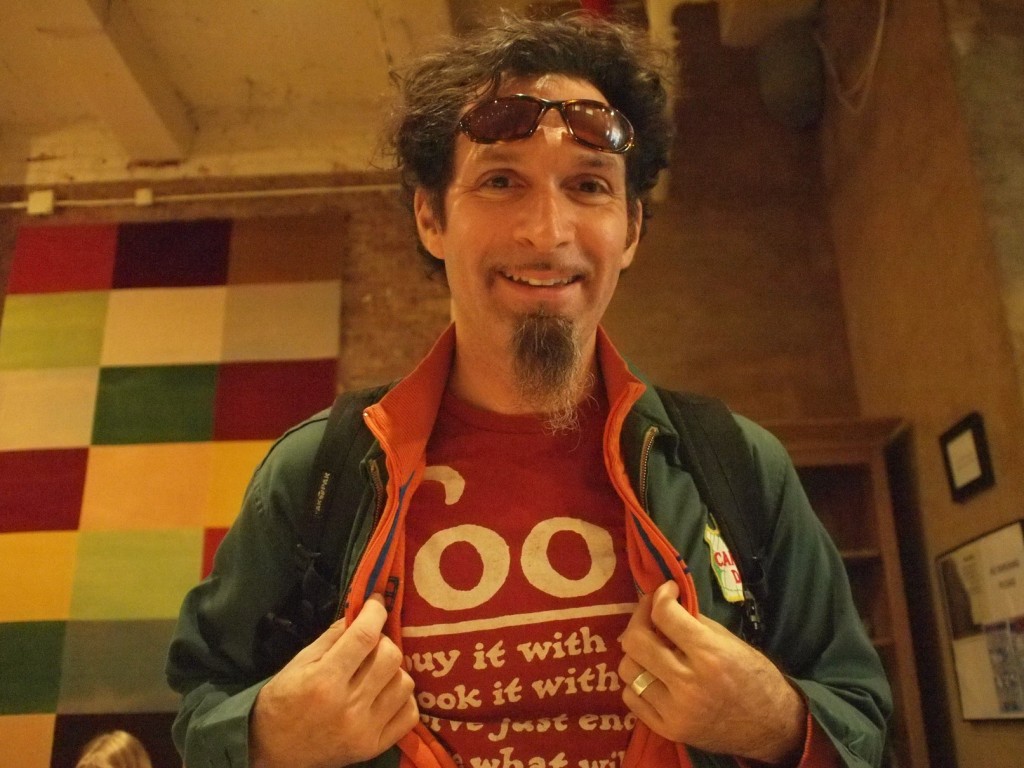 Thank you Paul Grieco of Restaurant Hearth and Terroir wine bar in NYC !

“So you found a home in New York,” Paul Grieco said to me as I sat in a corner of  Restaurant Hearth (www.restauranthearth.com) with a glass of Mosel Riesling from  Weiser-Künstler lost in thought +++ I was thinking back 24 hours to when the first Long Night of German Wine in NYC had filled the room with people and excitement +++ my partner in this charity project in Berlin, where we already staged 14 of these events, Roy Metzdorf of Restaurant Weinstein and I were bowled over by the response in the Big Apple +++ within minutes of the door being opened at 11pm it was hard to get through the crush to taste the wines which Roy and I had donated from our cellars +++ “hey, pass me the 2001 Egon Müller Scharzhofberger !” someone begged me and it made seem so worth while to have waitted so long to open that bottle +++ just like in Berlin the atmosphere was one of uninhibited celebration and we opened numerous doors of Riesling perception +++ 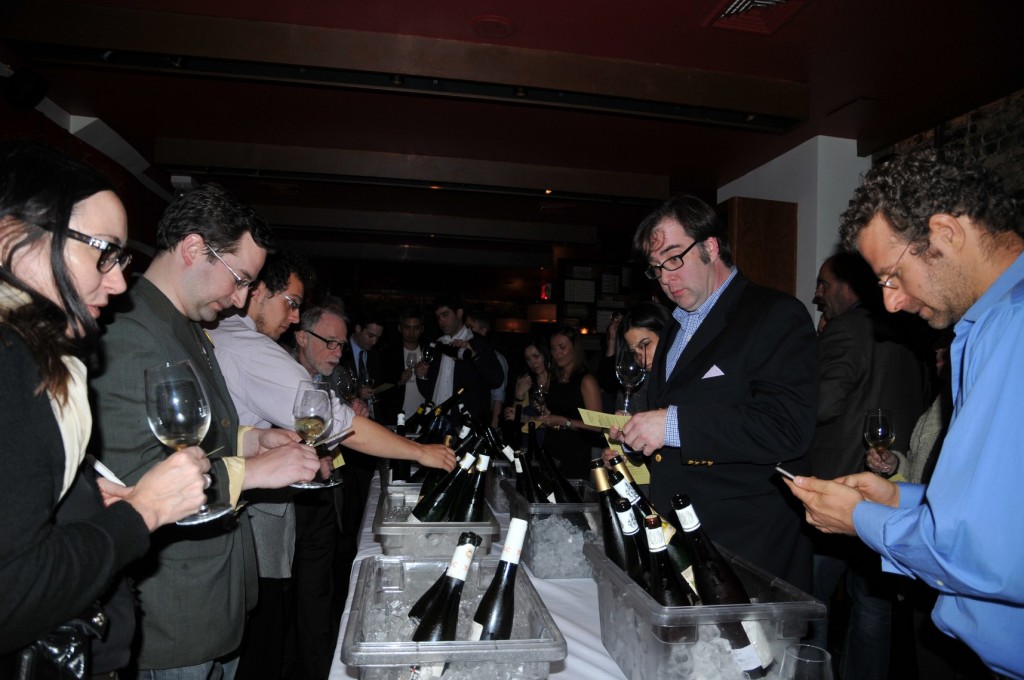 many of the visitors who each made a $40 donation to WEIN HILFT (see www.weinhilft.de – under which motto we collect money for the “Hope” HIV/AIDS foundation in Cape Town) were amazed by the way the dry 2006 Berg Rottland Riesling from Weingut Leitz in Rüdesheim/Rheingau seemed to effortlessly balance in spite of its 15% alocholic content +++ Roy’s “house wines”, which all make a serious style statement for the palate and eye were admired, also for the way the Weinstein name or logo were nowhere to be seen +++ finally Berlin style Dada Marketing has crossed the Big Pond and Madison Avenue will never be the same again ! +++ but for me the biggest surprise that evening came from Bruce Schneider (see below) who I knew as director of Wines of Germany in NYC, but who turns out to also be a talented New York  winemaker +++ he brought with him several vintages of Schneider Cabernet Franc (saldy no longer made due to the vineyard having been ripped out) and the 2006 was the most elegant red wine I ever tasted from Long Island +++ but yet more New York wine surprises followed the next day +++ 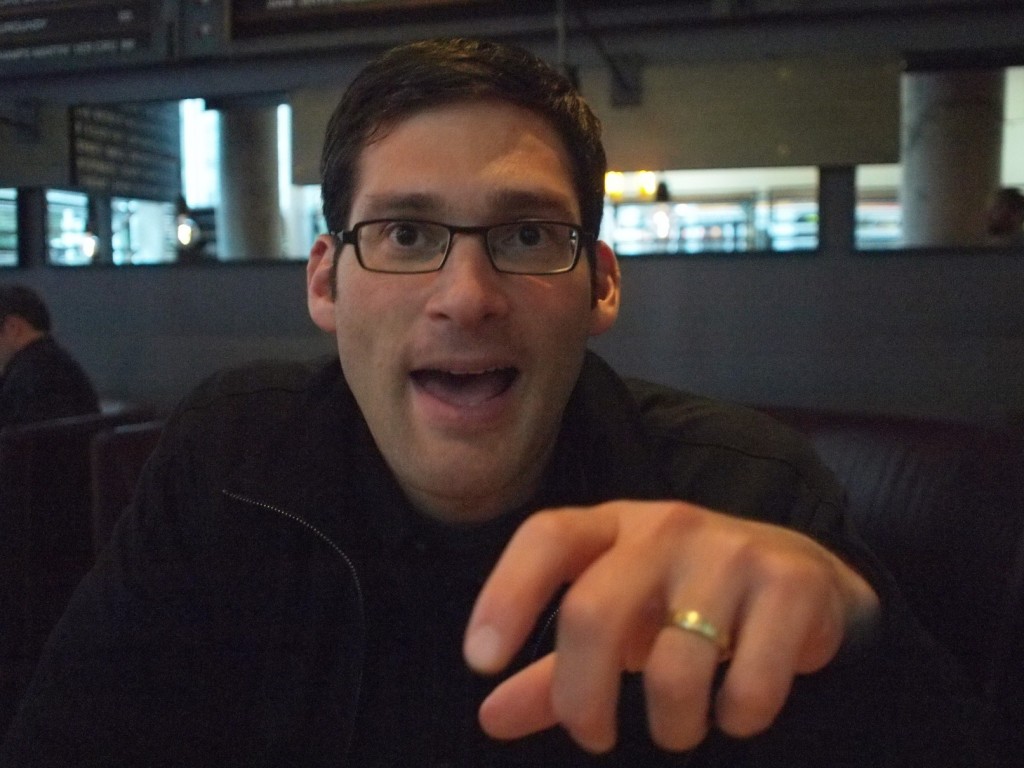 the next afternoon I walked over to Hearth feeling pleassantly dazed and confused from the Long Night of German Wine to clear my head for a big tasting of 2010 Rieslings from the Finger Lakes in Upstate New York +++ Peter Becraft of Anthony Road Wine Co. drove into the city with 26 wines from more than a dozen producers which were the most exciting range of Finger Lakes wines I’ve ever experienced +++ my New York colleagues Josh Greene (editor of Wine & Spirits Magazine) and Howard Goldberg were no less imporessed than Roy and Marc Metzdorf +++ we agreed that although the excellent 2o10 vintage certainly helped achieve this, it wasn’t the only factor, rather improved winemaking also played an important role +++ stylistically the wines seemed to know where they wanted to go in a way that was seldom the case just a few years ago, so Olanet Wine it is TIME TO WAKE UP AND TAKE NEW YORK RIESLING SERIOUSLY !!! +++ then as we our tasting table was being cleared for restaurant service to begin at 6pm Josh Greene told me that he was staying at Hearth to have dinner with Stephen and Prue Henschke, the (Hill of Grace) famous winemakers from South Australia +++ and suddenly there they were and I was invited to join them; not only “shit” happens in America ! +++ and I learnt a lot from Prue about what sustainability demands in the often harsh Australian context (much sensitivity and hard work) +++ after dinner I ended up at the bar with several glasses of that Riesling watching Paul Grieco work the restuarant as if it were his second home, which it is in a way that their workplaces rarely are for restaurateurs +++ then before I knew it he’d told me that it was my second home, and who am I to argue ? +++ for the Long Night of German Wine and for Stuart Pigott, in NYC home is where the Hearth is

This entry was posted in Wine Telegram. Bookmark the permalink.