Wine of the Month September 2011 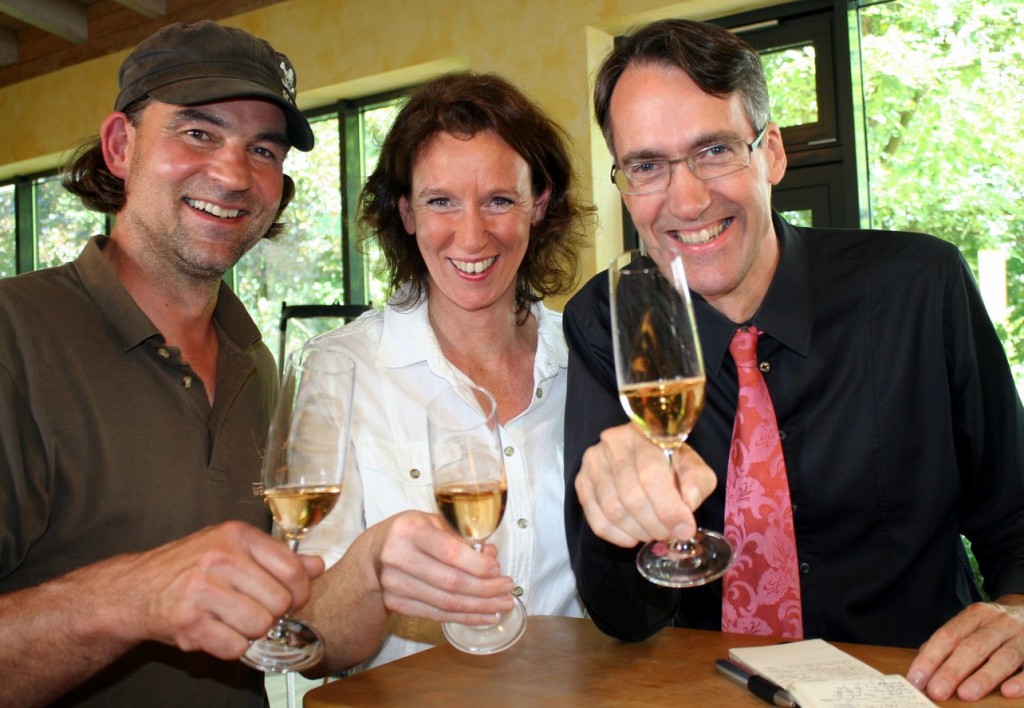 Bernhard Kirsten, Inge von Geldern and I during the filming for the Bavarian Television (BR) show "Weinwunder Deutschland"

Another dry Riesling as wine of the month? Am I obsessed? Yes and no. Firstly, the diversity of aroma and flavour which the Riesling grape gives is so great that although this wine is also dry with a moderate alcoholic content it tastes completely different from last month’s. That is the great thing about Riesling; a multi-faceted personality without a trace of schizophrenia. Whereas the last wine of the month was all about freshness and crispness, this time the qualities which make it stand out are the complex texture and a subtle spiciness. Bernhard Kirsten and Inge von Geldern have been working at perfecting this style of Mosel Riesling since the early 1990s and it shows. A crucial aspect of their method is simply patience in the cellar. They allowed this wine to keep slowly fermenting without any added yeast until the end of July and bottled it in early August, in contrast to many Mosel winegrowers whose basic dry 2010 Rieslings were already sold out by then. Kirsten and von Geldern expected that this would conjure from the juice of fully-ripe Riesling grapes an aromatic richness and harmony to which there is no shortcut in the cellar, and it has indeed. The result is as tantalizing as it is powerful and the often strident acidity of the vintage has been expertly tamed. This means that although it is easy to like, it has many fine nuances which only slowly reveal themselves in the glass (if you have enough patience for that). And just wait for the sensational top dry 2010 Rieslings from Weingut Kirsten which will follow later in the year.