New York Riesling Diary: Day 10 – WINE RIOT, I wanna a Riot, WINE RIOT, a Riesling Riot of my own! 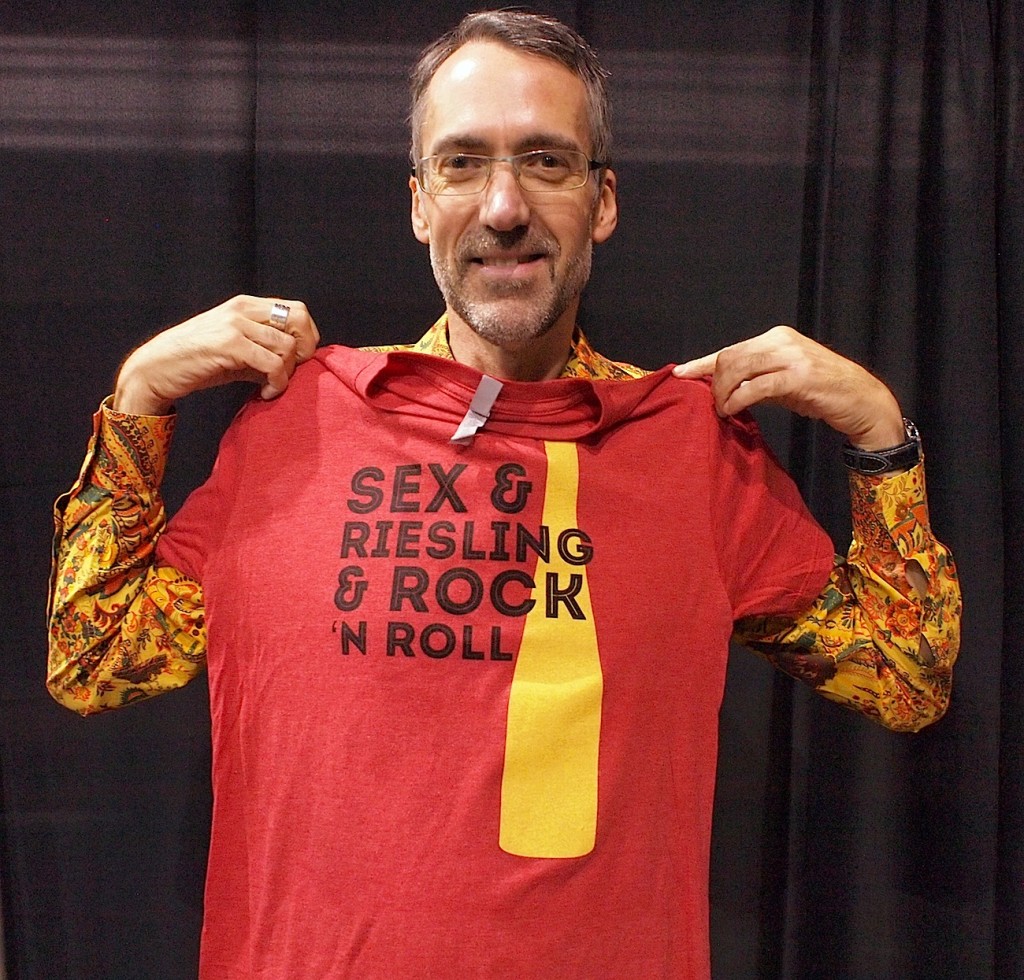 This T-shirt said almost everything about the New York WINE RIOT, the third and final session commences at 7pm this evening. Anyone who attends has the chance to experience one or more of the four Riesling Crash Courses I will give then, just as I have during the first session yesterday evening and the second session this afternoon. But, as I say this image doesn’t say everything, for which reason I need to show you the following series of revealing images. 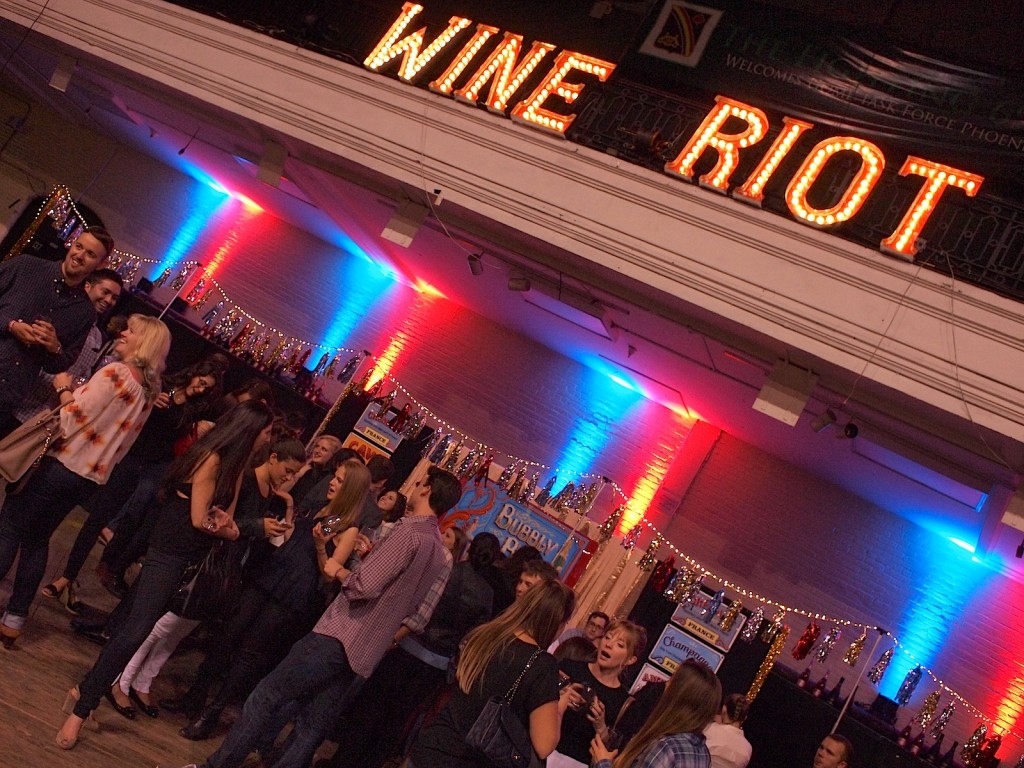 The picture above gives you some kind of general idea of the scenery, but you need to get in close as in the following picture of the Loosen Bros. USA team (thank you Ian on the left and Kirk on the right, also for the wines for my German-themed Crash Courses) to really get how unhinged the Wine Riot really is. 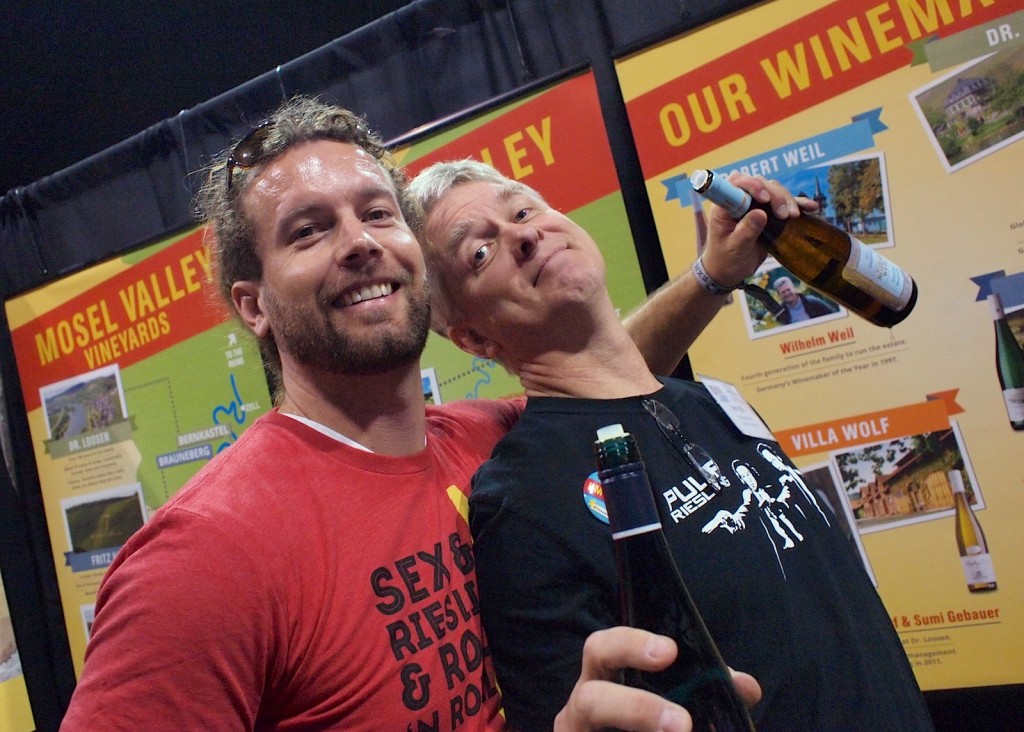 It is great to see local produce, that means wines from New York State wineries so well represented. There was a slew of good Finger Lakes (FLX) wines, most prominently the Rieslings and it was buzzing around those stands, as you can see from the picture of John Iszard of Fulkerson winery below. 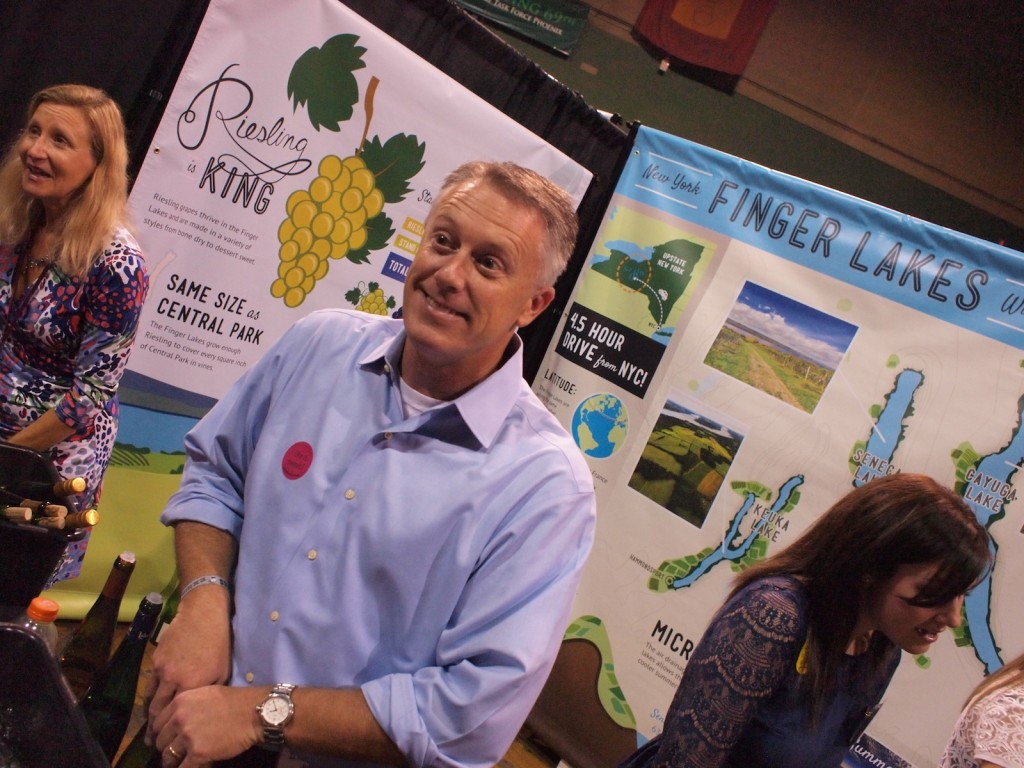 Sometimes wine industry people here in the city and elsewhere in US go on to me about how women play to  small a role in the wine scene, well my observation at the New York Wine Riot was that both behind and in front of the stands there were at least as many women as many. As an example I present the image below of the two FLX Katies (Katie Roller of Wagner on the left and Katie Roisen of Hosmer on the right). 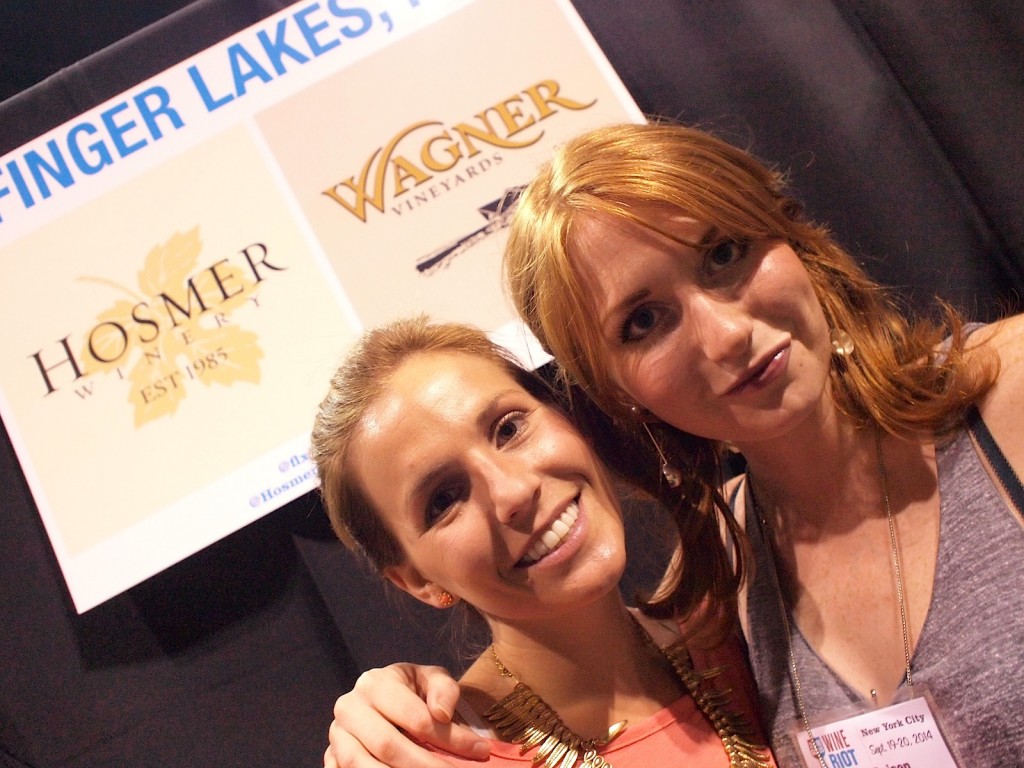 I would love to write more and more perceptively, but I must grab something to eat and head back for the final session. As I bellow into the mike before each of my Riesling Crash Courses, “NEW YORK WINE CITY THE RIESLING CLOCK IS TICKING!” Also for me!