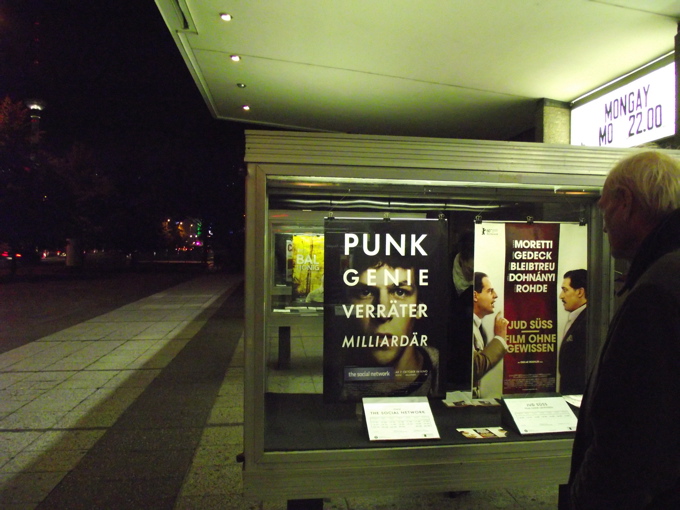 So much happened since my last telegram, but honestly if I’d tweeted it all to you I would have only driven you crazy, so be thankful for my NO TWITTER, NO FACEBOOK, NO BULLSHIT policy +++ One thing I’ve chewed over intensely since last reporting is the 2010 Riesling Auslese from Weingut Deutschherrn-Hof in Trier/Mosel (see www.weingut-deutschherrenhof.de) which I tasted with Jungwinzer Sebastian Oberbillig +++ The wine was still unfiltered, but had finished fermenting and been given enough sulphur to make it stable +++ In fact, it was astonishingly clear and easy to taste: extremely juicy, with a pronounced natural sweetness, but also wonderfuly refreshing acidity +++ that is convincing evidence 2010 in Germany is not a complete disaster the way many of my colleagues have portrayed it in the media +++ but it was only one wine, which is hardly conclusive proof, even if many other leading Riesling producers and Jungwinzer reported harvesting similar wines +++ that evening I also met the amazing Paul Grieco of Hearth Restaurant and the Terroir Wine Bars in Manhattan (see www.wineisterroir.com) +++ it was an extremely productive discussion and maybe we will do an event together in New York next summer +++ Watch this space for further details! +++ The reason I only got around to writing about all this today is that it was only a couple of hours ago I finished the final corrections to the book which goes with the Bavarian Broadcasting TV series WEINWUNDER DEUTSCHLAND +++ It will be out in Tre Torri Verlag (www.tretorri.de) before Christmas +++ Though there are a few things in the book I would have liked to do differently (it was that way with every book I ever wrote), I have to admit that as the nerve-wracking correction process (it was that way with every book I ever wrote) progressed the book really did get better and better +++ Some people will hate it because it is so relaxed, but that’s is what makes it different from other wine books +++ It is also as close to 100% true and correct as Tre Torri and I could possibly get it +++ The other thing which is still going around in my head is the Film THE SOCIAL NETWORK which I saw with my wife the other day +++ Apart from the fact that it is a great movie it gave me some great ideas for this website and confirmed my strong belief in NO TWITTER, NO FACEBOOK, NO BULLSHIT ! +++ Some of you are no doubt now thinking, „yes, but Stuart Pigott has a page on Facebook !“ +++ That’s true, but somebody else put it there without consulting or informing me and I only found out it existed after seeing the film +++ Of course, I will be asking them to take it down and asking for all the personal information to be removed from their records +++ Unfortunately, the problem is that you can’t tell if they’ve really removed that information from their records and that is exactly what worries me most about Facebook +++ Compared to them, the CIA or FSB are nothing to worry about for most of us +++ On top of that there is the small detail that Facebook has 500 million subscribers, or one in thirteen people on the planet are in their computers.

Welcome to the future!