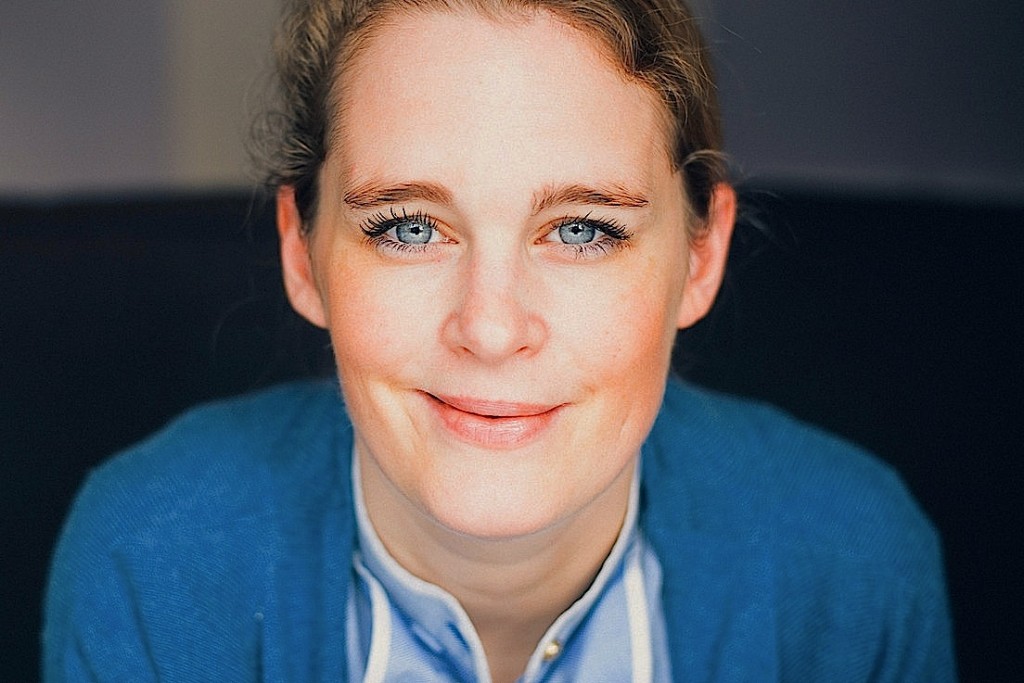 Every story has a backstory, however, I must point out that this is a widely misunderstood expression. A backstory isn’t simply the biography of a character or group of characters before the beginning of the story in which she/he or they feature, rather it is the series of events that directly lead to the situation at the beginning of the story. Today I have to tell a backstory, the one that leads up to the publication of ROCK STARS OF WINE AMERICA #1 – Point of Entry featuring Very Bad PD as a Kindle e-book just few days ago. Put more simply: how and why did I come to publish this completely outrageous little book!

The story this new work tells is of my first visit to America on a press trip to Baltimore back in September 1985. Normally, a press trip is the last thing I would consider writing about at length, but so much happened on this one that even as it all happened it was clear to me that this definitely wasn’t normal. Over the weeks, months and years after I returned to London and my life as an absolute beginner at wine journalism I frequently recounted episodes that occurred during those first days in America, and they always seemed to amuse my listeners. However, as the years stretched into decades I took this to be no more than a heap of amusing stories for the dinner table. The greater significance of the whole story – its themes of success and failure in life, love and sex, rites of passage into the big wide world, etc – eluded me. I just didn’t get that, although I told these stories so often.

Everything changed one rainy day in the summer of 2011 in the steep vineyards above the Rheingau wine village of Lorch thanks to the woman pictured above, Regine Schneider of the Schneiderei PR and marketing agency in Berlin. I was on the road with film director Alexander Saran and his team shooting the second series of the TV series Weinwunder Deustchland, or Wine Wonder Germany, for Bavarian Broadcasting (a PBS station). That day I had to interview young winegrower Eva Fricke of the eponymous start up winery in the vineyards high above the river Rhine. She told me beforehand that she was nervous about appearing in front of the camera and asked if she could bring a friend with her for support. I explained to her what the situation on location would be, and told her that as long as her friend accepted this she could join us that day. Her friend was Regine Schneider.

I got on very well with Regine from the first moment. We frequently had to interrupt shooting to wait for the rain to stop, and this gave the three of us plenty of time for chatting and storytelling. The subject of America came up and I told one of those “after-dinner” stories about my first trip there, the one about a PR woman. Both the young women found it very entertaining and Regine suggested that I should write the whole story of that trip down, because, “there’s so little literature about really bad PR.” Suddenly, there was not only a reason to write, but also a potential title. 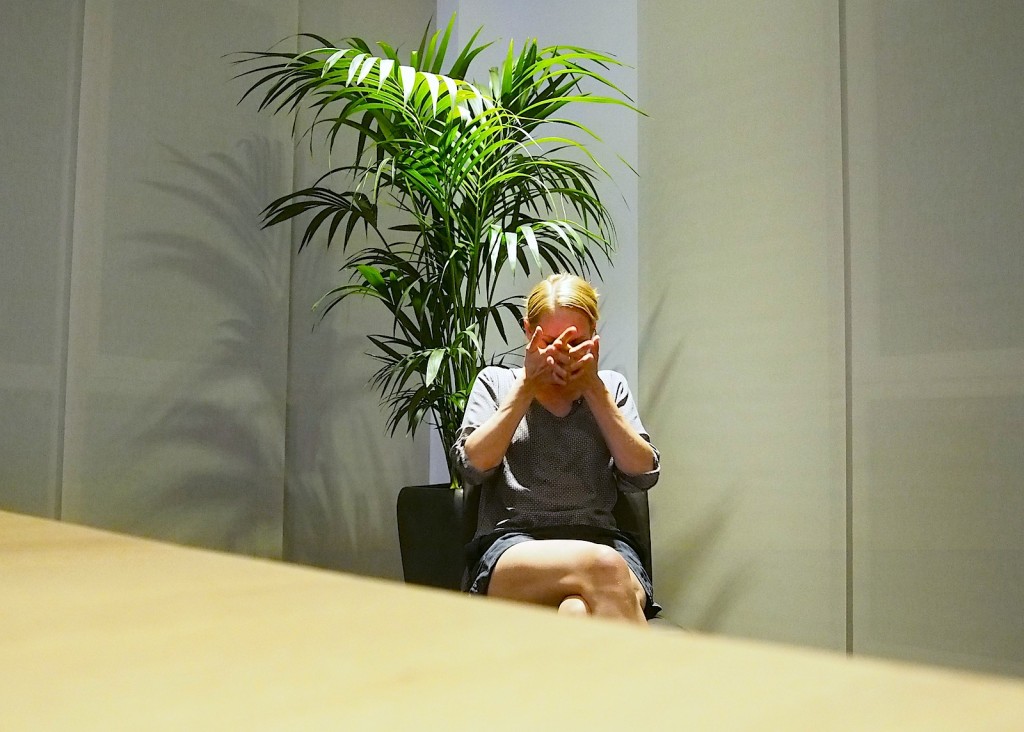 That was a couple of steps forward, but only small ones. Just as a murderer needs a motive to kill his victim, so a writer needs a compelling reason to write a story – at least if there’s no money being offered to do so. Over the next years I saw Regine Schneider a couple more times, and each time she asked me about the Very Bad PR story. However, I saw Eva Fricke (pictured above – her choice of photo!) more often, because I was closely following the development of her dry and medium-dry Rieslings. During the last four years they went from being very good to really spectacular, so we often tasted them together, and each time she would ask me when I would finally around to writing the Very Bad PR story. That didn’t provide me with a reason to write it, but her niggling reminders prevented me from forgetting the project.

Towards the end of 2014 I realized that the story of my first trip to America was the logical place to begin a book about the unsung winemaking heroes and heroines of America, because it explained how and why I got hooked up with wine and with America. That makes it the backstory to all those stories. Writing it took me some time, due to the interruption of my round the world trip in January-February 2015, but I completed it in the spring. At first it seemed unfortunate that the idea of publishing my stories about the unsung winemakers of America as a printed book wouldn’t fly, but in the end this proved to be fortunate, because it forced me to see them as a series of much shorter self-contained works. Then came the realization that self-publishing as e-books for Kindle is really rather easy. Just as a murderer needs to have the means to kill his victim, so a writer also needs the a practical method to publish his story in order for it to be viable. 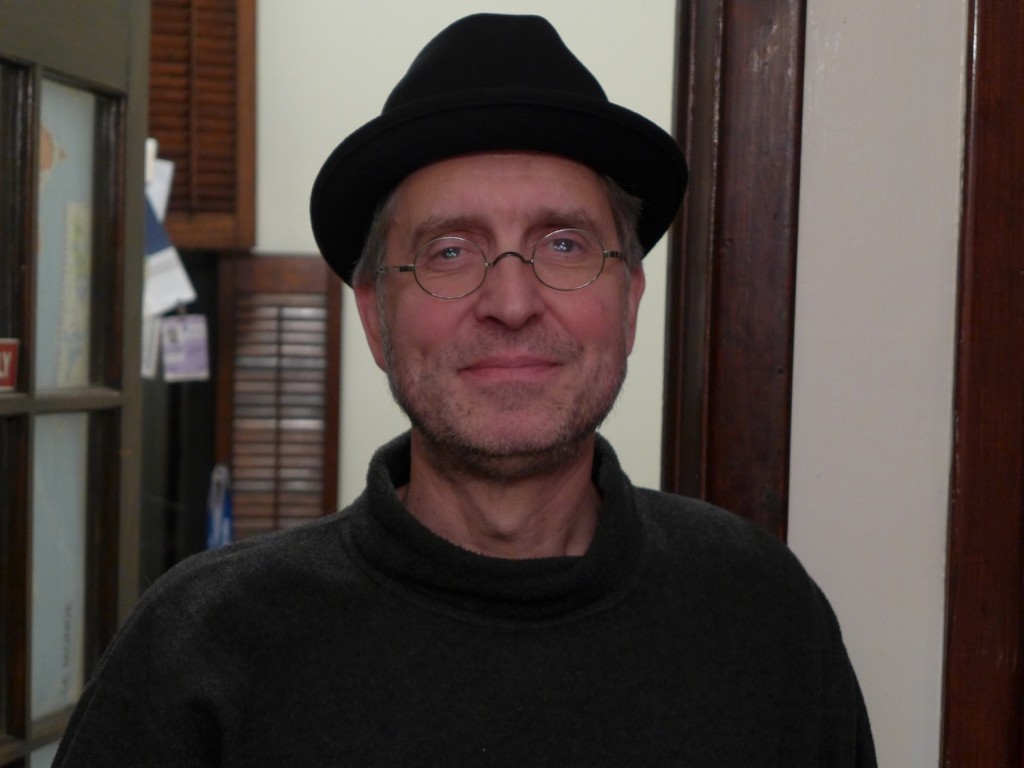 Seeing this story as a self-contained entity, rather than a long book chapter, greatly helped focus my mind on how to make the story more exciting to read. The final impulse came from a conversation with my friend the TV producer and reporter Jürgen Fränznick, pictured above just a few weeks ago. Jürgen helped me move all my stuff into my new NYWC abode in Williamsburg, Brooklyn after which we went for a coffee together in the nearby Oslo coffee bar at 328 Bedford Avenue. Jürgen told me that he had something important to say about the stories on my blog, but it was critical, so did I want to hear it? I said that made it even more important for me to hear it, and he told me that the stories on my blog were too elliptical to ever achieve wide popularity. It was quite a shock, but a good shock, because it gave me the final kick up the ass that I needed to sharpen up several crucial points in the story. For better or worse it is my first really straight story!

Thanks once again Regine for setting me on this course!