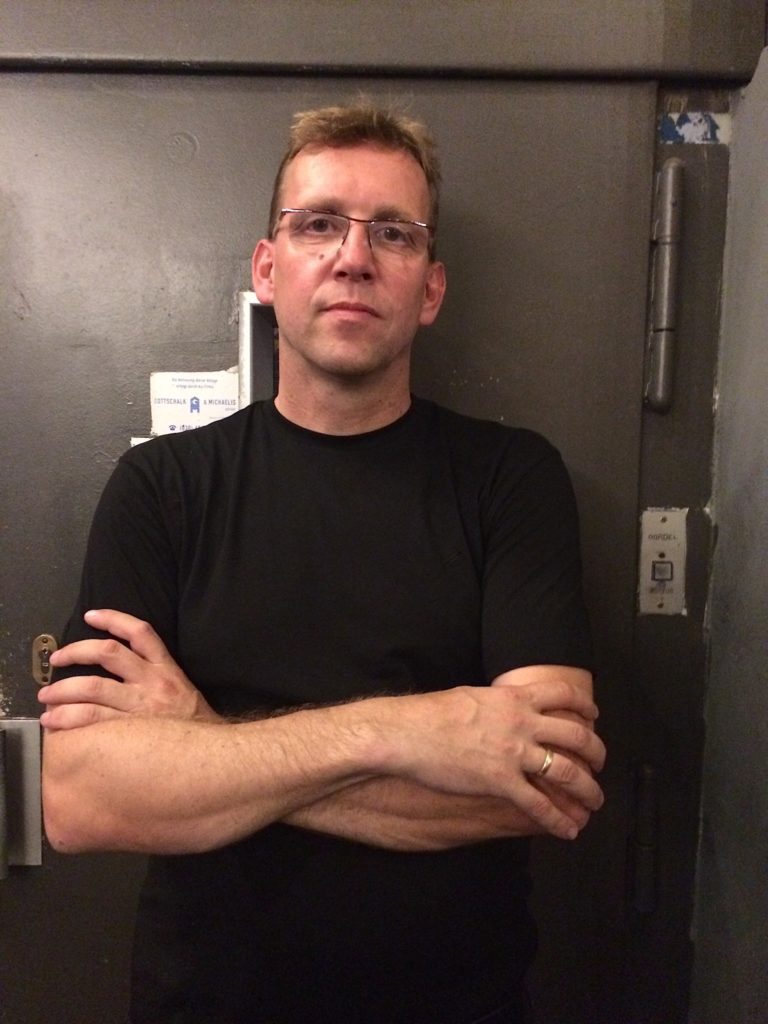 Light is not exactly the coolest word in the wine scene and it hasn’t been so for a long time. Many years ago it was rudely pushed aside by “concentrated”, “powerful”, “gobs of fruit”, “mineraly”, “authentic” and, finally the most holy of them all, “natural”. However, light has a long-term German champion in Martin Tesch of Langenlonsheim/Nahe, pictured above. Since the 2001 vintage he has been systematically promoting the idea that dry Riesling should not only actually taste dry, but that it should also be a wine with a certain lightness. I know it sounds like contradiction in terms, but Martin Tesch is radical and uncompromising in all that he does, however, he is not an extremist.

What do I mean by this? Martin Tesch has found that the range of 11.5% – 12.5% alcoholic content fits ideally with the bracing natural acidity and bone dryness of his Rieslings. He doesn’t want to push it any lower than that though, because in his view this would mean sacrificing balance. Martin Tesch has no interest in getting into a numbers game, much less in being holier than thou. Instead, by sticking to this range and this type of balance he has been able to perfect one of the great food wines of the world. It has also enabled him to become one of the most consistent producers of dry whites in the world, regardless of grape variety and region. Since the 2007 vintage every wine I tasted from him was excellent, and every time I encountered one of those wines a few years after release it was every bit as delicious mature as it had been when released. The contrast to some other well known producers of dry Riesling is striking, but even more so if you take some well known producers of Chardonnay. Martin Tesch’s wines have no problems at all with premox (i.e. premature oxidation) of the kind that are widespread with white burgundies. 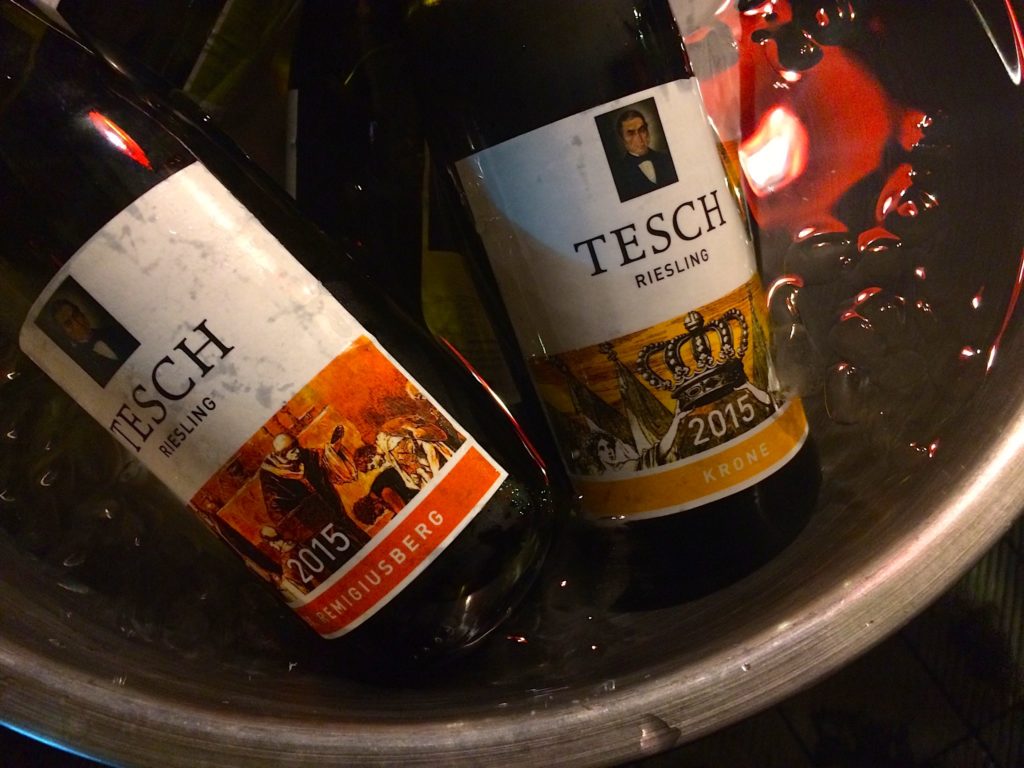 There is, however, one area in which Martin Tesch wants to push the numbers lower and that is the weight of the bottles he uses. It is a little-known fact that by far the largest part of the carbon footprint of a bottle of wine is the glass bottle itself. This is why almost a decade ago the Champagne industry developed a new bottle that is 65 grams lighter than the 900 gram bottle they were previously using. It’s use became standard from the wines of the 2010 vintage and non-vintage blends based on this vintage. With the 2015 vintage Martin Tesch has switched to a 370 gram bottle, down from the 420 gram bottle he used for the previous vintages. (Please note, bottle weights for sparkling wines are higher than for still wines because of the 6 atmospheres pressure in the bottle). The 12% drop in bottle weight at Weingut Tesch may not seem that significant, but compare those 370 grams with the 700 grams weight of the bottle used for Germany’s new high-end dry GGs (Großes Gewächs) wines and it is 47% lower. That is a lot of carbon emissions saved. VDP please take note. And don’t forget, there are even heavier and more fancy bottles out there!

Of course, the wine in the bottle is the most crucial thing for the drinker and 2015 is, by a modest margin (over 2012), the best vintage Martin Tesch has made to date. The wines are not only impressively fresh and vigorous, they are also delightfully delicate and subtle, and, of course, wonderfully light. If you are able to buy direct from their maker they cost from Euro 9 for “Unplugged” up to just Euro 14,90 for the St. Remigiusberg. These are very friendly prices for wines that are this well made and have this much individuality.