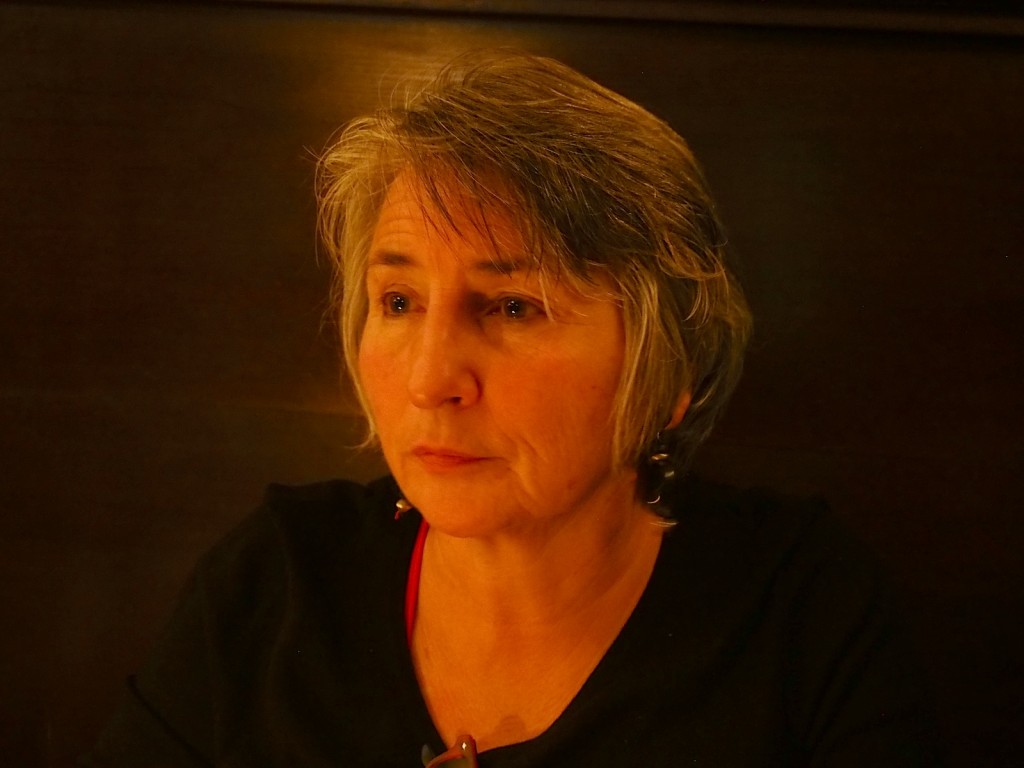 Wine is not only an emotionally charged product, it is also a catalyst of emotions. You want to go one way and it leads you another, sometimes dragging you by the scruff of your neck while you kick and scream. On Saturday evening I’d planned to say completely different things to those I actually said, and it was the wines that forced my hand.

I was part of the annual wine Heymann-Löwenstein (H-L) dinner at the Weinstein wine bar in the Prenzlauer Berg district of Berlin. It was there that I took the above photograph of H-L founder Cornelia Heymann which captures the serious side of this event. 8 dry H-L Rieslings of the 2012 vintage from different terroirs around Winningen, Terrassenmosel were poured. The H-L wines should be world famous not only because of their remarkable character, but also for being the original New-Old style Mosel Rieslings. They were the stylistic model for producers like Clemens Busch and Lubentiushof (also Terrasenmosel) along with Peter Lauer and van Volxem (Saar), just to name the most obvious examples. It was Cornelia Heymann and Reinhard Löwenstein, pictured below, who back in the early 1990s showed that Mosel wine could not only taste different to the “classic” wines with their light body and intense interplay of acidity and sweetness, but a dry yet richly textural style that was spicy and mineral-driven was not only possible, but exciting. None of this is widely appreciated internationally. For example, in New York Wine City (NYWC) Clemens Busch is presumed to be a rather new producer, although when I first met him in 1987 and his current style goes back to the 1999 vintage. 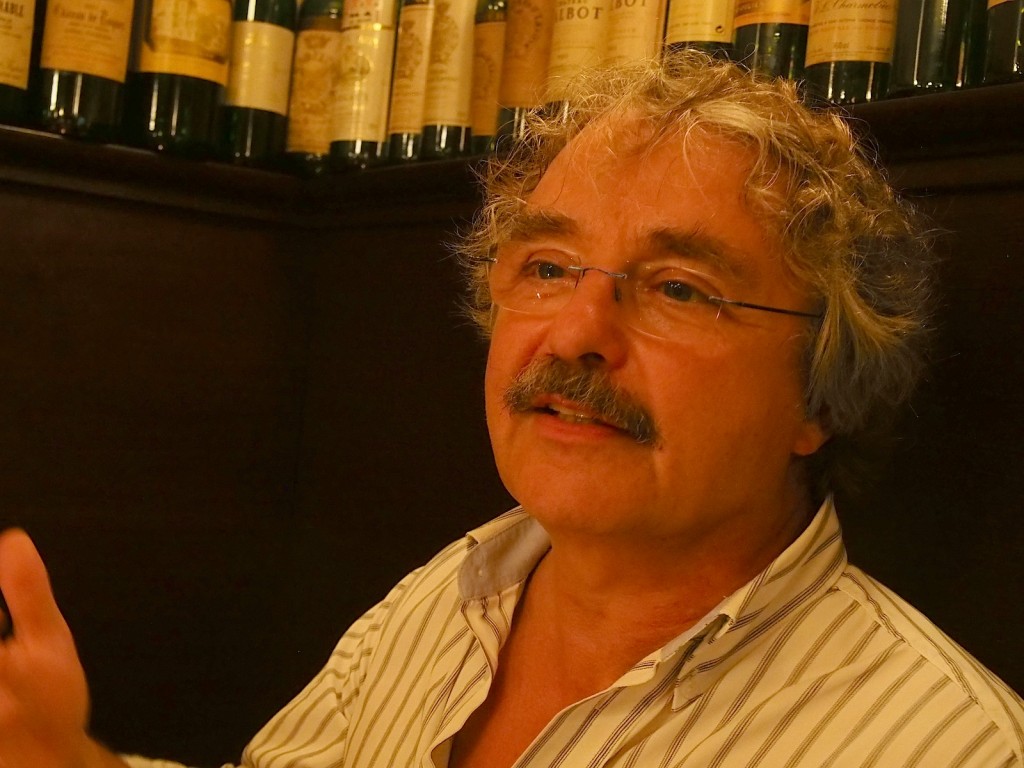 Perhaps the reason for this is that from the moment they founded H-L in 1980 until only a few years ago what Cornelia and Reinhard did was considered by the majority of Germany’s wine establishment to be incorrect. That was in spite of the fact that H-L had a cult following here, often topped blind tastings, and received some major foreign accolades such as the top prize in France for the best non-French wine. This, the way the wines tasted, and a small incident at the beginning of the evening when a guest asked Reinhard Löwenstein for analytical data – he was desperately trying to “make sense” of the wines rather than letting them make an impression upon him – made it necessary to incorrectly describe them to the guests.

There’s a bunch of things we can explain about terroir, such as how a high chalk content in the soil tends to make white wines that have a certain roundness, but in this there isn’t yet a scientific explanation for that. Knowledge and mystery go hand in hand, and in this case they not only get along really well with each other, they’re actually in love. That’s what 2012 Uhlen Blaufüsser Lay made me say. It is one of three very different dry Rieslings H-L produces each vintage from the Uhlen site of Winningen, the others being the Uhlen Laubach and the Uhlen Roth Lay. Each comes from terraced vineyards sitting on a different geological formation . The Uhlen Laubach is on chalk-rich slate (which is very rare) and has a round, almost creamy texture every year. The Uhlen Blaufüsser Lay is on hard blue slate, is the sleekest of the Uhlens in body and the coolest in aroma. Finally, there’s the Uhlen Roth Lay which is the most powerful and rich, but with an astringency that you either find taxing or enticing.

All of this is old hat to German H-L fans, but I’m guessing that for most readers in the English speaking world it’s all new. The 2012 Uhlen Roth Lay and the 2012 Röttgen – another site close to Winningen, one that gives wines with a tropical character (think durian!) – messed with my head in a pretty serious way, dragging memories of moments in movies that had made a deep impression upon me many years ago. The 2012 Röttgen reminded me of that scene in Dr. No, the first James Bond film, where Ursula Andress climbs out of the tropical surf in a white bikini with a big diver’s knife in her hand. Regardless of what you think of the scene, I don’t think anyone who saw it could forget it. The same applies to the moment in David Lynch’s Blue Velvet that the 2102 Uhlen Roth Lay reminded me of. I’m thinking of the one when the youngster played by Kyle MacLachlan emerges from the closet after having watched the strange tryst between the singer played by Isabella Rossellini and the gangster played by Dennis Hopper. When the youngster ends up in her arms, she tenderly asks him, “hit me.” Now that was definitely an incorrect way to describe those wines, but the wines wanted it that way and I did their bidding. Afterwards, it struck me that this was appropriate given the daring course that Cornelia Heymann and Reinhard Löwenstein have taken and continue to take.