New York Wine Diary: Day 2 – A Look in the Rear-View Mirror at 1990 (Mouton, Chapoutier and Riesling) 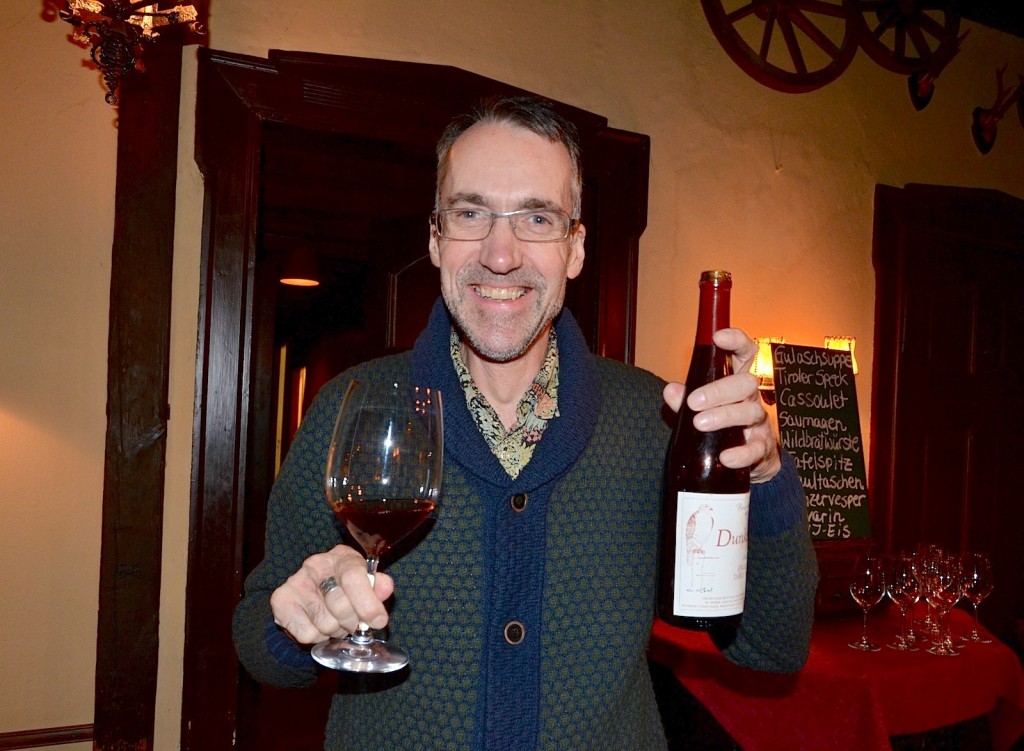 Drinking wine is always to some extent about looking back through the rear-view mirror at the past, because the wine in your glass didn’t just miraculously form there, rather, in the more or less distant past somebody made it then put it in that bottle. Even – a heretical statement I know! – so-called “natural” wines have all been made and bottled by someone, even if she or he’s claiming to have a direct line to God, can literally feel the Force, or has the hots for the divine. Good, bad and ugly wines are all made.

Of course, you can do this rear-view mirror thing more systematically as a group of friends and I did on my last night in Berlin, by focusing on one particular vintage. We Berliners picked 1990 because just the it was the other day that there was the 25th anniversary of German reunification on October 3rd, 1990. I’d missed the Berlin Wall coming down, because I had terrible spinal problems in the summer and fall of 1989, but on October 2nd 1990 I rose early at my apartment in Bernkastel on the Mosel and set off by train Berlin (a 12 hour journey back then!) to experience the celebrations there that night. At the very moment of reunification, midnight of the night October 2nd to 3rd I passed through the Brandenberg Gate at the center of a peaceful crowd estimated to be one million strong. The best thing of all was that the PA system was too weak for us to be able to hear the politicians pontificating about their great achievement and the momentous historic moment; perfect!

1990 was also an excellent vintage for German Riesling – arguably the first of the current Golden Age – and I stashed a lot away as a result. However, during the intervening 25 years there were plenty of opportunities to open those bottles, and so my stocks are now down to the point where I could just about offer a selection of these wines. A couple of friends were in the same situation, some of them having high-end French reds that I hadn’t bought back then, so we clubbed together and invited a handful more people who we felt would really appreciate the wines to join us in the Kurpfalz Weinstuben in Berlin. That’s where the photograph above (taken by my dentist Gerhard Gneist, like all the following pictures) was taken. I’m holding the first wine of the evening, the 1990 Dunkley red from England (!), a wine that was theoretically made from Pinot Noir grapes and was just about alive. 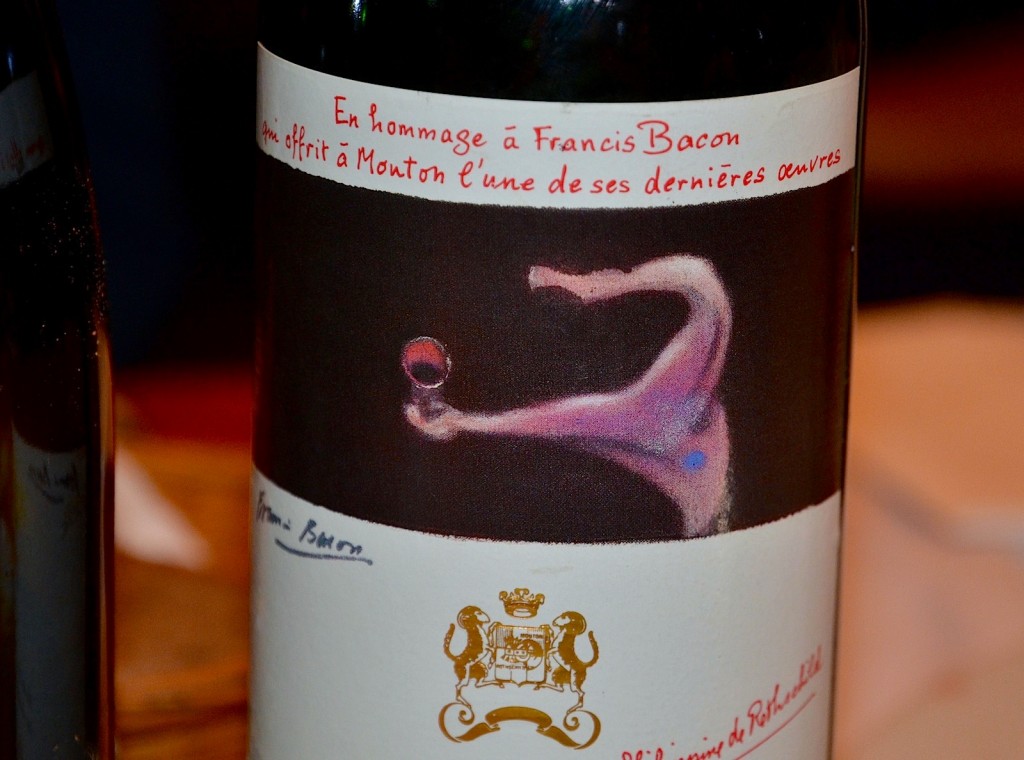 After this bizarre start to the evening we turned our attention to more serious red wines, including the 1990 Château Mouton-Rothschild with the painting by Francis Bacon on the label – the Irish painter died just before the wine was released and the painting had been lying in a draw at Mouton for years – and its smaller brother from the Medoc, Bordeaux the 1990 Château Clerc-Milon. The 1990 Mouton was darker in color, more youthful and more oaky in aroma, more powerful and tannic in taste than the 1990 Clerc-Milon, but opinion in the group was divided as to whether all this “more” made it better. I was one of the group who preferred the more elegant and harmonious taste of the smaller brother; a delicious glass of wine, if not mind-blowing. More than anything else it was the characteristic aroma of roasting coffee beans of the 1990 Mouton that either turned us on or off the Mouton according to our personal taste. The real competitor to it was the 1990 Hermitage La Sizeranne from the house of Chapoutier in the Northern Rhône, a wine of peppery power and great balance. The wines from this producer today are much more flashy and bigger than this, and I wonder if they will age anything like as this one did. 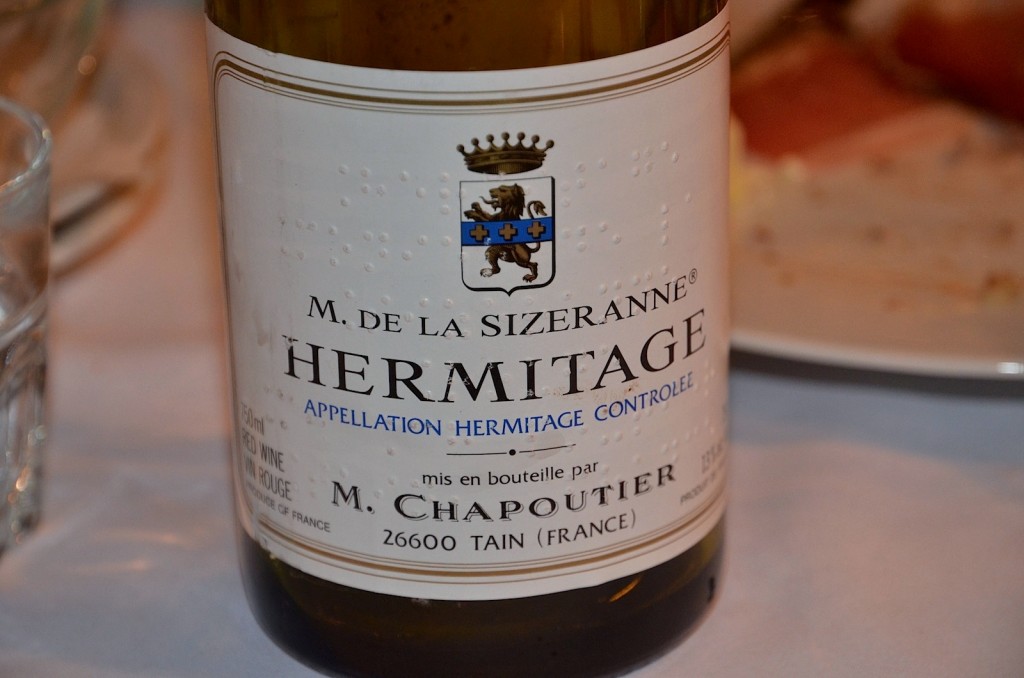 Then we switched to German Riesling and the change was like going from day to night, because of the enormous freshness of the 1990 Graacher Domprobst Riesling Auslese from Weingut Willi Schaefer in the Mosel. I remember this as a young wine and it always had the same diamond-like brilliance and positive hardness (it has a stack of acidity!) that it did the other evening in Berlin. Blind I would have guessed it to be no more than half it’s actual age. nobody was hesitant about praising this wine and it was a tough moment when the last drops were poured from the bottle. My guess is that in another 10 or even 20 years this masterpiece of Mosel vitality and delicacy will taste just as good! 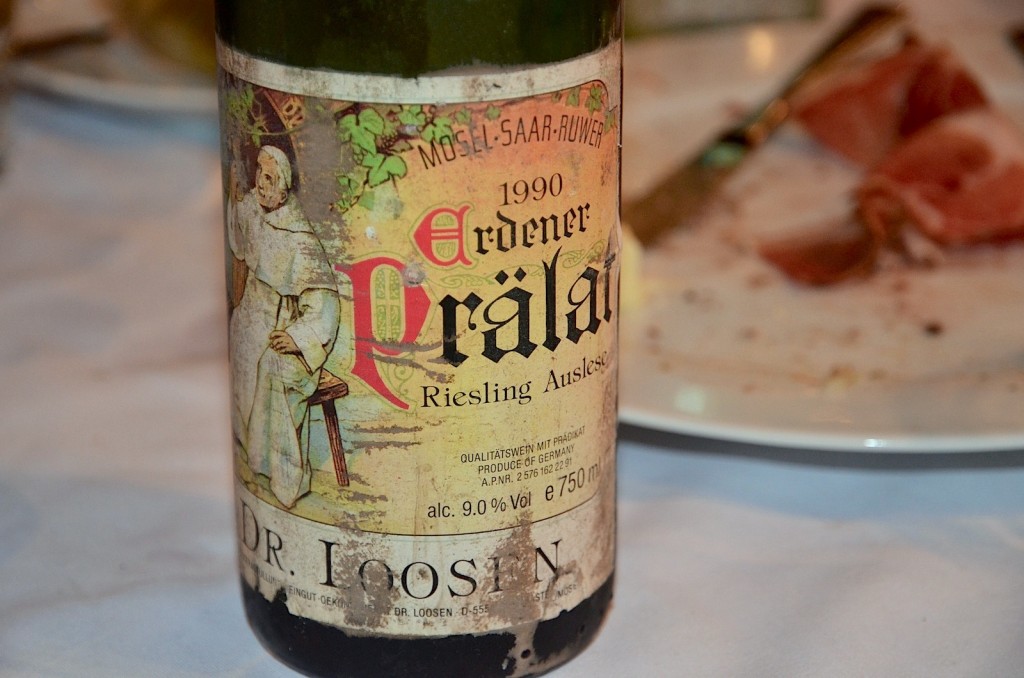 Then came a pair of Gold Cap, i.e. best barrel bottlings of Auslese that were truly extraordinary. The 1990 Kiedricher Gräfenberg Riesling Auslese Gold Cap from Robert Weil in the Rheingau was an opulent wine packed with dried apricot aroma and at least as much power as the 1990 Mouton had in its very different way. Here was a wine of the kind that win blind tastings, and not without good reason. As imposing as it was, I was completely bowled over by the 1990 Erdener Prälat Riesling Auslese Gold Cap from Dr. Loosen in the Mosel, because here there was no fat on its sinewy and tautly muscular body. As Paula Sidore of www.weinstory.de said, it tasted of the peach stone rather than the flesh of the peach. To me it tasted as mineral as any wine gets, and this component of the wine seemed to soak up the sweetness (not high) in it completely, so that it tasted totally clean and invigorating. As I swallowed the first sip of it the 25 years seemed to dissolve for a moment. Then I realized that all I was doing was looking in a rear-view mirror that was turned in a particularly favorable direction, and the next morning I would have to pack my bags and fly to New York…

Many thanks to Rainer Schultz of the Kurpfalz Weinstuben who will be retiring at the end of October after 40 years at Berlin’s most historic wine bar. Much of that history he wrote!