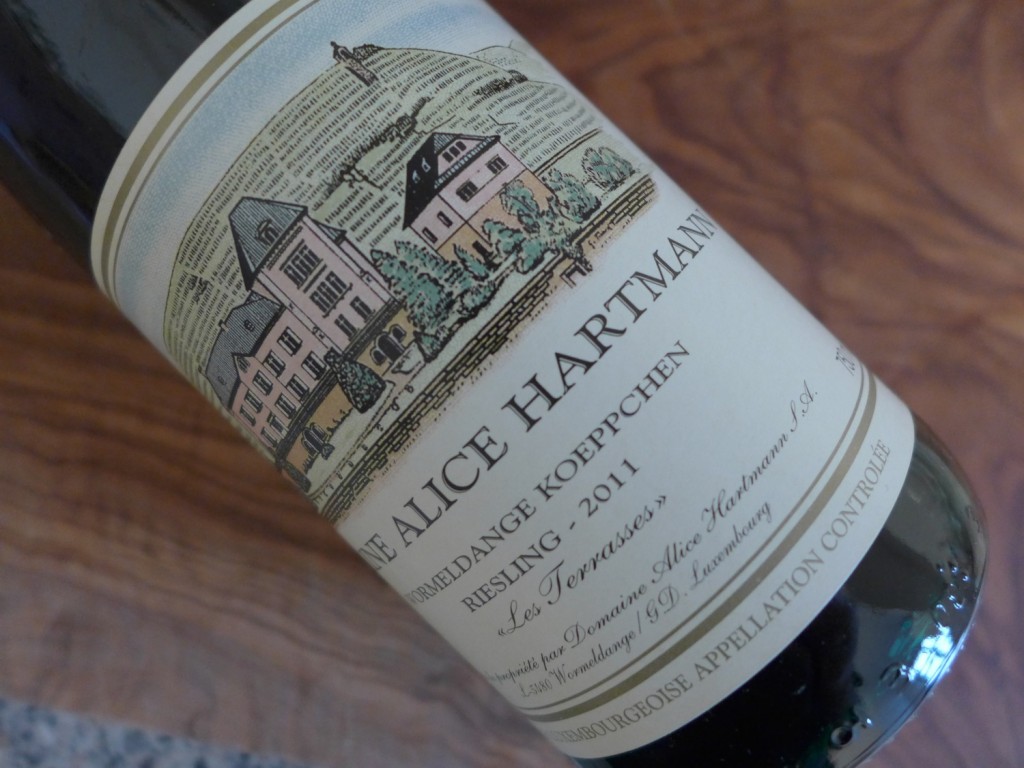 Great Mosel Rieslings grow on slate, have a racy acidity and taste most exciting when some natural grape sweetness was retained. Well, yes…sometimes. I’d known that Riesling is also grown on limestone in the German Obermosel, or Upper Mosel, and just across the river in Luxembourg for decades. Since a few years I’ve known that one of the best producers of such wines was the Domaine Alice Hartmann in Wormeldange. But, when I tasted the 2011 vintage dry Rieslings made there by German winemaker Hans-Jörg Befort my jaw dropped. This is the most exciting discovery I made in Europe during my research for BWWOE – The Riesling Book, and I made it almost at the last possible moment. The manuscript has to be finished on coming Friday, November 1st!

The place of origin and quality of these wines is just one aspect of this thing though. The other is that they taste absolutely nothing like the Mosel Rieslings grown on slate. Although they have a lively and animating acidity, this isn’t pointed, much less piercing; words I would use for typical Mosel Riesling which grew on slate. Let’s take the best wine I tasted as an example, the 2011 ‘Sélection du Château’ (you can still buy the 2012 for 19 Euros direct from the domaine) had super-ripe yellow fruit aromas, not only peach, but apricot and some mango. In the mouth it was really creamy, but properly dry with a very long silky finish that was delicately spicy. There was none of the tension of a Mosel Riesling grown on slate, but in an entirely different way the wine was really complete. The first time I visited wine producers in Luxembourg I was told that the Wormeldange Koeppchen was a great vineyard site and here is a wine that proves that.

I always found Luxembourg a slightly odd place. Take one of the bridges across the Mosel River from Germany to Luxembourg and it’s like stepping off a flight in China. Everything is veryFrench, yet inexplicably unlike any actual part of France. Then you listen to the locals talking and you realize that although a lot of French is spoken, the dialect is actually a form of German. For a long time their combination of low taxes, a liberal financial sector, and a highly chauvinistic attitude to everything indigenous held the wines back. It was just too easy to sell mediocre quality for an inflated price. Now there’s a new spirit and it requires investigation. Unfortunately, I have to keep this short in order to catch my flight to New York where I will finish work on BWWOE – The Riesling Book! For more information visit: