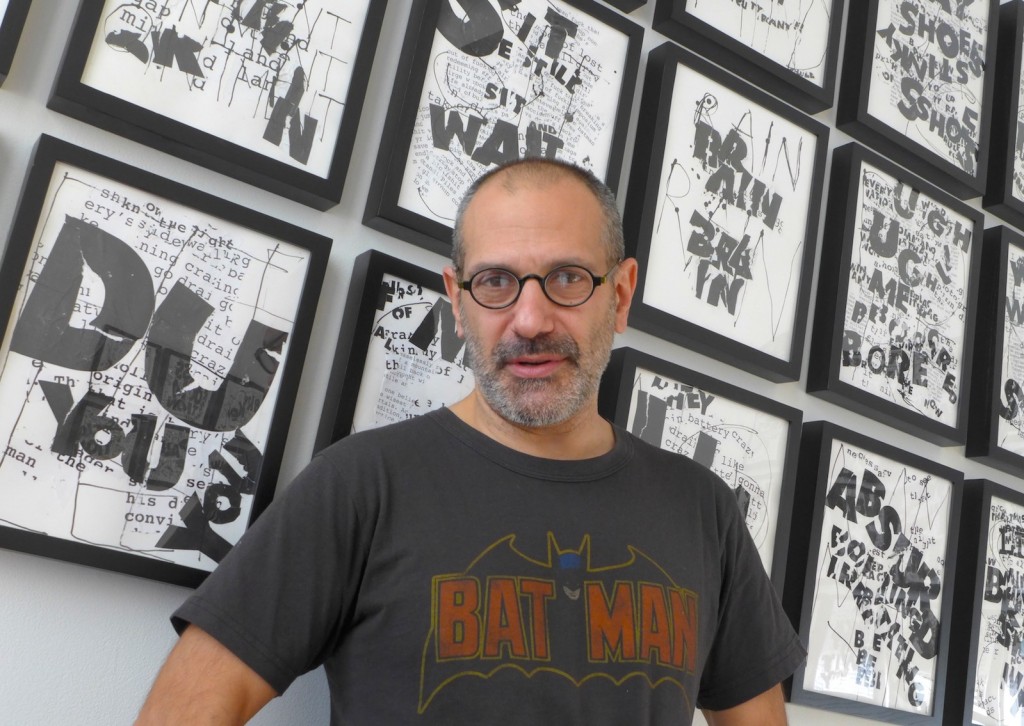 It was exactly one year ago that I arrived for my first long visit to NYWC, so why is there a photograph of artist and graphic designer Steven Solomon at the top of this anniversary posting on STUART PIGOTT RIESLING GLOBAL? Well, it was a meeting with Steven just a couple of weeks after my arrival in NYWC which persuaded me to abandon my irrational rejection of social media and certain forms of non-virtual social interaction. That was the beginning of the sea change which turned me into the person I am now and made my new book BBWOE – The Riesling Story possible. The other reason is that yesterday I got a sneak preview of Steven’s latest work, some of which is seen behind him.

There are several thing which makes it so interesting, beginning with the fact that it manages the very rare balancing act of being readable, i.e. literature in some sense, yet it also has a fully developed optical aesthetic, i.e. it is definitely visual art. The second is that as different as their content is – e.g. SWEAT / PONDER / FREAK OUT – these new images grow out of the graphic design work that Steven has done for the Terroir wine bars and the Summer of Riesling over the last years. Normally it’s the other way around and graphic design parasitic upon visual art. I think this can only work in the case of someone like Steven who has been continually pushing the limits of what graphic design can be over an extended period. Now the writing is literally on the wall (at Foliage, 547 West 27th Street, # 600, between 10th and 11th Avenues – opening times to be announced soon). 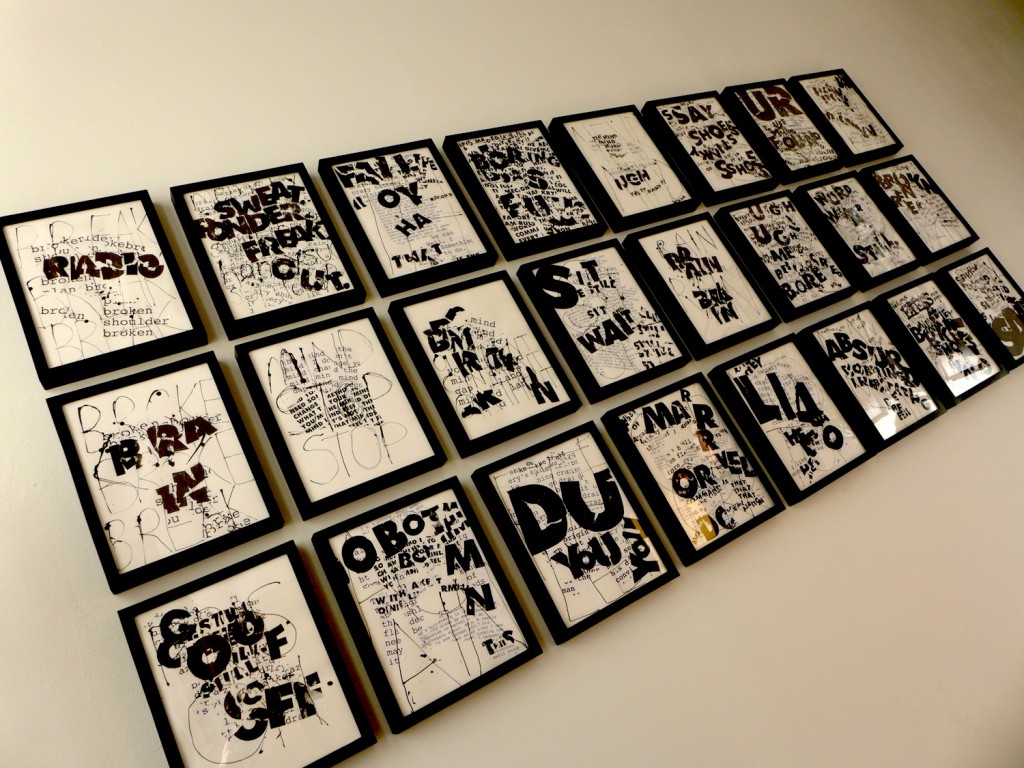 There is more to all this though, for Steven has also transformed himself through producing this work, that is has turned himself from the great Stickermeister of old into the brand new Speedpasterobot. What exactly this new identity means for Steven I’m not entirely sure, though I feel sure that I will find out bit by bit as I delve into this pool of joyful angst that needs the daylight to bring out its outrageous humor, just as Franz Kafka’s stories need to be read as comedy in order that the contrast and color saturation are adjusted to the right levels. Further information can be found at:

PS Now I must return to solitary confinement in writers’ prison to continue work on the copyedited manuscript of BWWOE – The Riesling Story in order to keep my book on schedule for publication very late May/very early June by Stewart, Tabori & Chang (a division of Abrams Books here in NYWC).