New York Riesling Diary: Day 67 – Another Nail in the Coffin of the Absurd and Disastrous Mosel Bridge? 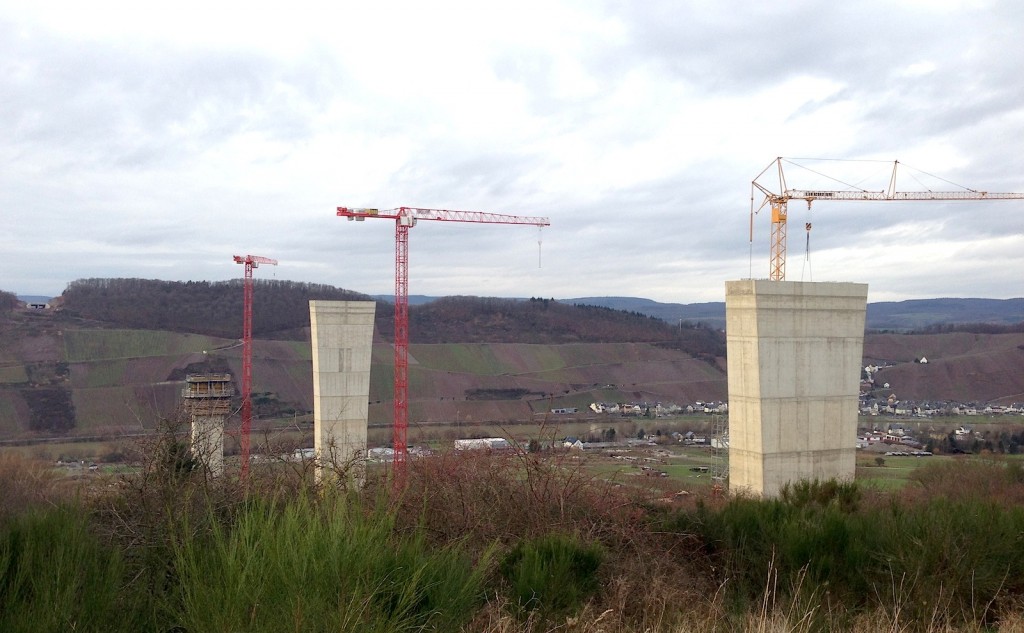 The shit is hitting the fan because the absurd and disastrous Mosel Bridge under construction close to Ürzig and Zeltingen-Rachtig on the Mosel Valley is finally being questioned. A week ago I reported how Der Spiegel, Germany’s equivalent of TIME magazine, had obtained internal papers from the economics ministry of the German state of Rheinland that cast serious doubt on the feasibility of the bridge due to the geological instability of the steep slope on the Ürzig side of the river (left bank). Their article published on December 20th landed like a bombshell in the state capital of Mainz.

Today came the next hammer blow for the dumb politicians and civil servants in Mainz who have repeatedly refused to face up to the facts on this project. The major regional newspaper for the Mosel, the Trierischer Volksfreund printed three serious articles about the literally fundamental problems affecting this project. On the front page Harald Ehses, the director of the state office for geology and mining was quoted as saying of the site for the supporting pillar of the planned bridge on the Ürzig side of the river, “more than a decade ago we pointed out that this is an unstable slope“. What he means is that the foundations of that pillar are planned to go down to a depth of 47 meters, but the bed rock doesn’t begin until 70 meters below the surface, and above it is mix of small rocks and boulders bigger than a house. And sometimes all that stuff moves about! For these reasons Ehses considers a detailed study of the site absolutely essential, but this study was only very recently ordered and there’s good reason to think it will be rushed or even fudged. The most important of the three stories was the editorial by Katharina Hammerman who asked several of the questions that we in the opposition have been posing for years (and been laughed at by the politicians and media for asking), “Why did construction start before these questions were answered? That’s completely incomprehensible, yes absolutely mindless. That the government is trying to keep this information from becoming public says everything.” 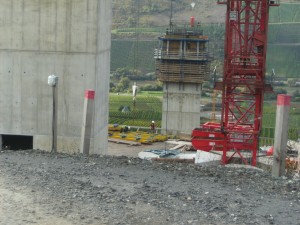 The photos here show how far construction has advanced without the stability or safety of the bridge being guaranteed. That’s totally mad when you consider that planning began during the 1960s! Since then the political justification for the bridge has changed many times, and the federal transport ministry’s calculation of the benefit-cost relation has been revised down to below the acceptable minimum for major new construction projects. However, the Mosel Bridge still went ahead. By the way, if the benefit-cost relation were recalculated today it would be revised down again. And none of the politicians ever took the damage to the wine and tourism industries from which the region lives seriously. Shame on them!

One Response to New York Riesling Diary: Day 67 – Another Nail in the Coffin of the Absurd and Disastrous Mosel Bridge?