Are the German people really no more than shadows? 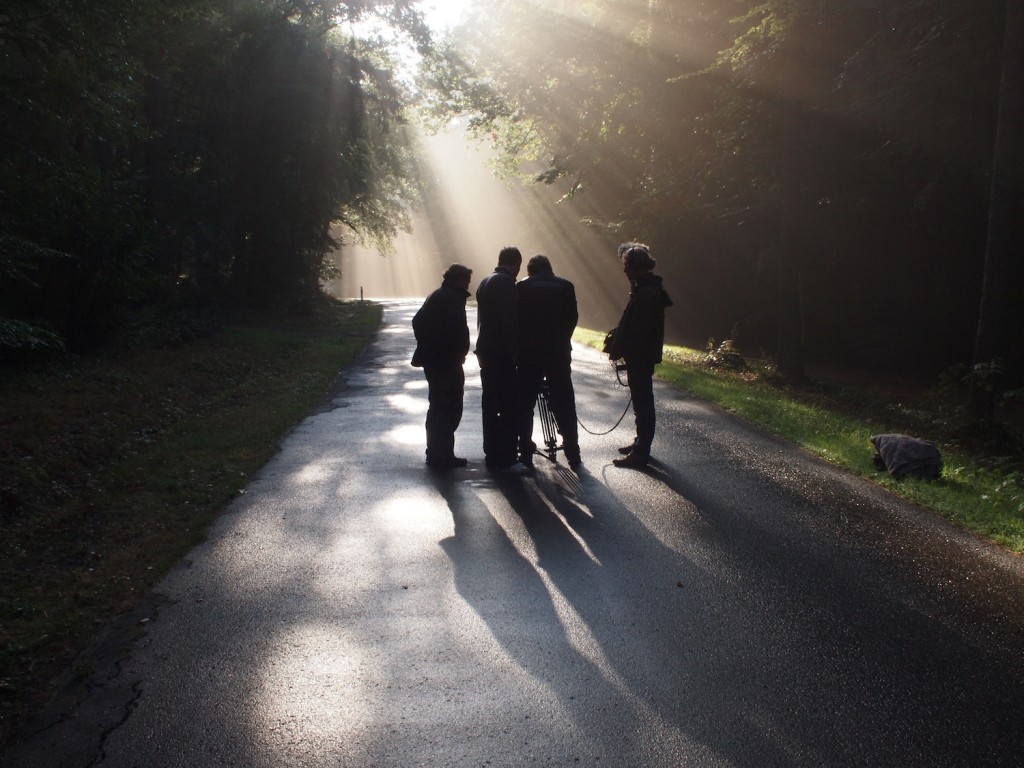 as you well know I’m now in Berlin writing this in St. Oberholz on the Rosenthaler Straße, a café full of young people online. Of course, without an invitation of the kind that I extended to you late last year, you are following some of them because they’re involved in what you call “low-level” terrorism, i.e. express opinions contrary to the official line in your countries. But then, the German government is doing that too by insisting that, whether your governments sign no-spy pacts with Germany or not, on German soil German law applies to you and the employees of your organizations no less than to anyone else. Since I arrived here I’ve found that you can also read all about the opposition to your activities here on the websites of conservative pro-America newspapers such the Süddeutsche Zeitung (SZ) and the Frankfurter Allgemeine Zeitung (FAZ). But you’re better informed about all this than I am, my only question is whether you realize what this means.

As you know all too well we live in an age when information is easily available by the tetra bite, but the really valuable alpha stuff is much hard to come by. We journalists see that, but have a different take on it to you. We are acutely aware that if you want to acquire knowledge you need to understand the context, not just the raw information. When you that information becomes knowledge. As Friedrich Nietzsche said, “the context is the facts”. The problem in the present situation is that for you the people of Germany are so many “other” people, just a crowd of shadowy virtual silhouettes. You can see where they (almost) all are and their outlines, but the shape of a shadow is something very different to how a person thinks and feels, in this case also how a large and complex nation thinks and feels.

Let me fill you in on the true situation here. The Snowden Revelations hit a particular nerve here, not least because it came out that you’d been monitoring the cellphone (or Handy as the Germans call it) of Chancellor Angela Merkel for many years. No major politician in Germany is more pro-American than Frau Merkel and this is why it shocked and outraged people here, most of all the conservative pro-America section of society. This you have inadequately described as “blowback”, and much of the American media has followed you in using that word. The problem is that outrage is way more than hot air blowing back. That’s something that the Germans have a feeling about in their guts  (im Bauch as the Germans say), not least because of Germany’s modern history, because of  the surveillance undertaken by the Nazi Gestapo and Communist Stasi. Every high school kid knows that history, but you don’t seem to have any idea what it does to a nation’s people to have been at the sharp end of that, as Chancellor Merkel’s generation was as young people. Since I returned here just over a week ago the beast in the Germans’ guts has stirred and sometimes roared.

The reason is the apparent refusal of the US Government – the buck stops on President Obama’s desk in the oval office – either to offer Germany a no-spy pact or to make a concrete commitment to obey German law on German soil. Instead of this Obama has made another eloquent speech and made a lot of other friendly noises, and the US ambassador to Germany has done a lot of smiling (its a really nice smile too!). The expectation in Washington DC and in your offices seems to be that, as in the past, the Germans will fall obediently into line albeit with great gnashing of teeth this time around. This is a massive miscalculation and shows how, in spite of listening in and reading so much government and private communications in Germany, you don’t begin to understand Germany, most imortantly the new generation of politicians and voters. I mean what you call the millenials and I call Generation Riesling.

Even if some of the Old Guard of German politicians are willing (with great reluctance) to do what you want, those belonging to Generation Riesling will refuse to accept this and will turn on that element of the Old Guard if they try push through something which breeches the spirit and letter of Germany’s constitution. In fact, another large part of the German Old Guard regards that prospect with the same revulsion, and some of them  are clearly willing to man the barricades to prevent it. From both these directions and across party lines Chancellor Merkel is already coming under such pressure to take some kind of stand. Also, although I’ve never met her, nothing suggests to me that she’s willing to just cave in on the position stated above regarding Germany’s constitution and other laws. Although she will do everything possible to smile when she meets President Obama in Washington DC in February/March when the door closes behind them there will be no more smiles. If no concessions are made and the President sticks to his current position, then the alliance of Germany and America which goes back at least to 1949 effectively ends, you gentlemen will face prosecution in Germany (assuming enough evidence can be found), and quite possibly the NATO treaty will become just another  piece of paper.

I write none of this with relish. You see I’m journalist who tries to understand the world around him, but I’m also a child of the Cold War for whom America was something inherently positive, and when I first visited America back in 1985 I fell in love with it (also because it fascinates the journalist in me). That’s why I fear the outcome I’ve just described, also because geo-politically it leads in a direction that isn’t good for Germany or America. At this juncture, I should point out that I was never a member of any political grouping, movement or party except for the Peace Pledge Union, a London-based pacifist organization. You already know all that, but all my readers don’t

I suggest that you all sit down with a big glass of good Riesling and think over which directions you and the politicians are pushing the Germans, and with them many of your other traditional allies. Then all of us in the Western World will be living in what my colleague Jürgen Fränznick calls, “the Wild West”. I’ll be drinking that glass of Riesling to remind myself that there are so many good and beautiful things in Germany, America and all over the world!