Berlin Riesling Diary: Day 5 – Give Us This Day Our Daily Bread, or the Story of Peter Klann – Part I 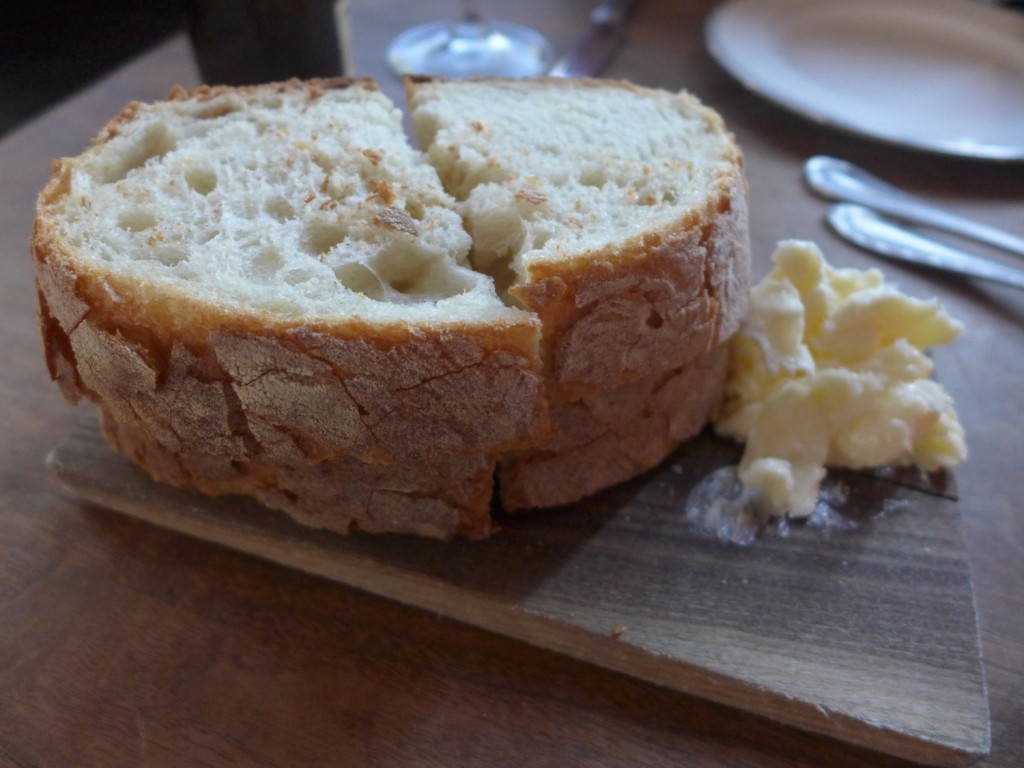 It was almost exactly a decade ago to the day that I began to think about bread actively for the first time and became aware of its relationship to wine (which only begins with the fact that both are the result of alcoholic fermentation). It was almost exactly a year ago that the news of the sudden death of the man who set me thinking about bread, Peter Klann of Soluna Bakery in Berlin, reached me. It was a terrible shock and the shockwaves are still reverberating within me. Perhaps it sounds melodramatic, but nothing will ever be the same.

Since Peter’s death my relationship with bread has only become more intense, as documented by the photograph above. It was taken in The Tasting Kitchen in Venice Beach/LA in June 2013 and shows what you get there when you order “bread and butter” for $5. Of course, there’s something provocative about charging that much for three slices of bread and a knob of butter. Clearly either it was going to be a complete rip-off or a revelation, and it turned out to be some of the best white bread I’d ever eaten. The whole meal was great and very much in the spirit of this appetizer, but it is the bread which sticks in my mind, reminding me of Peter Klann’s words as it does so: “you have to give yourself up to the dough when you are kneading it, rather than try to dominate it. You have to work upon it with your soul, then you get back a piece of yourself in the bread.” It might seem absurd that someone in LA of all places should work upon a piece of dough with their soul (isn’t that so 16th century?), but clearly someone at the La Brea bakery had taken the trouble to do so! 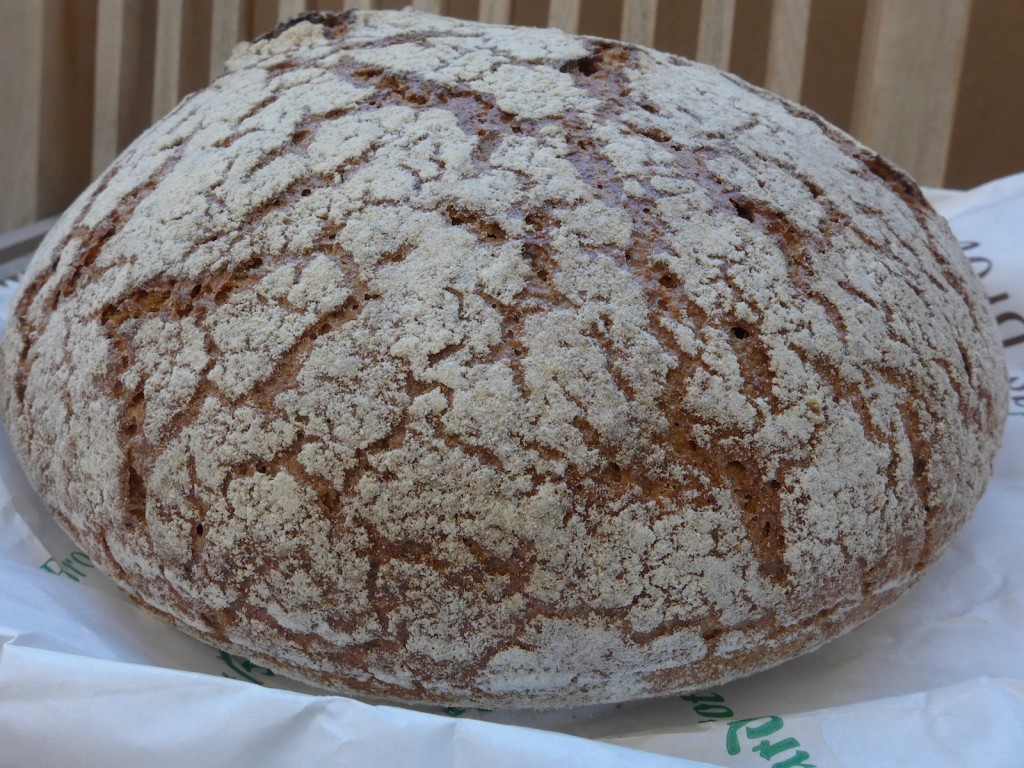 The bread I ate today was Spezial from Weichardt Brot in Berlin pictured above, a mixed wheat and rye bread which is dark in color, dense in texture, rich and slightly tart in flavor. There’s a clear connection here, because when about 20 years ago Peter Klann finally decided to follow in his father’s footsteps and learn the baker’s craft it was from Heinz Weichardt that he did so. By then Heinz Weichardt had long since become a follower of biodynamics, which back then was regarded with scorn as a kind of black magic by almost everybody. It was the high point of the technocratic attitude to food and wine, but as Weichardt and Peter Klann show, even then there were people willing to risk derision and ostracism to explore paths far removed from the Cartesian form of scientific thinking which insists on focusing on small parts and all but ignoring the far more complex whole. The problem with that is the fact that the world is a “network” composed of an untold number of interconnected “strands” and never remains still while we observe it, but is constantly changing. Our observing it changes it and we the observers are not static or unchanging either. 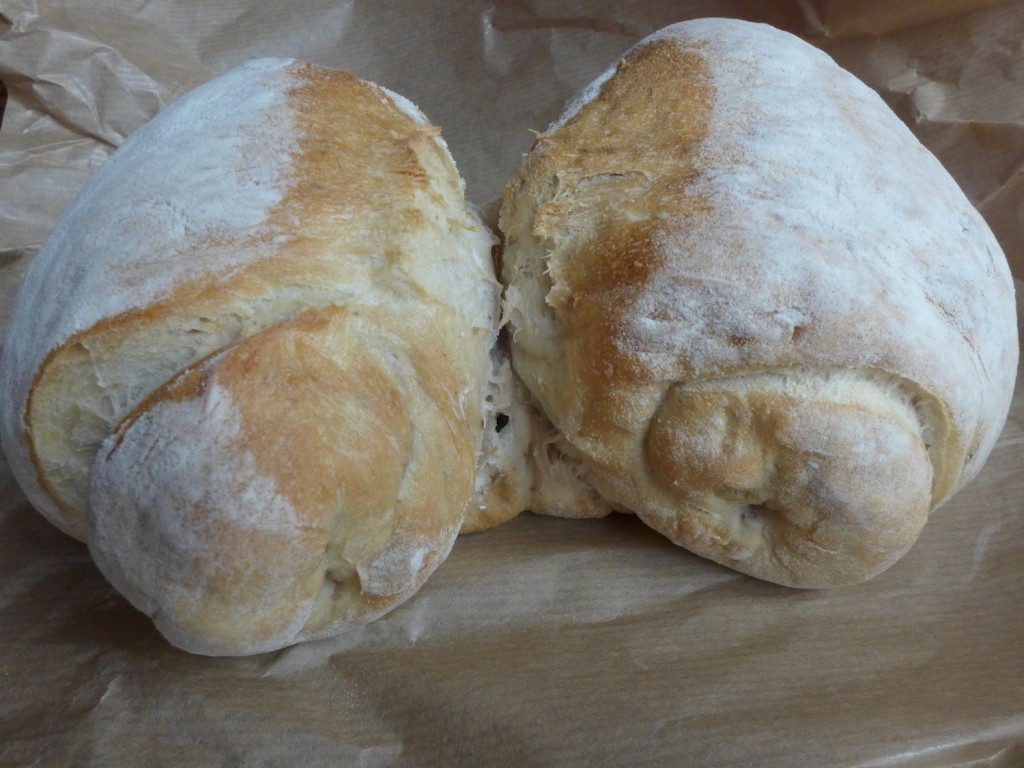 Of course, today, many more people are open for biodynamics on the basis that although science can’t explain how it functions it does (or at least some parts of the system do) indeed have an effect. The contemporary willingness to first judge the results, rather than prejudged them through a rejection of the theory behind them, also enabled Peter Klann to gain recognition through breads like his petit pain obscure pictured above. In this case he took something as banal and everyday as a white roll and completely reinvented it. What the photograph can’t show you is the amazing texture which it had that I could already sense the first time I broke one with my hands, and fully appreciated the first time I put a piece in my mouth. There was Peter’s “soul”, or whatever you want to call it, and from his bread I got a feeling for it before I ever met him (which that meeting confirmed). That petit pain obscure a decade ago was also the beginning of my obsession with bread. More about that very soon!