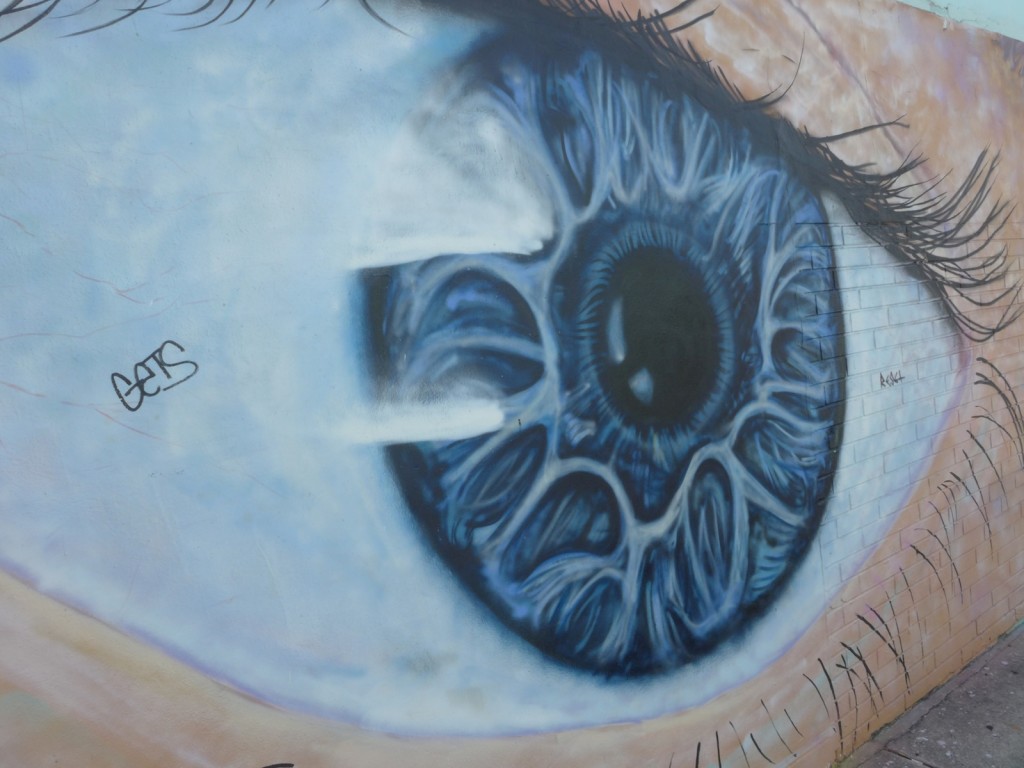 Here, much delayed by technical problems with the back end of my blog which prevented me from putting it up as planned on Friday, June 6th is the next installment of this series with no direct connection to Riesling or even wine in general. I make no apologies for that, because this is a matter with such far reaching implications that it connects with almost everything else on our planet.

This story may get lost in the crowd of other stories appearing on this, the first anniversary of the publication of the first Snowden revelations, but that prospect doesn’t deter me from reporting on some of the most important consequences of the fact that since 9/11 both of you have been trying to gain access to all electronic communications, and often succeeded in obtaining all the data of a particular type in a specific territory (e.g. tapping all the cellphone calls in the Bahamas for a period).

One of those consequences is particularly obvious to me, because I’m British, also a frequent visitor to the US and a long-term resident of Germany. My travel between those places frequently confronts me with a very different situation to that I was just in.  This keeps reminding me how both in Britain and the US some people are critical of what we now know you did, but the so-called silent majorities in both countries accept it, because they feel it is making them more secure. In contrast, in Germany there is almost unanimous condemnation right across the social and political spectrum, although this is often tinged with resignation and a feeling of helplessness. Did you guys get that yet?

For me, the current and decisive phase of what most Germans call the “NSA Affäre” began with German Chancellor Angela Merkel’s visit to US President Barrack Obama in Washington DC at the end of April and beginning May. The New York Times (NYT) story of May 1st, ‘U.S. and Germany Fail to Reach a Deal on Spying’ explained how talks between the two governments had totally failed, because, as one nameless American official was quoted, “What the Germans want, and wanted, is that we would never do anything against their laws on their territory.” By inference, what the US Government wanted from the Germans was that they turn a blind eye to NSA and other American secret service activities in Germany even when these contravene German law. At the TV press conference with Merkel, Obama smiled and said that the US is one of Germany’s best friends and the NSA is not snooping on normal Germans, therefore they have nothing to worry about. The fact that no kind of agreement had been reached between the two governments gave those words a hollow ring for Germans, and only increased their sense of disillusionment with Obama. Effectively the British position is the same and Cameron’s smile is no different to that of the American President. Suddenly, the Germans feel as if they have no friends left, at least none they could rely upon if they suddenly really needed help. 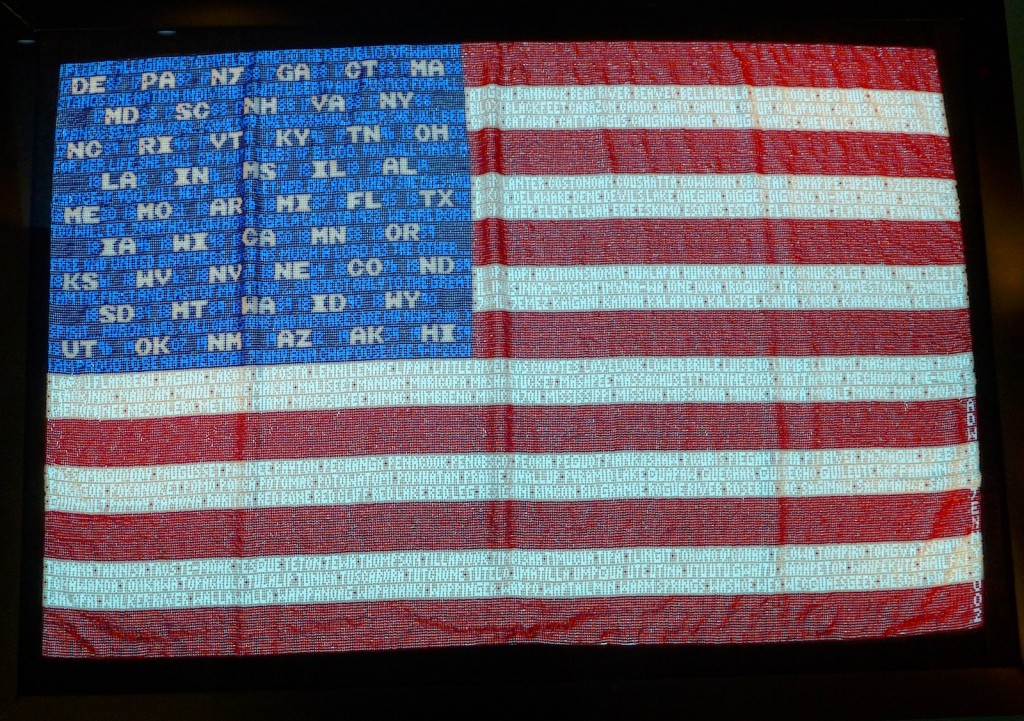 However, there are also implications of all this for America and Britain. Did anyone in the British or American media point out that if the German Government turned a blind eye to illegal NSA and GCHQ activities on their territory, then it would have compromised both the principals of equality before the law and the separation of executive and judiciary; vital elements of the German Basic Law? I certainly didn’t see anything like that in print or on my computer screen. What makes this shocking to me is that those principals, along with others such as free speech and the privacy of the citizen’s home, derive from the US Constitution and from the British democratic system with its “unwritten” constitution.  The American and the British governments are expecting the German government to compromise on are the core values of their Basic Law which have roots that go back to America’s founding fathers and their equivalents in late 17th and 18th century Britain. This is perverse and says something about how respect for those principals has been eroded by the British and American governments in recent years.

Shortly after her return to Germany Angela Merkel gave an interview to the Frankfurter Allgemeine Zeitung (FAZ). There she was quoted as saying“…I have repeatedly made clear to the American President that when it comes to the data collection by the NSA we expect that on German soil German law will be obeyed. The ends cannot justify the means.” Perhaps because she realized early on that America would not be willing to sign a no-spy agreement with Germany, that’s been Merkel’s bottom line for quite some time. Because of that, she’s has been repeatedly attacked by German politicians of all parties (though less loudly by those of her own party, the CDU) and taken a lot of flack from the German media for being too friendly to the US Government.

It strikes me that her position was indeed friendly to America. “Germany cannot wish for a better partner than the United States,” she said in that FAZ interview last month. It was simply the latest statement of her long-standing belief in America as a force for good in the world that was shaped by her youth in totalitarian East Germany and the events following the fall of the Berlin Wall a quarter of a century ago. That’s why she bent over (almost) backwards to accommodate President Obama, but neither he nor anyone else in the US Government seems to have realized that fact, otherwise they wouldn’t have treated her as they did when she last came to DC. Seen from Germany, it looked just short of a public humiliation. Once again, the British position seems to mirror the US one, although Cameron hasn’t made such a show out of it.

Sadly, the situation is much worse than all this suggests, and that’s something you can only appreciate if you have spent some time in Germany, Britain and America recently, as I did. The mantra of the US Government is that the NSA’s job is to protect national security, and for most Americans that means avoiding another 9/11. American politicians officials have repeatedly played on this fear according to Richard Nixon’s principal that, “people react to fear, not love”. The problem is that the NSA’s hovering up of data is not only about protecting American lives. As the NYT times story of May 20th, ‘Fine Line Seen in U.S. Spying on Companies’, pointed out, “…the government does not deny it routinely spies to advance American economic advantage, which is part of it’s broad definition of how it protects American national security.” Clearly, in recent years the definition national security has become elastic and been expanded from the defense of Americans lives to include propping up the US economy. In this case too the position of the US Government seem to be that the ends justify the means.

Bit by bit the Snowden revelations have made clear to the Germans and anyone else not gripped by paranoid fear of terrorists, how the US Government has expanded the meaning of many key terms such as “national security” far beyond their traditional definitions. This, no less than finding out that the NSA routinely spies on Germany’s political leaders and can read their email if it chooses to, has shaken the Germany. For the great majority of them it therefore seems only right that the Chief Federal Prosecutor Harald Range has finally opened a criminal investigation into the hacking of Angela Merkel’s cellphone as the NYT reported in the May 5th story, ‘Germany begins Inquiry of U.S. in Surveillance Case’. It notes that, “German politicians have come under strong public pressure,” and of course that’s true, but it isn’t the real reason for this new development. The actual one is that a felony has been committed and the Chief Federal Prosecutor has a constitutional duty to investigate all felonies committed in Germany.

America and Britain have both failed to realize that the Germans would abide by their constitution, rather than adopt the elastic approach to constitutional principals which the US and Britain have. They failed to appreciate the deep and lasting effect of Germany’s history – the Nazis de facto abolition of civil rights, then their many crimes of which the Shoa (Holocaust) was only the largest – on their entire world view. The German constitution is the foundation of their categorical rejection of all that, and their commitment to principals on which American and British democracy was built. It is impossible for them to compromise on that and they won’t do so, even for a best friend. Consequently, Germany and America/Britain are moving ever further apart, and for all the wrong reasons. As someone with stakes of various kinds in all of three countries, and who can clearly see how much of their culture are common, I find that deeply worrying and depressing. Don’t worry though, my next posting will have a more cheerful tone!

By the way, I am not going to rescind the offer I made to the NSA and GCHQ in Part 1 of this story that you can both read, watch and listen to all my electronic communications and that I will not prosecute you for this. That invitation still stands. Hi guys! Welcome to the Back End of my life! Please don’t ignore the Front End, most importantly my new book BEST WHITE WINE ON EARTH – The Riesling Story which will be published by Stewart, Tabori & Chang in New York in just 8 days.

PS The US flag pictured above is an exhibit in the National Museum of the Native American in Washington DC. It is the work of Native American artist Jenny Anne Taylor and is called ‘Nations’. It incorporates the names of 456 Native American Nations, and thereby documents an America almost invisible to most white Americans, although it’s history extends much further back than the Pilgrims of Plymouth/MA or the arrival of Christopher Columbus.