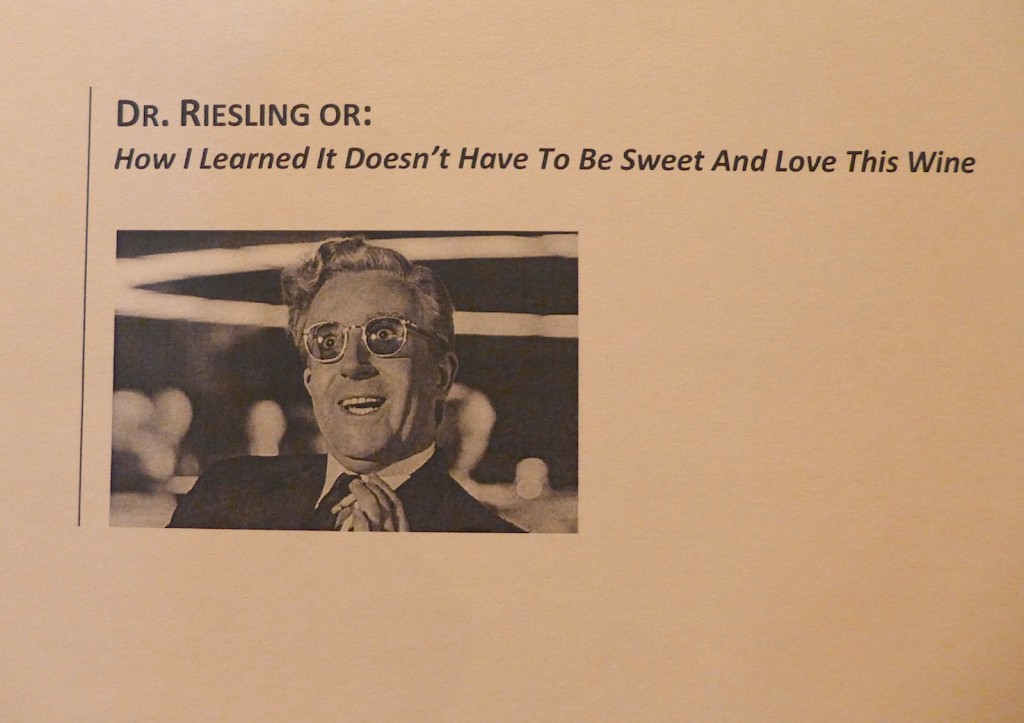 “I couldn’t get your book, because it was sold out at Barnes & Noble,” a New York Wine City (NYWC) somm told me. Those were encouraging words just shy of two months after BEST WHITE WINE ON EARTH – The Riesling story (aka #BWWOE) was published by Stewart, Tabori & Chang on June 17th. Writing the book felt like throwing a stone into the middle of a pond. Now the first wave of responses  have reached the shore and are way more positive than I’d dared to hope for.

Since I started writing about wine exactly 30 years ago it often looked like with Riesling I was on a losing ticket, but now it looks like going the distance with my favorite grape was a smart, if demanding, move. What was so long deemed seriously wrong now looks refreshingly right. Riesling is finally being taken seriously by a lot of people.  Those who continue to talk it down are not only looking seriously out of touch now, they’re also fast running out of their last vestiges of credibility. They seem as lost in another time as Dr. Strangelove was in Stanley Kubrick’s movie of the same name.

As a freelance journalist it’s really good to know that you’re more or less on the right trail, because you can do a lot of work and still end up in some obscure corner of the great writers’ wilderness. I’ve been there enough times and I honestly don’t recommend it. However, I’d rather be there than in the verdant gardens of “advertorial” and similarly lucrative forms of blah, blah, blah writing. As George Orwell once said, “Journalism is printing what someone doesn’t want printed. Everything else is public relations.”

The entire point of my book was to write the truth about Riesling and about wine in plain language that nobody could fail to understand if they took the trouble to read, and to do so with the necessary energy and clarity that nobody could pretend I hadn’t actually said anything worth understanding. So far it didn’t look to me like any readers had difficulty differentiating between my blatantly stated expressions of opinion and my much more measured statement of facts. Whatever weaknesses and faults my book has (and there may be many) I seem to have succeeded in telling it like it is, at least as seen from my perspective. The same applies to this blog, for which just substitute “publish” for “print” in the Orwell quote.

Several weeks after the publication of #BWWOE one of my most important arguments got unexpected support in an article in the July 12th edition of ‘The New Yorker’ entitled ‘What We Really Taste When We Drink Wine. It reported on how for Columbia University neuroscientist Daniel Salzman wine is a perfect example of how, “no event or object is ever experienced in perfect, objective isolation. It is instead subject to our past experiences, our current mood, our expectations, and any number of incidental details…with something like wine, all sorts of societal and personal complications come into play as well. We worry, for example, about whether our taste is “Good”.” 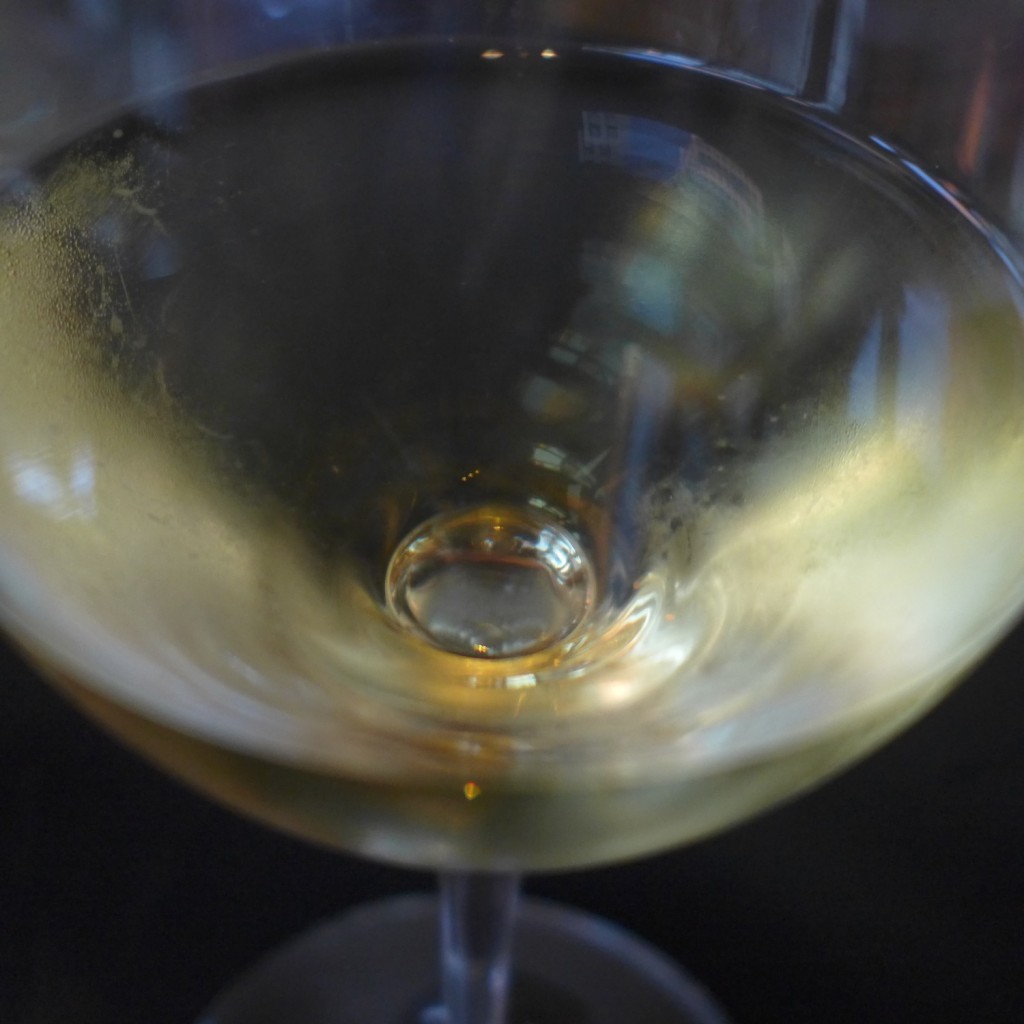 This almost reads like a quote from Chapter 2 of my book, ‘Riesling in the Glass’. Of course, the reason that I also make this argument is that a lot of people – often highly intelligent people – clearly want to believe that you can somehow be objective about wine, so they can treat the reviews of some critic or the opinions of a certain somm, their spouse or friend as hard truth. As if high-grade truth were a copious commodity available at every corner store in regular size and family-sized packs!

At the same time that article appeared I received a slew of messages from Australia about the book, many praising it, but it was a great relief to me that those who criticized never accused me of being eurocentric or otherwise biased. They just felt Australia deserved more space (although the end of the Australian chapter explains very clearly why it wasn’t given more space). However, those comments are every bit as important to me as the one from people I didn’t previously know in America who were excited by the stories it tells and how it tells it, because it means the book is a truly global phenomenon. That is it has connected with pre-existing Global Riesling Network, or maybe I should say reconnected, because it grew out of that network in the first place.

True globalization never was a set of highways that all lead to Rome, NYWC or some other “center”, but a network looping through these places and everywhere else. For goods (including books) there’s the problem of physical transport, which human ingenuity has made more cost and energy-efficient. For information (including e-books) this problem has been obviated by the electronic media. That ought to make truth flow more easily, but sadly nothing in our world is that simple.

Just at the moment truth strikes me as a vital subject we should be talking about more, because its old enemy fear is on the rise. The source of that fear has many names, mostly short, such as Ebola and Putin, others acronyms such as ISIS or NSA and CIA. However, as Richard Nixon pointed out, “People react to fear, not love: they don’t teach that in sunday school, but it’s true.” And that is the greatest danger for truth which has always been like gold: a scarce element that rarely occurs as pure nuggets, generally being found in low grade ore that requires an arduous processing before it is turned into ingots.

Fear enables politicians like Nixon to divert our gaze from the truth and crank up nationalistic fervor, under the cover of which they can implement their own agendas. These agendas are usually identical of those of the establishment, that is the wealthiest 0.1% and their enablers, who typically are only interested optimizing their own situation and have little or no concern for anyone else’s welfare. However, in times like these truth has a force of its own that can abruptly drives it to the surface. The truth will out and I am happy to be its medium. Never again will I compromise on that principal when anything of substance is at stake. I recommend it to you all.