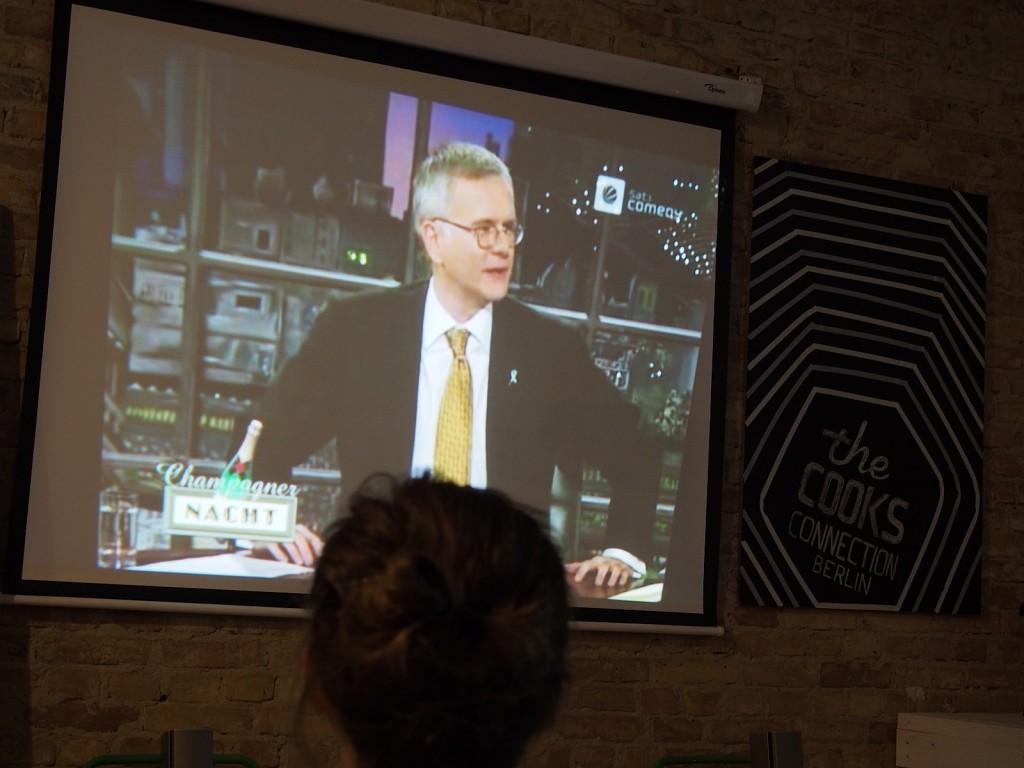 I know that this blog is sometimes very serious, even dead serious, but this is not one of those days. Today, it is literally dead funny. You see, I’m still on this God-awful VIP-trip and many of today’s VIPs, are dead. The only one who isn’t already in his grave is German TV anchor and comedian Harald Schmidt, pictured above. However, many people would say that his career is already dead in the water.  A brilliant segment of one of his old shows, back in that other geological era when he was on top form, was shown last night at the Champagne, Gossip & Decadence event at Cooks Connection staged by Frank Krüger. His comment on Moet & Chandon was, “11am in Düsseldorf,” a very frou-frou German city,  “very important, to wear the Polo Ralph Lauren baseball cap!” That’s quite an alternative tasting note and is also spot on! At least, that’s how Moet tastes to me.

There was a semi-serious side to the evening, which was to taste some growers Champagnes and that was important because almost nobody in Berlin knows them. This is one respect in which the Berlin wine scene is on a completely different wavelength to New York Wine City. In NYWC it really must be an Extra Brut (bone dry) growers Champagne that smells a bit funky and tastes a bit sour or you might be mistaken for a Tea Party member or – much worse still! – a tourist from the Mid West. For many members of the packed house it was their first exposure to growers like Agrapart, Gonet-Médeville and Legras & Haas and that experience was rather like suddenly having to try to walk on the moon in one-sixth normal gravity. But that’s why Frank did it! 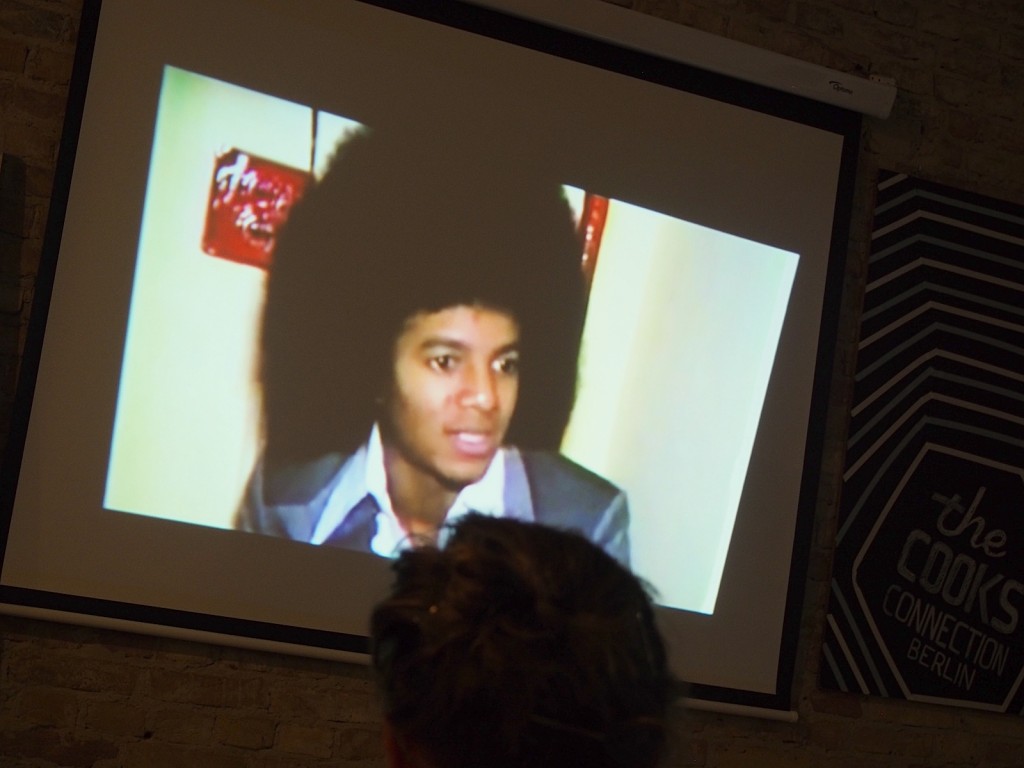 Enough beating about the bush, here is a very dead VIP; the King of Pop is dead, long live the King! Whatever you may think of his personal life in later life, Michael Jackson was surely one of the greatest African-American singers of all time. He was also a regular guest of Studio 54 during that New York club’s rather short life in the 1970s, and Frank showed a short excerpt of a great documentary about the club. It may be historically correct that Roederer Cristal is the Champagne most associated with Studio 54, but I felt the super-sexy berry bombe that is the Billecart-Salmon Rosé Brut (the one non-grower Champagne of the evening) aligned best with the spirit of Studio 54.

Although I really enjoyed the Blanc de Blanc ‘Terroirs’ Extra Brut from Agrapart in Avize that was my contribution to the evening (a great Chardonnay with zero perceptible oak aroma or flavor, although the base wine is aged in oak), I was also really impressed by the Blanc de Noirs 1er Cru Brut from Gonet-Médeville, which was halfway to being a rosé, and had  great orange peel, quince and herbal character. That seemed to me to fit with the video of the dead American writer Truman Capote, pictured below. Not everyone looks better after ingesting large quantities of Champagne. Did I mention white powder? No, I don’t think so… 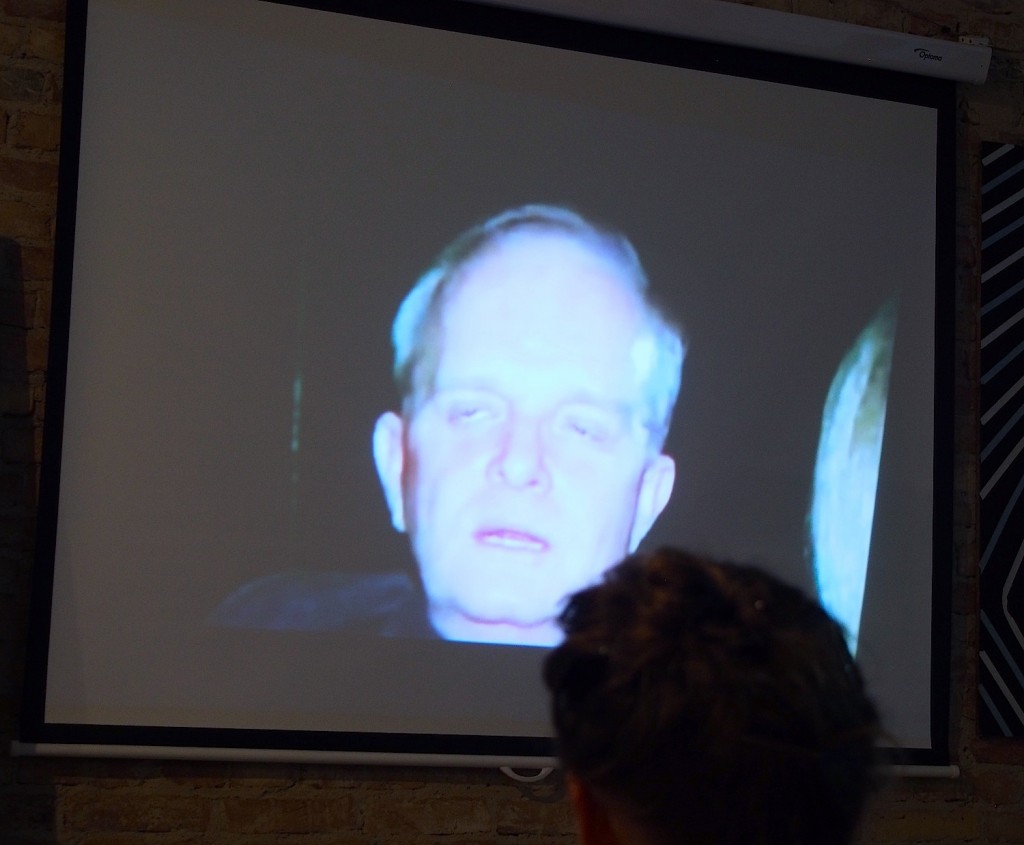 Nobody was stupid enough to spit any of the Champagne poured, and by the end of the evening there was plenty of gossip plus a little bit of decadence. What exactly that means, I leave to your imagination, but feel compelled to point out that I did nothing I regretted today after sleeping all that Champagne off. I have taken legal counsel and am denying all the rumors. Honestly, I am always pure and virtuous. But, I guess, if you’ll believe that you’ll probably believe anything. Thank you, Frank!