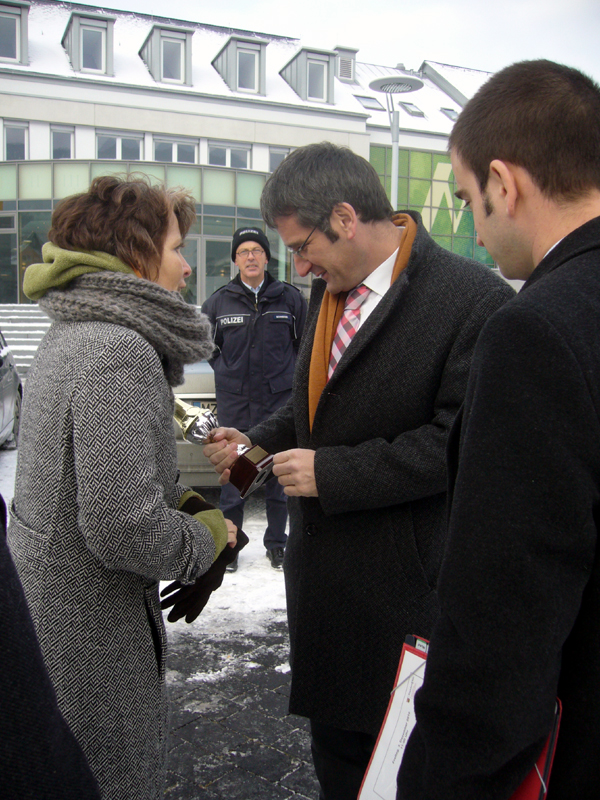 The picture above captures the magic moment on Friday morning in Bernkastel-Kues/Mosel when Hendrik Hering (SDP), the Minister in the state of Rheinland-Pfalz responsible for winegrowing and roadbuilding recieved the prize for HYPOCRITE OF THE YEAR 2010 +++ Hering won it for claiming to have the best interests of Mosel winegrowers at heart whilst pushing the construction of the so-called MOSEL BRIDGE (Hochmoselübergang & B50neu, to give it its full ugly German name) +++ With the trophy came a petition bearing the signatures of 23,000 people (including me) protesting that this titanic concrete white elephant will not only damage tourism in the region, but also threaten some of the best vineyard sites in the region, begining with the world-famous Wehlener Sonnenuhr +++ From this and other pictures taken Friday at the prize-giving ceremony it looks to me as if Herr Hering first tried to laugh it all off, then ended up feeling rather uncomfortable when confronted with the scale and seriousness of opposition to this mad, bad project +++ Perhaps that’s not surprising, since rumours have it that privately he’s not behind the MOSEL BRIDGE and is only pushing the absurd project in order to further his political career +++ My guess is that behind his polished public mask Hendrik Hering feels a ghastly stab of pain every time a member of the opposition to this monstrosity brings an argument which successfully exposes the emptiness of his own claims of what it will do for the region +++ A few days ago I went to have a look for myself at the first scars being carved into the landscape above the Mosel wine villages of Graach and Zeltingen +++ The picture below shows me in front of one of the first „construction“ sites +++ Why have I got a smile on my face in spite of the scene of destruction behind me ? +++ Because I was being shown around by two leading figures in the opposition and they made me feel sure WE WILL OVERCOME ! +++ Not only are British-born Sarah Washington and German Knut Aufermann intellectually light years ahead of the government of Rheinland-Pfalz, but Sarah has already won political battles that looked far more hopeless than this one +++ If Hendrik Hering were really clever, he’d cancel this absurd project and engage Sarah Washington as his campaign manager, as that would advance his career far more effectively than his present course +++ 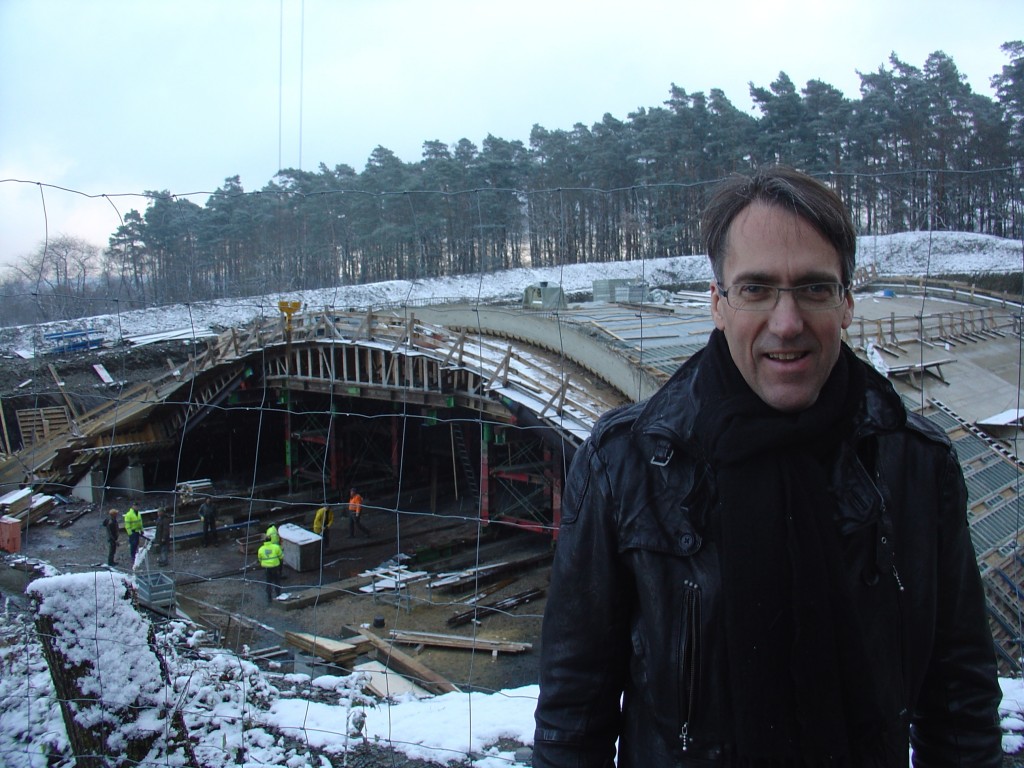 Scroll down further and have a look at the photo of Sarah and Knut protecting one of the threatened trees +++ I mean, who looks more sympathetic to you, the grey man in the grey suit who has just become the HYPOCRITE OF THE YEAR 2010 or my friends ? +++ Rumours also say that the tenders from construction companies for building the MOSEL BRIDGE all lie at or over 200 Million Euros; far above the 105 Million which the Herings ministry have planned for it +++ Where is all that extra money going to come from ? +++ I’d say that Friday was a very bad day for Hendrik Hering, but to be honest I don’t feel any sympathy, because his prize is well deserved and he knows it ! 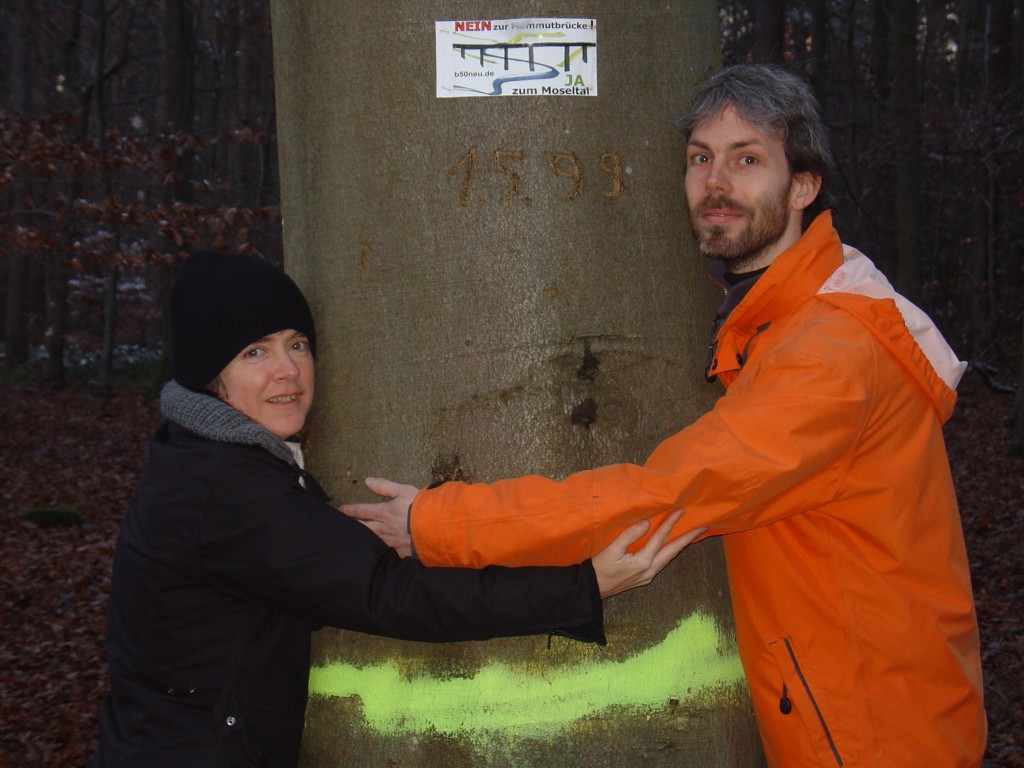