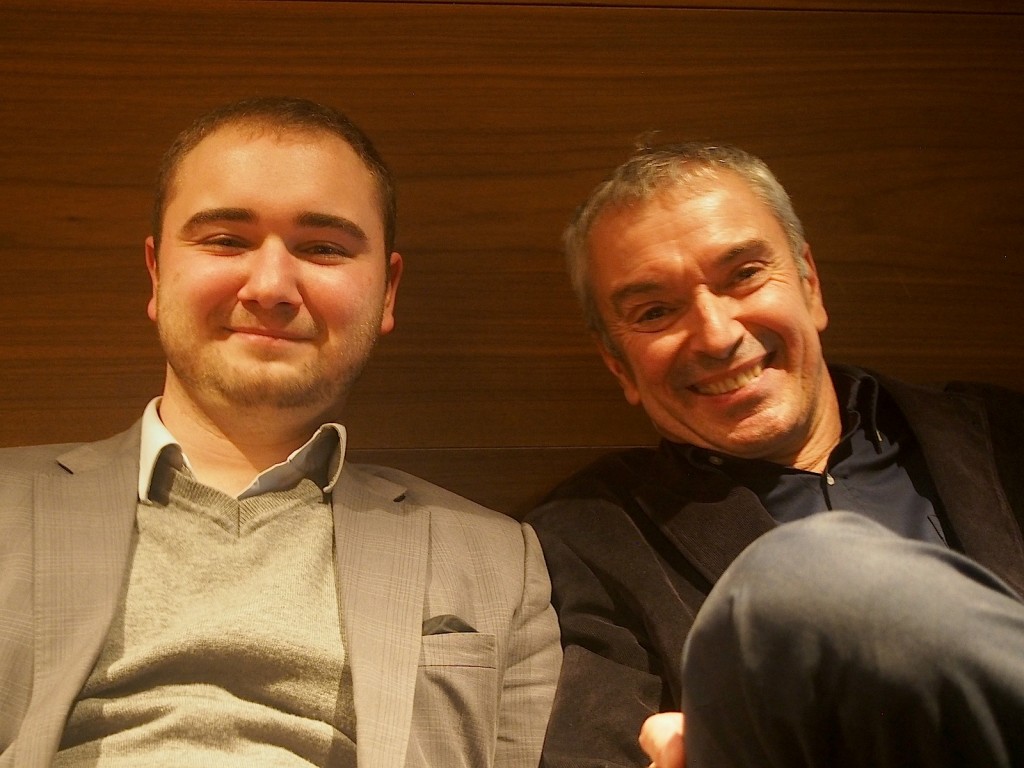 It might sound absurd to talk about innovation at a company founded in 1639, but that’s what Jean- Frédéric Hugel (left) and his father Etienne (right) were doing today in New York, and they brought the wines along to prove it. Hugel of Riquewihr in Alsace was already an extremely well established producer around the world when I first visited the family company in 1987, but there was a period when I found their wines extremely dependable (stylistically too – they were always dry wines that worked on the dinning table), but rather seldom inspiring. That has very definitely changed, at the latest since Jean-Frédéric’s generation began exerting some influence on the company, but I am sure that Eteinne’s generation has also done some important rethinking too. Now the fruits of this are reaching the market, most obviously in the form of Hugel’s new star Rieslings.

Before we get to those new wines I have to point out that the Classic range of varietal wines that is the foundation of Hugel’s business has also seen some changes. The 2014 Riesling Classic is made from just over half from Hugel’s own grapes and a bit less than half from bought in grapes, and during the last years some of the weaker sources for the latter were weeded out and replaced. This along with a modest change of emphasis in the cellar towards more fruit make the 2014 vintage of this wine – the aromas range from yellow apple to fresh pineapple, the taste is at once juicy and fresh with a silky finish  –  the best I’ve ever tasted. I feel confident that this joyful wine will switch some consumers who don’t yet know them yet on to dry Riesling, Hugel and Alsace.

The difference between the 2014 Riesling Classic and the 2012 Riesling Estate is very clear, the latter being far more about texture than aroma. There’s a considerable amount of power and weight to it that comes from the just over 50% of this bottling that grew in the Grand Cru Schoenenbourg vineyard site of Riquewihr. Already in 1643 the Swiss cartographer Merian declared this vineyard site to produce the most noble wines of the entire Alsace region. I was glad that Etienne pointed out that at this time Alsace exported more wine than it does today, most of these exports having headed north by boat along the Rhine. The impressive architecture of Riquewihr from that period was paid for with the profits from this business. The top dry Rieslings from Hugel always came from this site, just as the best Gewürztraminers always came from the Grand Cru Sporen site, but since 1945 those names didn’t appear on any of the labels.

You might think that this great tradition would be good reason for Hugel to proudly write those vineyard names on the label, but they weren’t due to the scars left by the Second World War. After what the Nazis put Alsace and the Hugel family through between 1940 and 1945 Germanic names were suspect, although the Alsatian dialect is actually one of German, not French, and Riquewihr was called Reichenweier until 1945! So, it took a long time for the region and the family to find its way back to this tradition. They have done so with the just released the 2010 Riesling Grossi Laüe (“Grosser Lage”, or great site, as pronounced in the Alsatian dialect) and it is so successful with this first vintage I can’t imagine this decision could be reversed. Etienne promised that in time the vineyard names would also appear on the labels of the Grossi Laüe wines, of which there are four: Riesling, Gewürztraminer, Pinot Gris and Pinot Noir. Please note, that to taste the first three of these in the US you will have to wait until they arrive in April/May. 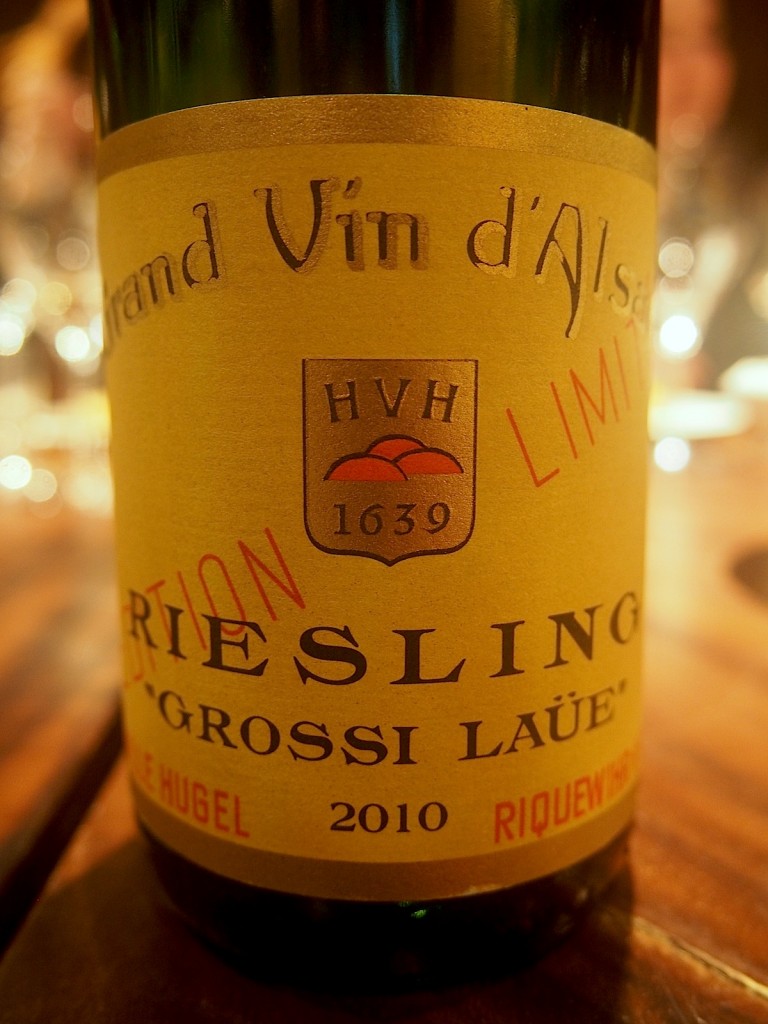 This wine is the most impressive new dry Riesling from Europe that I’ve tasted in quite a few years. Somehow this 100% Schoenenbourg Riesling manages to marry all the depth and power of this vineyard site (due in good part to the clay-rich marl soil) with a fruit that’s at once rich and subtle. The wine has near-perfect balance and from the first sip it captivated me, but every further sip revealed more nuances of flavor so that I was busy with it for quite some time. It really deserves a large wine glass of the kind you’d normally serve red Burgundy in as I found out when I moved the 2010 Grossi Laüe into that type of glass and the wine instantly expanded to wide-screen format!You should be able to find the Grossi Laüe for  under $100 per bottle. To put this in context, that’s the high end of same price category as the Grosser Gewächs dry Rieslings from the top German producers.

Hugel’s new top dry Riesling, the 2007 Riesling Schoelhammer, needs a big glass and a lot of air even more than the Grossi Laüe! Although it has a rather conventional 13% alcohol for a top dry Riesling this is a massive wine that is still rather austere, although it’s more than eight years old. It really demands both time and space to breathe. If I had some bottles – this one is an extremely limited production wine and it will set you back about $150 – then I would definitely hold on to them for a few years. Both these wines have at least a couple of decades aging potential of them, and the Hugels proved that too by pouring their astonishingly lively 1981 Riesling Reserve (another 100% Schoenenbourg wine) from magnum.

Another thing which has changed are the labels. Although the yellow and red color combination used since 1921 has been retained along with the family crest showing the three hill vineyards of Riquewihr (Hugel means hill in German). However, the company name has been changed to Famille Hugel, and the redesign makes it easier to immediately see exactly which bottle from the Famille Hugel you have in front of you. This is an obvious change that’s easily visible. The more important ones are those of vineyard management, harvesting strategy (most importantly the grapes from every single vineyard parcel are now vinified separately), and vinification. To grasp them you must taste the wines, and I strongly recommend you to experience the new star Rieslings from Hugel.