Eppstein Wine Diary: Day 9 – READ THIS BOOK! Bianca Bosker’s CORK DORK is the Best and Most Innovative Wine Book of the 21st Century! 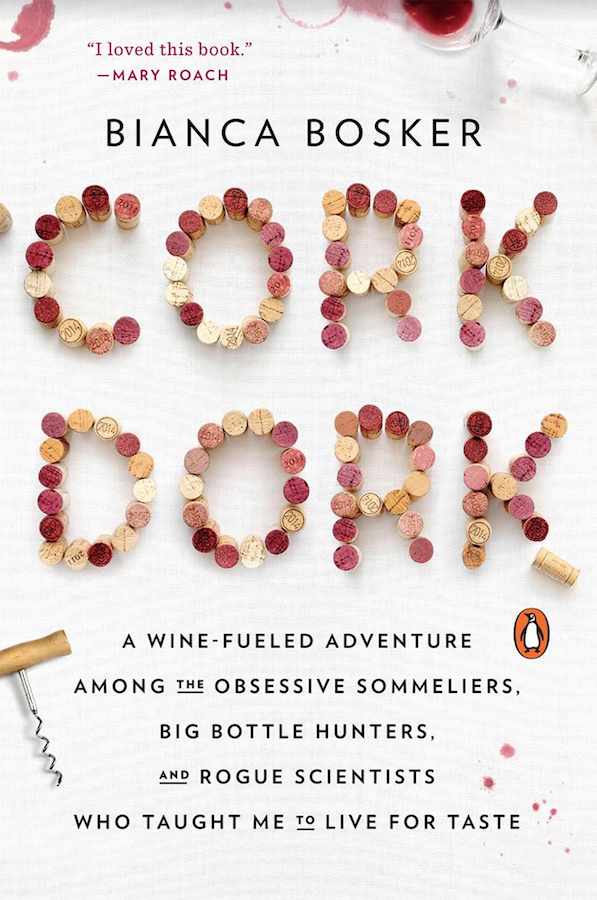 Maybe this is the first time that the category’s existence been openly declared, but I have no doubt that something worthy of the name New Wine Journalism is out there and that it came into existence shortly after the last turn of the century. Anyone who thinks that these are yet more Alternative Facts should buy and read Bianca Bosker’s brilliant new book Cork Dork, for it is irrefutable proof that this is not bullshit.

Let me give you a brief introduction to the intoxicating nitty-gritty of the New Wine Journalism. It is never directly concerned with which wine of a particular type and/or vintage is the best and it never uses numerical or other ratings of the conventional kind, e.g. five star system. Instead, just as New York-based Bianca Bosker does in Cork Dork, it delves into the guts of the wine world and after the writer’s deep immersion in it she returns to what is oh so glibly referred to as the “normal world” to report on this strange and still largely unknown – to “regular folks” – other reality just around the corner.

Of course, the name I’ve given to this new category is deliberate plagiarism of the New Journalism that developed in America during the 1960s and flourished there during the 1970s. I’m claiming that this theft is fair game, because the proponents of the New Wine Journalism – let me be straight with you in case you didn’t guess, I’m one of them too – make liberal use of the tools that were developed by Hunter S. Thompson, Tom Wolfe & Co. Bianca Bosker does this with aplomb in Cork Dork, but these are far from being the only means she employs to explore widely differing aspects of obsession with wine, and how it changes those who befall this terrible infectious disease. By the way, as the story of her 18 month long deep immersion in wine unfolds she too develops all the symptoms and becomes a sufferer. That, more than anything else about Cork Dork, is truly gonzo!

One of things that makes Bianca Bosker’s book such a racy read and an impressive piece of journalism is the way her texts morph with each change of viewpoint, for example from her review of the science of olfaction (Chapter Four, The Brains) to how dinners are treated by the somms in top NYC restaurants (Chapter Five, The Magic Kingdom), then on to the hedonism of wealthy wine collectors (Chapter Six, The Orgy). As she flips with agility from one side of the wine world to another her writing style effortlessly changes to fit her new subject. As a result almost every chapter in the book can be read as a self-contained work with its own logic. In spite of that, each of them has one or more stunning surprise for you, like  the story of the scent of her grandmother in The Brains or that of “normal somm” Annie Truhlar of Virginia Beach, VA in The Trial (Chapter Ten). I didn’t see the end coming either. The things that holds the wild and fascinating human cocktail of Cork Dork together are Bianca Bosker’s sociological / anthropological approach to analyzing each individual and sub-culture she encounters, and the way she does so both with compassion for her subjects and an eagle eye for the absurdities of their lives.#

All this makes Cork Dork much funnier, more compelling and richer than any other work of New Wine Journalism I know (including my own Rock Stars of Wine America e-books). How, then, can I adequately describe it in a short review like this? The best I can do for you is to say that Cork Dork is the journalistic equivalent of a great 10 course tasting menu in one of the NYC restaurants Bianca Bosker investigated. Even if you have even only a little curiosity about wine her book will pull you along then suck you in, as it did to me.

Cork Dork is published in paperback by Penguin Books, New York and costs $17.

One Response to Eppstein Wine Diary: Day 9 – READ THIS BOOK! Bianca Bosker’s CORK DORK is the Best and Most Innovative Wine Book of the 21st Century!