Finally the Big Secret is out ! The reason that the world’s worst blogger dropped off the radar screen for so long is now clearly visible (see above). WEINHIER, the optimum meeting place for the new German-speaking wine scene – also in English ! – doesn’t go online until 6pm on Tuesday, 17th May due to massive construction work, but you can already pre-register by going to www.weinhier.de.If you can get hold of a Flyer with a handwritten number on it, then you have a chance of winning the prize: an evening with the WEINHIER team at restaurant Hotspot in Berlin on the 6th January 2012.

I’m not sure where the WEINHIER story really begins, but just over three years ago at Martin Tesch’s Rolling Riesling Show in Berlin I bumped into a young American computer and internet guy called Brendan Howell who was completely different to all the other computer and internet guys I’d ever met. We hit it off straight away, because Brendan also loves wine and, like me, is a hard-core New Media secptic.

After many discussions, at 6pm on 17th December last year in Café Alibi on the Oranienstrasse in Berlin-Kreuzberg we took the plunge and decided to found what quickly turned into WEINHIER. Our goal is to create a new type of internet community light years removed from the catch-all approach of Facebook which seeks to move as much social and business interaction from the real world on to their site. You’ll be able to do dating and gossip about movie stars on WEINHIER if you want to, but our focus will be firmly on wine; something real which fasinates us.

We gladly accept the „limitations“ imposed by actually having a subject, because we don’t have any interest in growing to titanic proportions or becoming a bubble like some of the giants of social networking have done. Instead, WEINHIER will continually seek to optimise the exchange of information and opinions about wine and nothing will ever make us abandon our two fundamental principles: 1) nobody has to pay to use WEINHIER; 2) all winegrowers create their own profiles, just like normal users. Not only will I try to comment on everything, but you are all invited to register and do the same. In the new age of wine journalism WE are stronger than I.

At WEINHIER we welcome heated debate and controversy as long as it is with a constructive spirit, since that helps to further developme the dynamic world of German-speaking wine that is so close to our hearts. The only things which are forbidden are obvious lies and personal attacks on winegrowers or other users. Of course, a bunch of other stuff has been going on recently parallel to the behind the scenes work on WEINHIER which has taken up so much of my time… 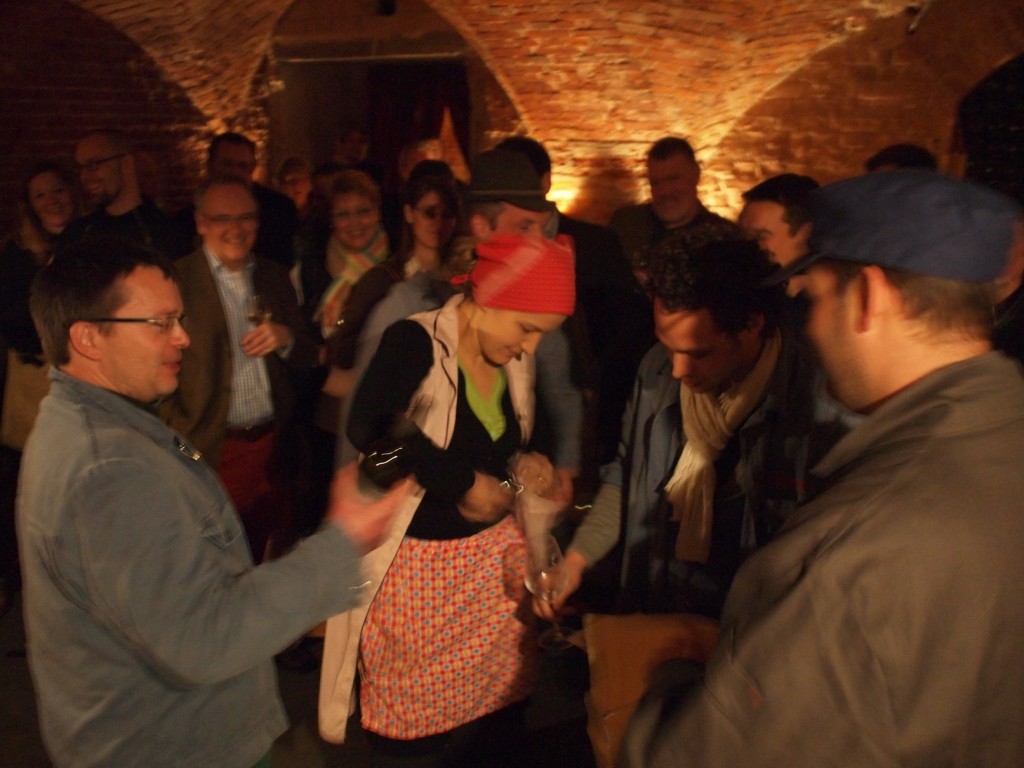 The Lange Nacht des deutschen Weins XIV on Saturday, 19th February in Berlin with the Württemberg Jungwinzer group Quintessenz was a great success combining the highest donations we ever had with a great mix of a people, and a wonderful atmopshere +++ To my complete amazement a bottle of my own wine, a 2009 Müller-Thurgau trocken from the Hasennest vineyard site in the Fraconian section of the Tauber Valley went under the hammer that night for 120 Euros a bottle; a price record for this grape variety ! +++ A great many visitors told us that they were amazed by the quality and individuality of the Quintessenz wines; the dynamic Jungwinzer of Württemberg are fast catching up with the cool Jungwinzer of Rhinhessen ! +++ On Friday, 4th March I travelled to Siefersheim/Rheinhessen to have my first intense immersion in the young wines of the 2010 vintage with one of those cool Rheinhessen Jungwinzer, Daniel Wagner of Weingut Wagner-Stempel +++ He proved conclusively to me that, although the new vintage was challenging, seriously talented winemakers could still make exciting wines +++ Anyone who tells you that 2010 is a Bad Vintage, rat poison or a satanic brew is talking out of their arse ! +++ On Monday, 14th March at Weinstein and Hammers Weinkostbar in Berlin father and son team Eldon and Leif Nygaard of Valiant Vineyards in Vermillion/South Dakota presented wine tastings which broke the mould even for Berlin’s brave wine scene +++ I mean, it’s not every day winegrowers in stetsons turn up from the Wild West and pour red wine called „Wild Grape“ which is actually made from wild Vitis riparia grapes collected by Lakota-Sioux indians on the Rosebud Reservation  (see below) +++ 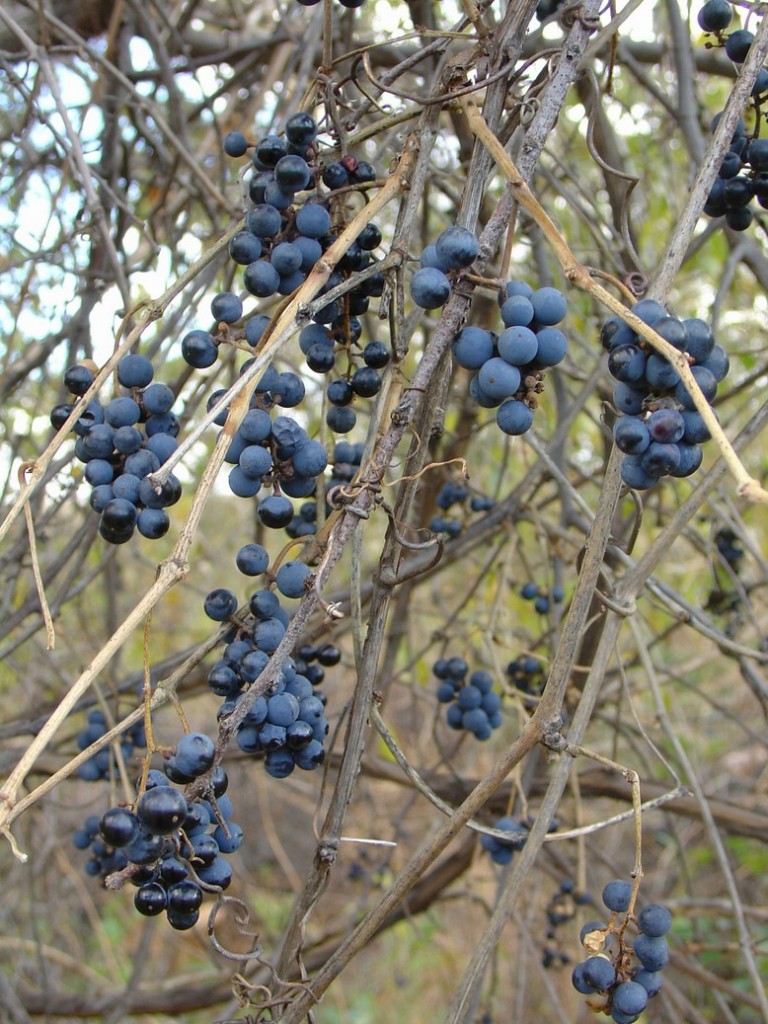 Billy Wagner from Weinbar Rutz had some trouble wrapping his head around the idea that the vines literally wrap themselves around shrubs and stunted trees in the wild prairie, rather than growing in neat rows and being pruned once a year, and when he got it he seemed completely stunned +++ personally I went for the richer and less herbal 2004 „Wild Grape“, rather than the sleeker and intensely herbal 2002, but, as Holger Schwarz of Viniculture pointed out, you could easily mistake the latter for a Cru Classé Bordeaux of a less than spectacularly ripe vintage +++ then Paula Redes Sidore of Hardys confirmed what Molly Polk Hannon, a student at the Slow Food University in Pollenzo / Italy told me the night before in the Kurpfalz Weinstuben: the state of Virginia also has some winegrowers who deserve my attention, most notably Dennis Norton and his red „Norton“ +++ Molly, please forgive my secptical glance ! +++ One of WEINHIER’s goals is to make discoveries like this, regardless of where they are on Planet Wine, easier for us all to make +++ welcome to the New Zeitgeist of Wine !