Before I tell you about the astonishing wines I just tasted at the ProWein trade fair in Düsseldorf and what I think about the 2010 vintage in Germany as a result in My Wine Telegram 124 (down below), I have to report that the first public reaction to WEINHIER was more positive than I’d dared to hope. If you’d told me six months ago that people would now be congratulating me and my American partner Brendan Howell – two hard-core internet sceptics – for launching an interactive wine website I’d have told you that you were out of your mind ! But now it all makes some kind of mad sense.

A few people had confused expressions on their faces :{ because they couldn’t grasp what we are tryind to do: build an internet forum where winegrowers and wine fans of all kinds each create their own page and freely exchange information and comments. The reason was always that they aren’t (yet) using social networking or other types of dynamic websites, which is definitely a generational thing. The overwhelming majority of younger people got it immediately and amongst them I saw a lot of smiling faces 🙂 Several people told me they were delighted someone was finally launching a truly open wine-specific internet forum, because they’d had enough of Facebook & Co.

When I dragged myself onto the ICE train back to Berlin at 4pm on Tuesday after three punishing days of intensive tasting I was sure that not only WEINHIER, but also many other subject-specific internet forums that make possible genuine communities of people with a shared interest in particular things in the real world, have a great future. Cyberspace makes really good sense when it interfaces with Real-Time-&-Space in a sensible way, increasing the useful exchange of information and opinion. Now that’s cool. When it means being sucked into a Black Hole by clicking a tab above which stands „abandon reality all ye who enter !“ that’s not cool. But thankfully the only thing which is doomed is this type of Anti-Social Networking; this is next bubble waitting to burst !

OK, at the ProWein there was some disappointment that we don’t go online until Tuesday, 17th May, but the fact that WEINHIER will be free of charge for all users (except for a few luxury functions) was greeted with enthusiasm. I’m prepared for the fact that it might take a long time for my partner and I to see the money we’re investing in this project again, but if we succeed in creating an online wine community which is positive for thousands of users then it will be worth even a long wait. Thanks for your excitement and patience ! 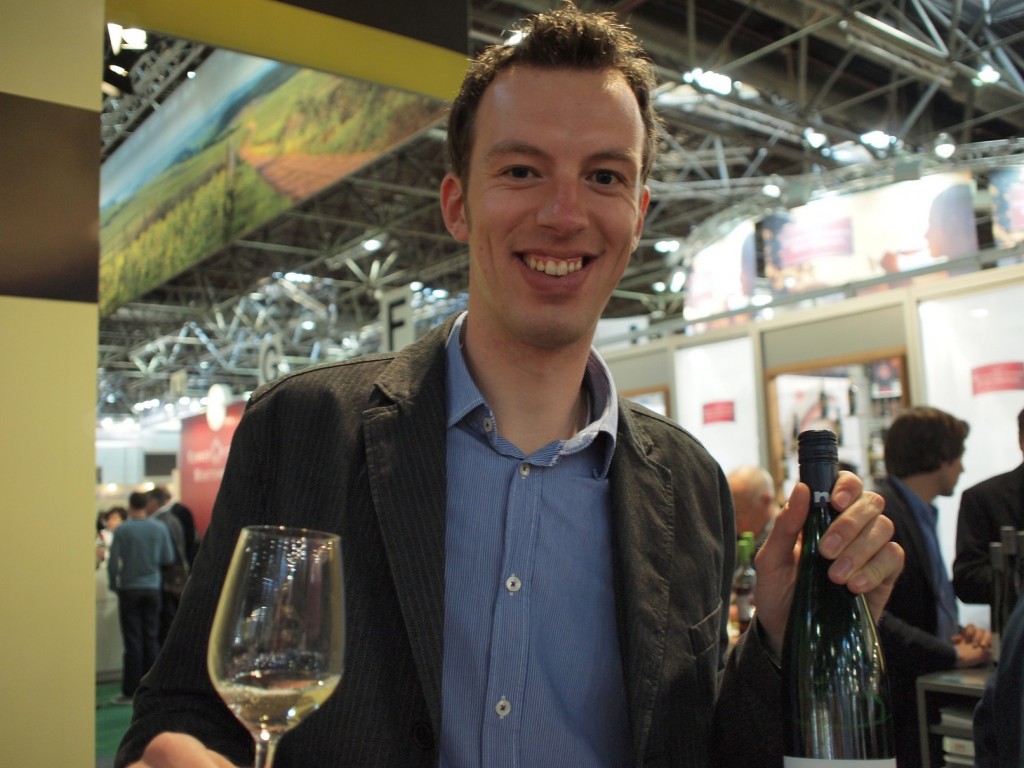 at least since we started tasting global warming in the glass, WHO made the wine and exactly WHERE it came from have become way more important than the vintage +++ the hundreds of 2010 German wines I just tasted at the ProWein trade fair in Düsseldorf were convincing proof that the vintage may push the wines in a certain direction (more or less acidic/ alcoholic / etc.) but is by no means the sole factor when it comes to quality and character +++ in case you haven’t already done it THROW AWAY ALL THOSE VINTAGE CHARTS AND TABLES NOW ! +++ there’s no problem to find good German white wines from 2010, not least from the Silvaner grape, (see my column 2010 in the Frankfurter Allgemeine Sonttagszeitung on Sunday, 3rd April) +++ Florian Fauth of Weingut Seehof  (see above) in Westhofen/Rheinhessen went so far as to say, „for us 2010 is a better Silvaner year than 2009, beacuse the wines are better balanced !“ +++ regardless of grape variety, the 2010s are lighter and crisper than the 2009s were, which makes the best of them animating and refreshing, but the good ones are also full of character +++ sure, in 2010 some blockbusters will bust less blocks, but the world doesn’t need another vintage of them after the recent string of ripe to super-ripe vintages +++ if there is a problem with 2010, then it is that some wines which were too strongly deacidified and therefore taste butter-soft, and the use of malolactic fermentation to soften wines sometimes left them with an actual buttery taste (diacetyl, a bi-product of „Malo“) +++ but the number of winegrowers in Germany who master such cellar challenges with ease continues to grow so fast even I have trouble keeping track of them all +++ some really exciting 2009 red wines are also begining to appear in the bottle and anyone who isn’t quick enough to grab the 2009s from producers like Thomas Hensel in Bad Dürkheim/Pfalz or Rainer Wachstetter in Pfaffenhofen/ Württemberg will miss some of Planet Wine’s greatest bargains +++ the real surprises at the ProWein lay far away from Hall 4 and the German producers though +++ in Hall 6 half a dozen winegrowers from India showed some very well made grape wines, and Dr. J.P. Gupta of Nirvana Biosys in New Delhi (see below) gave me a wine made from lychees sold under the Luca brand that blew my mind +++ how the hell did he make such an outrageously delicious wine from lychees ?+++ 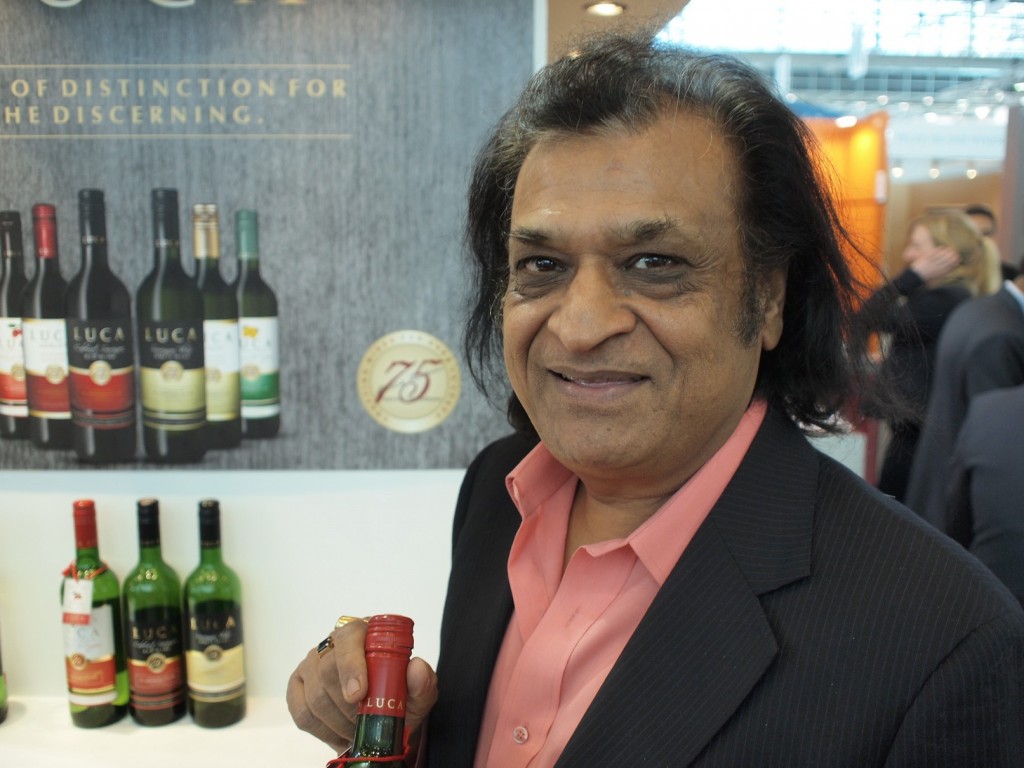 as I walked back to my hotel just before midnight on Monday evening after a great dinner at Fehrenbach’s Restaurant I was abruptly reminded of the tragedy unfolding in Japan by an improvised shrine on the pavement of the Immermannstrasse (see below) ++++ of course, goods contaminated with radioactivity shouldn’t be exported from Japan, or anywhere else for that matter +++ however, I fear that irrational fear combined with the Germans’ obsession with safety may result in something like an unofficial boycott of all Japanese goods here, which will only add to the sufferings of the Japanese people after the earthquake, tsunami and nuclear disaster +++ as a sign of support for the suffereing Japanese people I repeat my suggestion that anyone unamiliar with them should sample some of the best Japanese sakes and experience a unique world of flavour far removed from that of grape wine, but no less fascinating +++ sake is a great companion for fine cheese as a tasting in Hall 7a at the ProWein by Yoshiko Ueno-Müller of Ueno Gourmet (www.japan-gourmet.com) proved on Monday afternoon +++ hopefully by the time that Wein Lab No. 9 starts at 5pm on Monday, 4th April at Hammers Weinkostbar in Berlin-Kreuzberg (see www.hammers-wein.de) the technicians will have solved the worst problems of the Fukushima reactors and with a feeling of relief we will be able to turn our attention to mature red wines from Germany and many other places near and far on Planet Wine +++ wine brings us together +++ NAMU AMIDA BUTSU 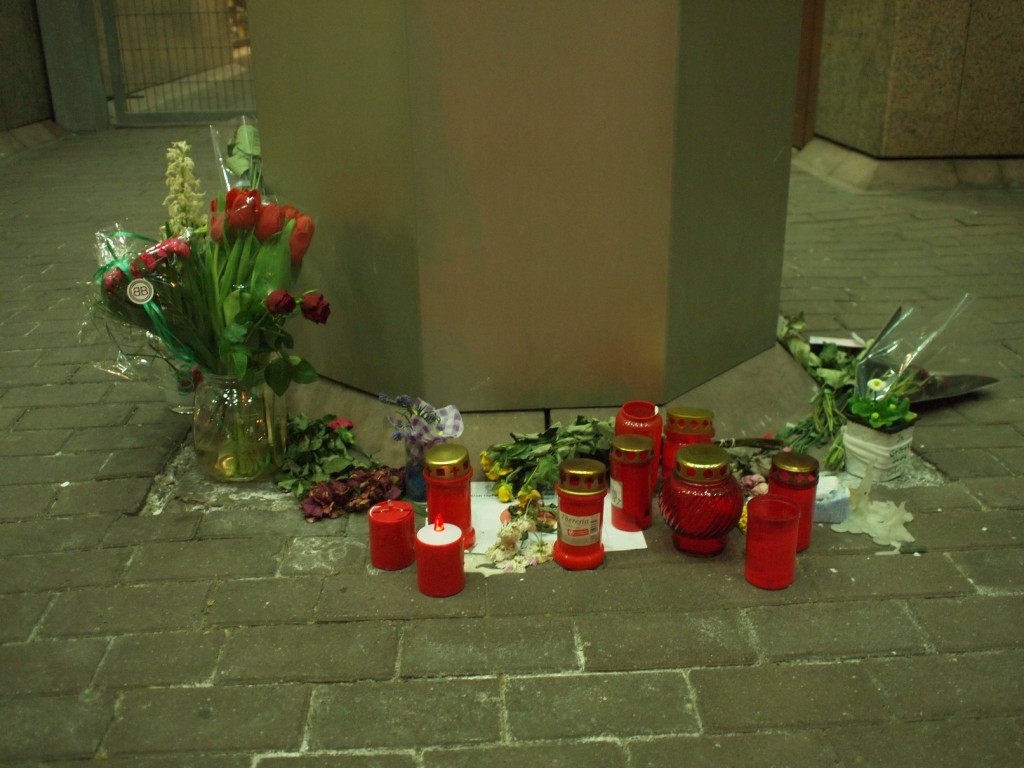