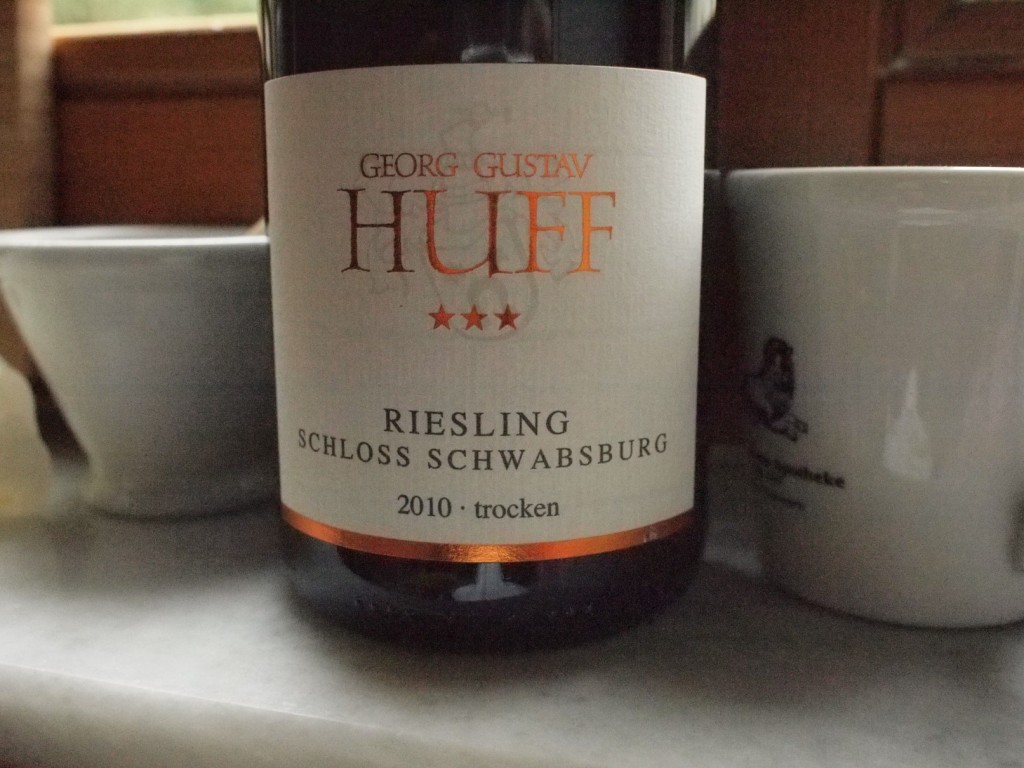 Nierstein on the left bank of the Rhine just south of Mainz has been famous for its elegant Rieslings for more than a century. However, during recent decades it was also a bit infamous for the schlock sold under the name „Niersteiner Gutes Domtal“, though almost none of this originated in Nierstein, nor does Nierstein have a Dom, that is a cathedral. Schwabsburg lies just west of Nierstein and Schloss Schwabsburg is both the most westerly and least well known of the great vineyard sites of the Red Slope. Nobody would have heard about it at all it weren’t for the two Huff estates there (Fritz Ekkehard Huff is the other). Due to the long and heavy late summer rains 2010 was certainly a difficult vintage for Riesling where the vine was growing on water-retentive soils, but on stony soils like the Rotliegendes sandstone (often incorrectly refered to as „Rotschiefer“, or red slate) here the results were far superior as this wine shows. Maybe it’s Jungwinzer Daniel Huff’s best wine from this site to date with a wonderful bouquet of candied pineapple and a scintilating balance of ripeness and minerally racyness on the palate which sends a joyful jolt through my nervous system. And because this site’s still little-known this great Riesling is a steal at 9 Euros direct from the Huffs.