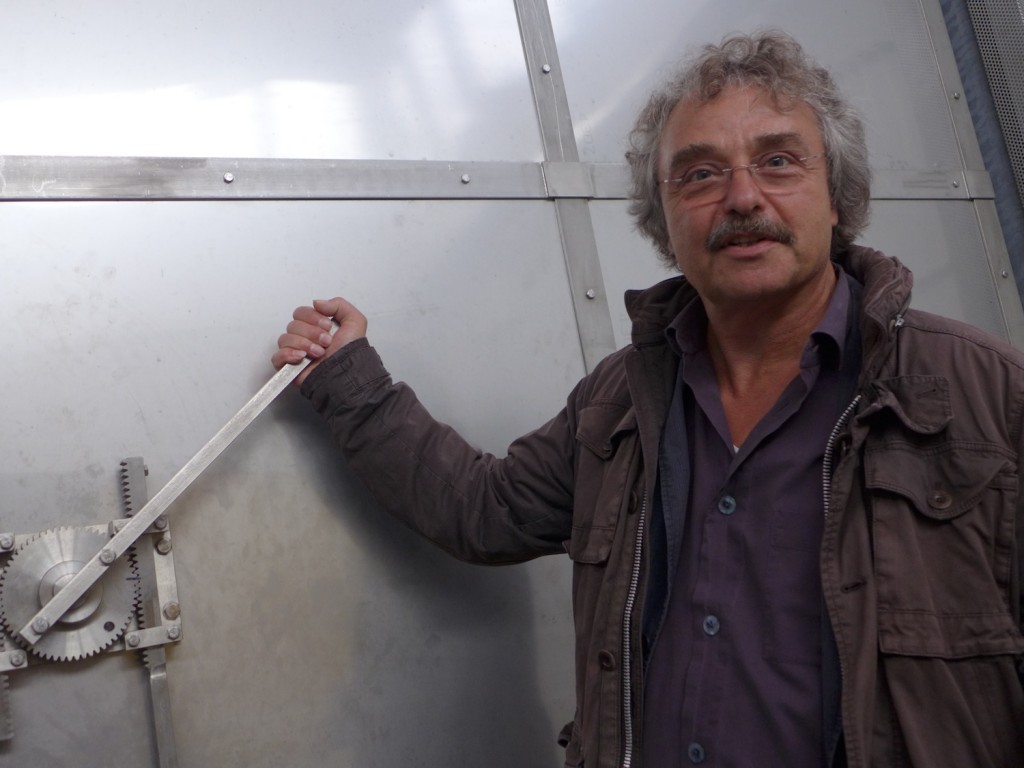 „Yes, but that doesn’t stop people buying them. That’s another of the things about the wine world which is completely illogical, but doesn’t change for that reason!” said Reinhard Löwenstein of Weingut Heymann-Löwenstein in Winningen/Terrassenmosel (pictured above in his new cellar extension). I’d just told him how again and again during the last couple of years I’ve been terribly disappointed by red and dry white wines from Burgundy/France in the three figure Dollar/Pound/Euro per bottle price league with the magic words “Grand Cru” on the label. That’s the highest legal designation for burgundian wines; the Holy Wines of Burgundy! For me a poor quality wine is a bad thing at any price, regardless of where it came from, the grape variety or who made it, but with a three figure price tag I’d say it qualifies as a Liquid Disaster Area in a Bottle. But, as Löwenstein observed, illogically, even that doesn’t seem to prevent those wines from selling, which shows that factors other than the taste often pay a significant role.

I didn’t bother to rattle off a list of the names of the producers who disappointed me to him, but here are the most important names on my roll call of shame: Domaine Armand Rousseau in Gevrey-Chambertin, Domaine Perrot-Minot in Morey-St.-Denis, Domaine de la Romanée Conti in Vosne-Romanée and Domaine Bonneau du Martray in Aloxe-Corton. On the plus side I’ve tasted some wonderful red and dry white wines from Burgundy for much more modest prices, most notably from Domaine Charles Audoin in Marsannay and Chateau de Fuissé in Pouilly-Fuissé. If they dominated the picture I’d certainly feel much more positively about Burgundy.

“OK, those poor but expensive burgundy wines still sell,” I answered, “but that doesn’t mean they fail to disappoint many of the consumers who encounter them. It just means there are always enough new consumers with enough money to pay the prices and who believe in the hype. Wines in this price league are often consumed for status reasons. Nouveau riche always liked to flaunt their wealth and there’s more of them in today’s world than a generation ago.” Löwenstein admitted this was the case , but still seemed reluctant to criticize any of the winegrowers of Burgundy for their pricing policy. I think I can understand why. 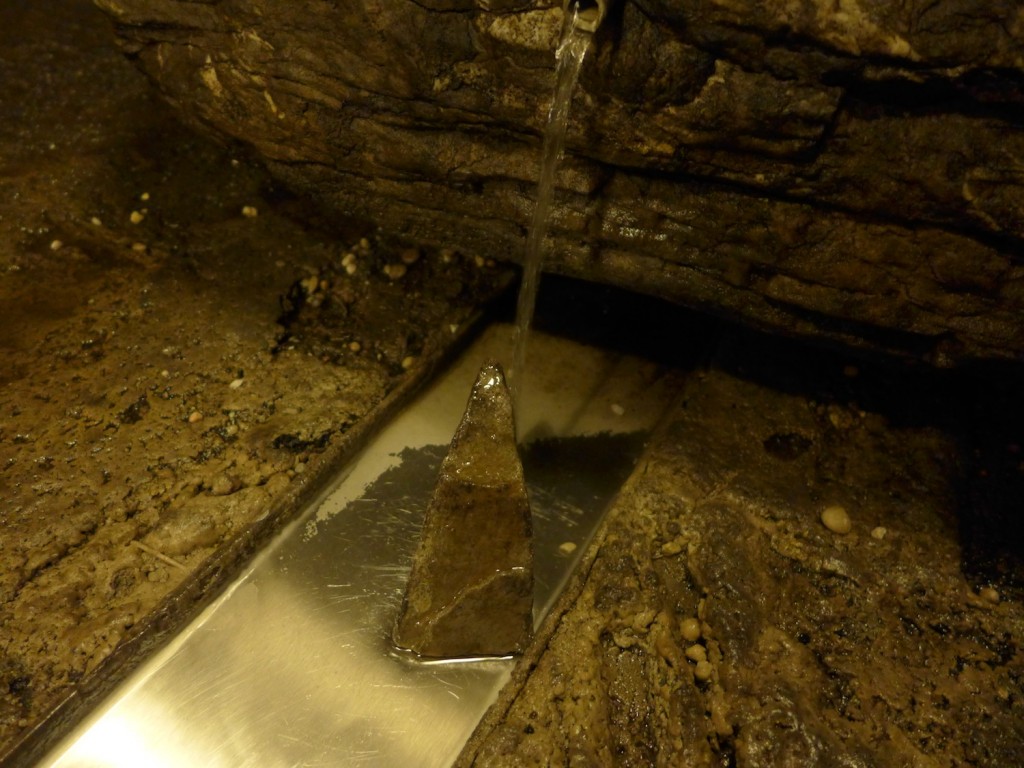 Seen from the point of view of a leading German producer of Riesling wines with what the French call “terroir” character (the taste of the place, of the vineyard) like Löwenstein Burgundy is the place to look up to. With their “terroir” wines, or more accurately with the help of their best wines, the “terroir” story about them and a lot of networking, the leading winegrowers of Burgundy have steadily cranked the prices for their “Premier Cru” (the second highest designation for wines from ther region) and “Grand Cru” wines higher and higher. Four figures seem to be the new goal for some of them! Production costs certainly did not rise as fast as wine prices, so (if you do the simple math) profit margins became larger and larger. Compared to burgundian wines of similar quality with a similar individuality of character the dry Heymann-Löwenstein Rieslings taste like great value for money. No wonder Löwenstein, along with many of his colleagues in Germany and beyond, would like to make something closer to the kind of profits leading burgundian winegrowers make, instead of the much smaller kind leading Riesling producers currently do!

However, his argument about the remarkable imperviousness of the global wine market to the reality in the glass also explains why he will almost certainly never make burgundian-style profits. The global wine market generally remains set on the path it’s already on, because most consumers think about wine in hierarchies of perceived value which are intimately linked to the hierarchy of wine prices. (In contrast, there’s no relationship between the hierarchy of production costs and wine prices, since the former are almost completely invisible to consumers). Even the cleverest and most dedicated wine producer can usually only influence the global perceived value of his wine to a small degree, and that requires a long period of time. Regardless of grape variety or home region his or her best chance is in markets where a large number of consumers trust their own taste and risk making their own quality judgments. For example, Piemont/Italy wouldn’t be where it is today if producers like Angelo Gaja or Elio Altare hadn’t dramatically improved the quality of their wines, and enough consumers in markets like America and Germany had acknowledged that by paying higher prices. This was a rare case of rapid change in the wine market, though it still took several decades.

During the same period Riesling, particularly dry style Riesling, often seemed stuck in the Bargain Basement of Planet Wine; a fact that used to deeply frustrate me. In some markets with a high proportion of self-confident consumers (I think particularly of Scandinavia,  Australasia and the German speaking countries) this has changed markedly, but globally the change has thus far been fairly modest. This, and the sheer number of dynamic new and young Riesling producers in Germany and around the world who cannot (yet) charge high prices, means that most Riesling wines remain modest in price and great bargains can still be found. That strikes me as something good. Riesling is, and will long remain, a democratic wine rather than a status product for the 1% of wine drinkers. And I have to say, that I feel at home amongst the 99% of wine drinkers!

Nonetheless Löwenstein has a good reason to yearn for higher profits on the psychological level. High prices give wine producers not only healthier bank balances (and much larger tax bills!), but also more self-confidence. On my recent trip to Alsace/France Jean Michel Deiss of Domaine Marcel Deiss in Bergheim said something to me about his region, which could be extended to all the others where high quality Riesling is grown,  “the winegrowers in Burgundy have too much self-confidence, and we have far too little.” I can’t explain how this functions, but I’m sure that a winegrower’s self-confidence or lack of it rubs off on her/his wines. A significant injection of self-confidence do for the producers of Riesling would surely lead to another jump in wine quality, and if that came without a major hike in prices that would be nearly perfect. In the interests of Riesling drinkers everywhere on Planet Wine I’ve also made this part of my job here. The reality in the wine glass makes my task so much easier!