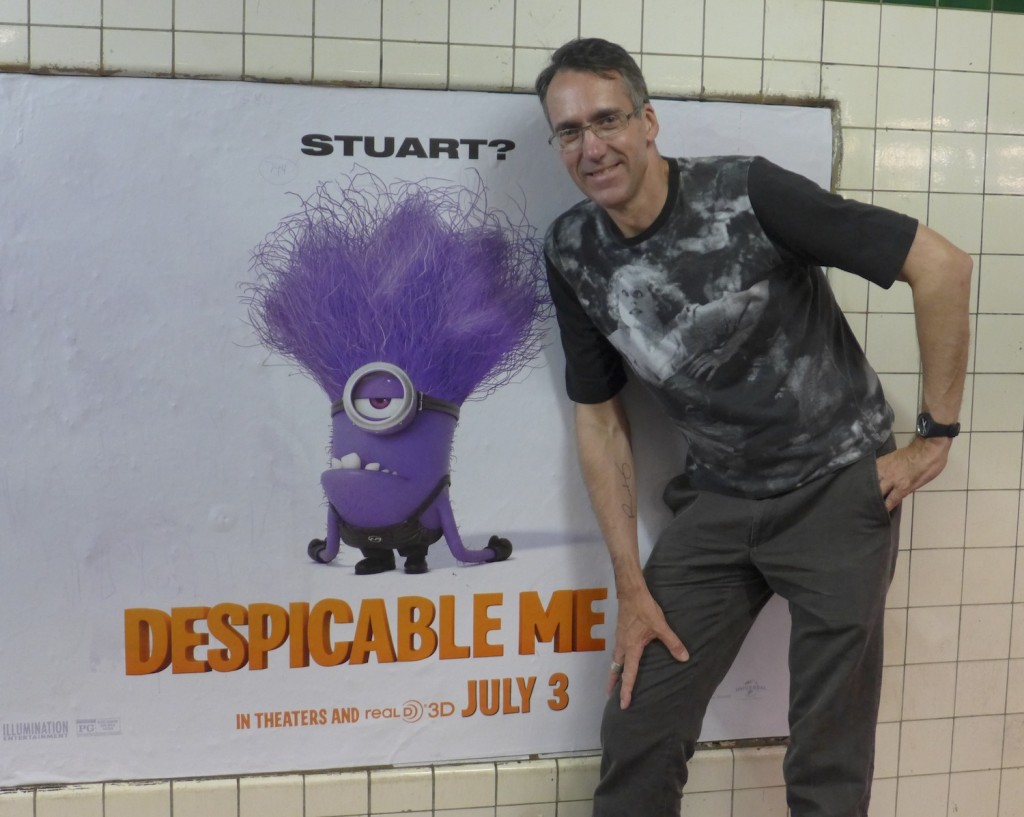 Yesterday I was busy in NYC with the exuberant and joyful Gay Pride March, then the birthday celebrations of my friend Volker Donabaum (see below), but after reading the news early this morning there was no alternative but to postpone my next wine of the month until tomorrow and directly address the issue of the spying by the American NSA on the nation’s allies. You might wonder what this has to do with a wine blog devoted primarily to the Riesling grape, but in this situation I am firmly on Albert Einstein’s side. Shortly before his death in 1955 he wrote the following profound words in the draft of a speech to mark the 7. anniversary of Israeli independence: “In matters of Truth and Justice, there is no difference between large and small problems” / “Wenn es such um Wahrheit und Gerechtigkeit handelt, gibt es night die Unterscheidung zwischen kleine und grove Probleme”.

Truth and Justice are the twin principals of this blog without which it simply couldn’t function. My commitment to them sometimes brings me into conflict with authority in various countries, because I adopt positions which are uncomfortable for them – Despicable Me! That they may listen into my communications and keep files on me therefore doesn’t surprise me at all. It comes with the territory. However, the fact that the NSA not only spied on the private telephone calls, emails and text messages of the citizens of Europe, but also spied on EU offices in Washington DC, at the United Nations here in New York and possibly in Brussels, plus diverse European embassies goes way beyond that. We are talking about the loyal friends and allies of the USA whose politicians and diplomats were spied upon, also using bugs!

It strikes me as essential that at this point I clearly state my fundamental position. I am a child of the Cold War, and I never doubted for a moment that I grew up on the right side of the Iron Curtain (even though England and the USA indirectly bears some responsibility fort the creation of that Iron Curtain). It was a great moment when the Berlin Wall fell in 1989, and when US and Russian nuclear weapons were “stood down” in 1991 a miraculous transformation of the world seemed complete. All this would not have been possible without the historical commitment of the US and its allies to freedom, democracy, truth and justice. I therefore write as a friend of the American people and the USA who believes in the principals enshrined in the American constitution and its amendments.

Since 1949 when the Federal Republic of Germany’s constitution was written with at least one eye firmly on the American role model Germany has been a “natural” ally of the USA. But what should German people think when the American Secretary of State John Kerry says that, “every country in the world that is engaged in international affairs of national security undertakes lots of activities to protect national security”. This means that the American Government regards the EU politicians, diplomats and civilian populations as potential/actual threats to national security! I’ve written before about the arrogance and paranoia which lie behind this world-view before (see Riesling Road Trip: Day 5). To this Kerry has added a staggering disingenuousness by claiming not to know the truth of the spying allegations (which would mean his complete incompetence!) That makes it very difficult to take anything he says seriously, and I promise you until recently I was a John Kerry fan.

I just took another look at www.nytimes.com before writing this posting and by chance right at the top was an ad for the new Mike Nichols movie starring Daniel Craig called BETRAYAL. This is exactly how the Germans feel now. I was pleased to see that on Sunday the paper published a thoughtful piece by Malte Spitz entitled, ‘Germans loved Obama. Now we don’t trust him’. In spite of it’s publication in the Right Place I fear that President Obama, John Kerry and their teams still fail to realize the simple truths about German society which Spitz’s article lays out so clearly. Let me quote the most important section, “In the past 80 years, Germans have felt the betrayal of neighbors who informed for the Gestapo and the fear that best friends might be informants for the Stasi. Homes were tapped. Millions were monitored.” This is the background to how Germans perceive the NSA’s various programs that spy on them, for it is the deep tap root of their often intense commitment to freedom and democracy (according to the open-ended motto Never Again!)

On June 19th this year Barack Obama held an eloquent speech in front of Berlin’s Brandenburg Gate in which he talked about freedom, democracy and justice, that is the core American values. He took off his jacket saying that this was OK, “amongst friends”. This now looks as disingenuous as John Kerry’s claim not to have known what was going on. No wonder columnist Jakob Augstein of www.spiegel.de (Germany’s best news site) just wrote of the German people, “we can’t rely on this America any longer”. Whatever the politicians on both sides do now there’s already been catastrophic loss of trust by the German people, and many other freedom-loving people around the world, in the Administration of Barack Obama. America now has no alternative, but to rebuild that trust from the ground up.

I write all this with a heavy heart, because the German-American and European-American relationships are fundamental to the promotion of our core values and to peace  in this hemisphere, if not the world. The damage done to these things may be as catastrophic as that which the Financial Crisis wrought upon the global economy. It not only meant the demise of certain too-big-to-fail banks with ripple-on effects that are still clearly visible, but also affected the food and drink on people’s tables. It may sound like a detail in this huge picture, but the wine market was also fundamentally affected. 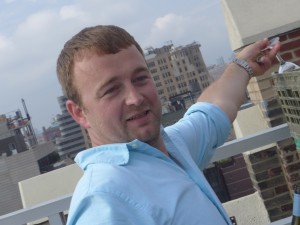 As I enjoyed Volker Donabaum’s birthday party on the rooftop of 360 TriBeCa yesterday afternoon my thoughts were far away from the future of the ideals I hold most dear. As usual Volker (who works for NYwineC importer A.I. Selections) was more than generous and his high spirits were infectious. The atmosphere was as open and as peaceful as it’s possible to be; the best side of New York. Looking back, that was the result of everybody present more or less sharing the same democratic ideals and believing in the fundamental importance of free speech, etc. Those things don’t need to be stated to have an effect, for as long as the great majority believe in them they infuse all manner of situations with mutual respect, creating an arena where creativity and innovation flourish. For a long time they were the basis of America’s dynamism and wealth (although that may no longer be the case due to the profound economic change of recent years). I fear that we’ve reached a point where the imperative of “National Security”, which actually means Governmental Invulnerability at All Costs, may also threaten these things. Paranoia is a terrible poison which can kill creativity no less easily than freedom. From 360 TriBeCa we had a spectacular view of the almost completed Freedom Tower which the picture below rather inadequately conveys. 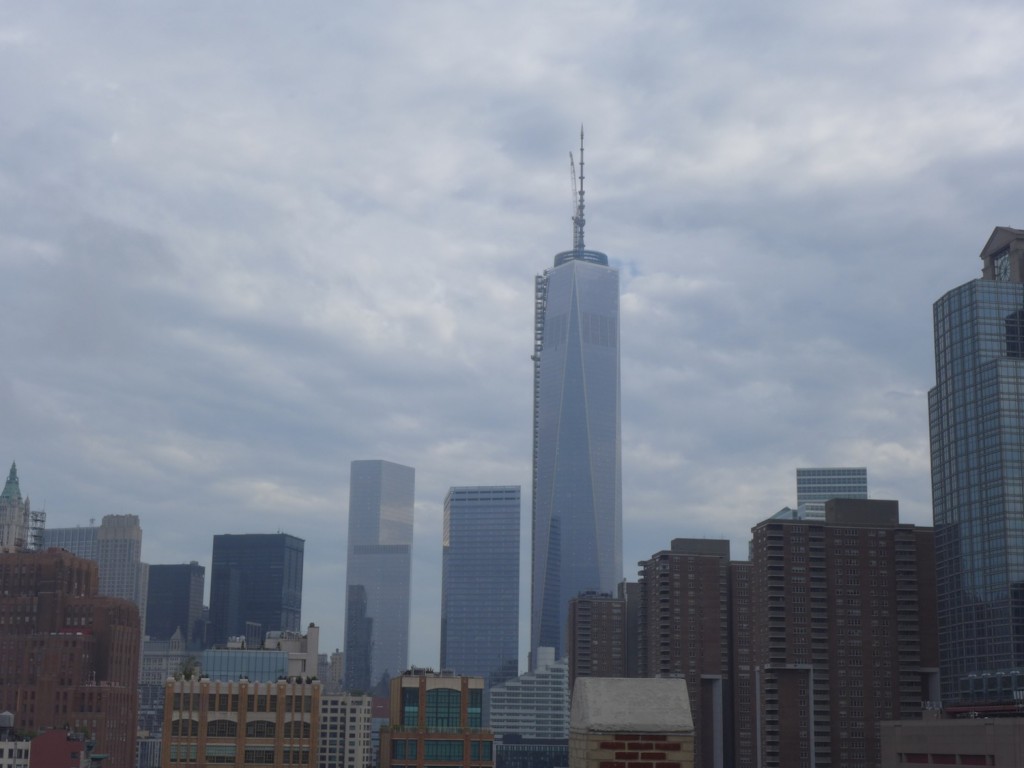 Freedom Tower. Those words remind me of 9/11, to which the developments I’m focusing on today all go back. Those events also touched me. A few days later whilst traveling on a train in Germany I found a list of all the known victims of 9/11 in ‘The Gaurdian’ newspaper, which at that point was basically a list of the people on the three airplanes. Because they were listed alphabetically I immediately noticed the first name was that of a good acquaintance, Christian Adams, who I knew through his excellent work for the German Wine Insitute (DWI). Seconds later there was a series of thudding noises from under the train and it ground to a halt. We all sat there in fear wondering what on earth had happened, what would happen, then an announcement came over the PA that someone had just thrown themselves under the train. Those were dark days. Sadly, these are too, because of what the “Good Guys” have turned themselves into since 9/11. Where is all the Change we can believe in?

One Response to New York Riesling Diary: Day 4 – What do Truth and Justice really mean Today?