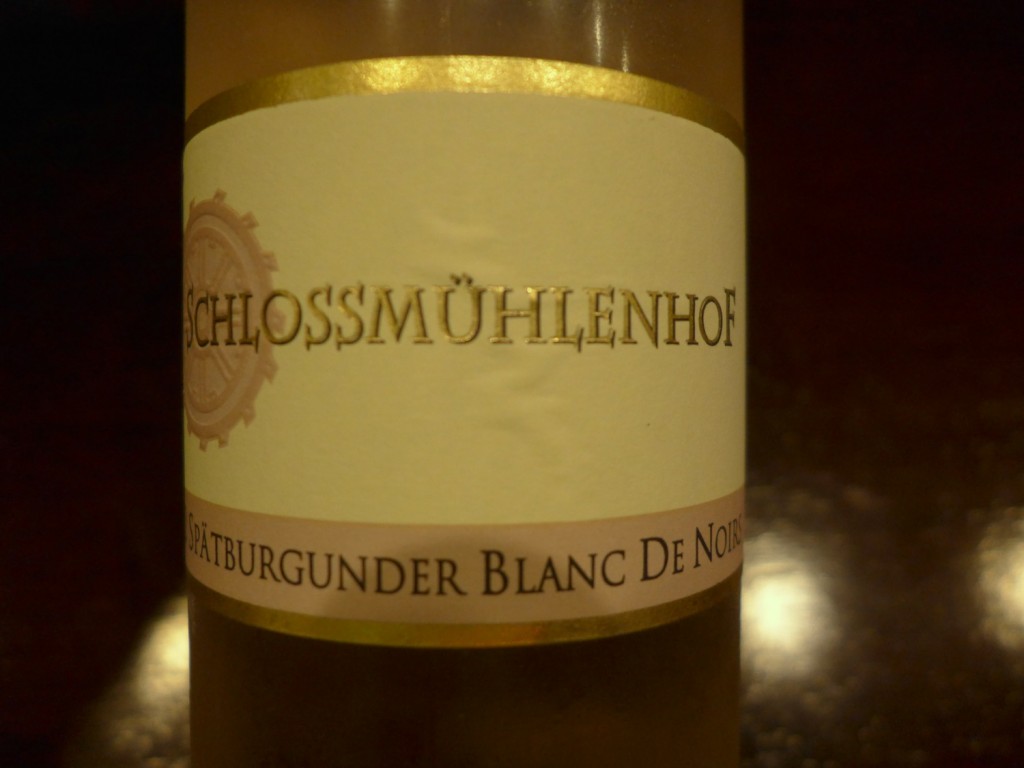 Rich, but bone-dry Blanc de Noirs made from the Pinot Noir grape (called Spätburgunder in Germany) are hardly a traditional strength of the German wine industry. However, that’s exactly what this month’s wine of the month is. What makes this all the more astonishing is that this is something I “discovered” in NYwineC very recently. When I saw the name I thought, “who the hell is that?” and “why don’t I know this producer?” When I tasted the wine, which manages to combine a considerable amount of power with great clarity and near-perfect balance, I was doubly amazed. The color was very distinctive too, with just a pale hint of rose like some champagnes.

This wine is a testament not only to a talented young winemaker, Nicolas Michel of Kettenheim – “where the hell is that?” I thought – who has obviously learnt a great deal in very few years, but also to the region of Rheinhessen which a few of years ago I started calling the Dream Factory of German dry white wine. The reason for this piece of journalistic hyperbole is that no other German wine region has so dramatically turned itself around in such a short time. That wouldn’t have been possible without a great network of young winemakers there, and obviously this network has now grown to the point where it’s so large that even I’m not aware of all its members!

Congratulations are also due to NYwineC importer Savio Soares for discovering this one faster than I did!

PS The umlaut (those two dots above certain German vowels) is actually easy to use. It just softens the vowel. For example, “ü” is pronounced “ue”.