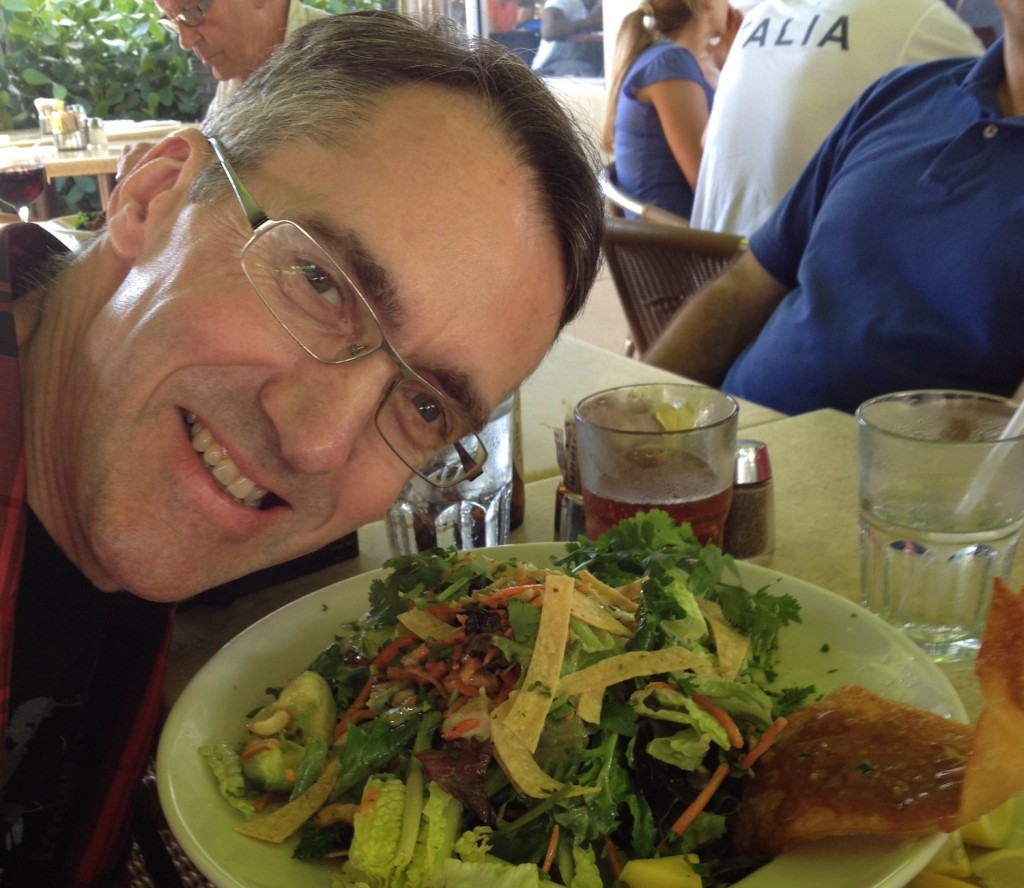 America is famously the place where everything, including the portions in restaurants, is BIG, but in many respects in recent years America has been overtaken in this by China, parts of the Ex-Soviet Union, the Arabian Peninsula and Brazil (just to name the most obvious candidates). However, in Florida it’s hard to remember that any of this has happened. If it wasn’t for the fact that I heard a few Russian accents I’d have thought the Cold War was still being fought. In Florida the America of the ’80s, ’70s, ’60s and even the ’50s live on, and I keep being reminded of photos, movies and movies from those periods. I’m not talking about some kind of zombie-like state of un-death either. No, the nostalgic glow that envelopes everything from freeway-side palms to high-rise apartment blocks is like the rosy cheeks which indicate good health.

Above you can see me with one of those BIG portions (but certainly not the biggest portion) I was served here. It reminded me of a cartoon book called ‘Never Eat Anything Bigger Than Your Head’ which I read as a teenager. I ate this mega-salad on Lincoln Road in Miami Beach, which in one important way was a total exception to the Florida Rule. I’m 53 years old, but usually here I’ve been the youngest person in the room/on the street. In contrast, in Miami Beach I was surrounded by cool young sex-bombs flaunting their smooth, evenly-tanned flesh.

Then something ugly happened and the glossy magazine calm of Lincoln Road was ripped asunder. As I was attempting to make a dent in that salad suddenly two big dogs were locked in what looked like a battle to the death, and people in this outdoor sub-tropical mall were panicking. In the end (miraculously) no blood was spilt and everything quickly returned to what they consider normalcy here. Later a new friend in Miami Beach explained to me that this was definitely a, “Miami Moment”, giving the appearance on the street of a guy riding a bicycle dressed only in a golden thong as another example… 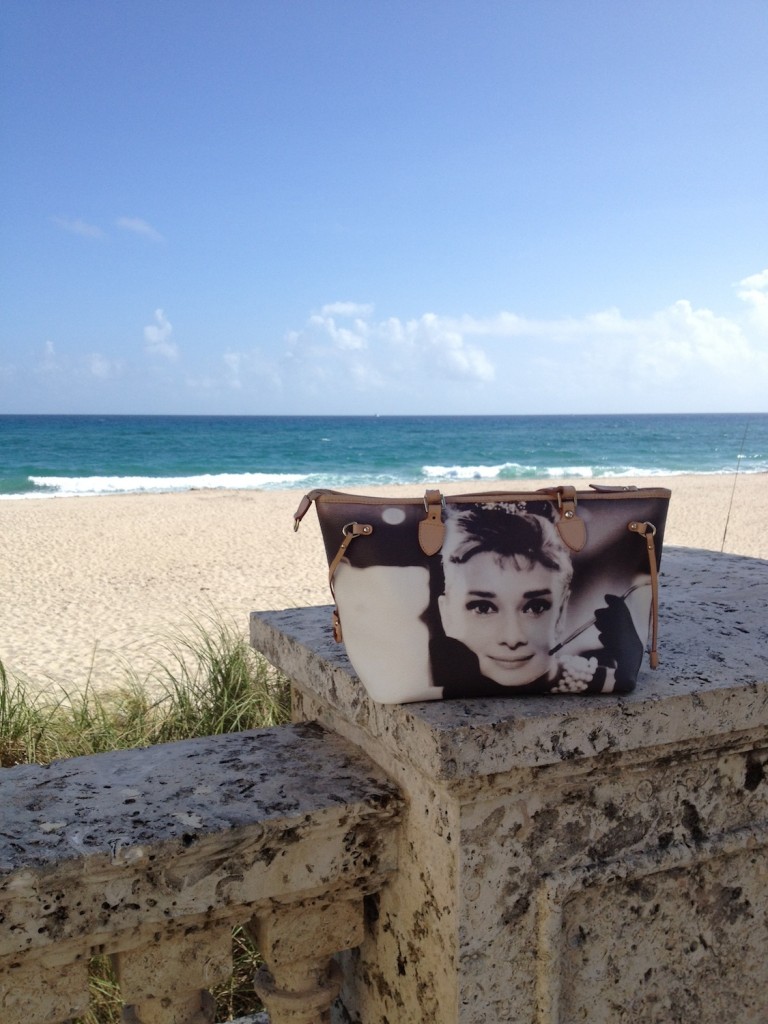 Although I’m anything but a beach person, and I try very hard to keep my tendency towards nostalgia tightly in check (in order to focus on that strange place called NOW) I’ve really enjoyed the experience of being immersed in this preserved version of earlier decades. You see, there’s no whiff of formaldehyde, in fact the place and the people almost always smell fresh, even when you know that they’re way too old to count as fresh. Wine was sometimes an exception to that rule. In liquor stores I found entire shelving units filled with White Zinfandel, a product invented back in 1975 by Sutter Home Winery, which I thought had long since disappeared from the market and been replaced by cool Pink Moscato. One of the younger people I talked to opened his wine cooler and pulled out a bottle of 2002 Liebfraumlich to ask me what I thought of it. That wine sure fits the nostalgia of this place, but I’m not sure that it would smell fresh if he’d opened the bottle. In fact I’d say that it was a full decade past its drink-by date and that proper Riesling (medium-sweet with a spritz of natural carbon dioxide?) would make much more sense in this climate. While New York has been hit with snow again every day here the temperature topped 80° F. Where is that Mosel Riesling Kabinett?

Perhaps the most important thing I’ve learnt here, apart from how richly-colored and seductive nostalgia can be, is how everything is relative. I mean that very personally. When my self-confidence is below normal and work problems are bugging me (a combination we all face sometimes), then I start to think of myself as rather old, a bit unfit and slightly over-weight. Florida kept on showing me that I’m young, in great physical shape and positively lean. At the pool I felt like a an olympic athlete at peak fitness. And I’m really grateful to Florida for hammering that home again and again. I recommend it!