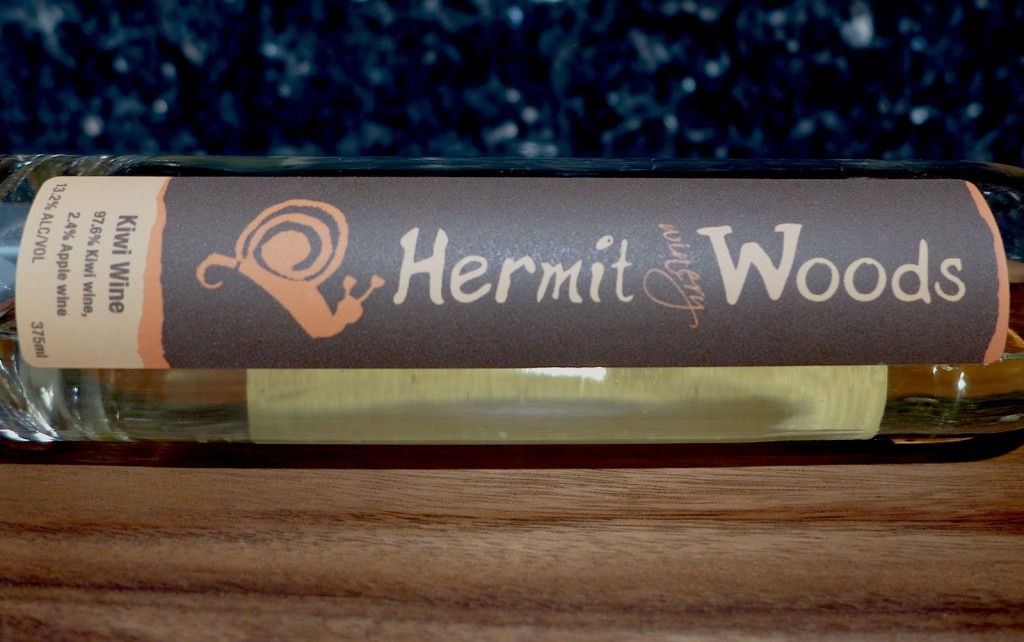 2012 Kiwi Wine $22 per half bottle from Hermit Woods Winery

My humble apologies for the delay in posting the new wine of the month, but as soon as I got back to NYWC the last vital round of corrections of BEST WHITE WINE ON EARTH – The Riesling Story, landed on my desk and there was no choice, but to push everything else aside. I only just completed that task and writing some urgent columns.

Of course, I’m well aware that you’re all going to say I’m totally crazy for declaring a wine made 97.6% from kiwis and 2.4% from apples in New Hampshire my wine of the month. And honestly, before I met Ken Hardcastle from Hermit Woods Winery I also couldn’t imagine that something made that way could be of interest to anyone who likes good Riesling (or, for that matter, other wines made from the co-called “noble” grape varieties). But something I learnt during the last years is that the world of wine is very much bigger and fuller with surprises than any of us, including me, can imagine.

All of us have convictions and suffer from them, because they create a rather rigid framework of preconceptions and prejudices which shape the way we see the world around us, and how we taste the world of wine. The reason I couldn’t imagine a kiwi wine tasting good is that the kiwi was a fashion fruit during early my twenties, when it made New Zealand seem cool long before the Cloudy Bay Sauvignon Blanc did or anyone had thought of filming the Tolkein novels on those green islands in the South Pacific.

Then, just over a decade ago I had my first epiphany with fruit wines when I encountered the apple and pear sparkling wines from Eric Bordelet in Normany/France, then Andreas Schneider of Nieder-Erlenbach close to Frankfurt/Germany started producing equally astonishing sparkling and still wines from those fruits. Those experiences opened my eyes to the fact that exciting wines can be made from all manner of fruits, as long as those fruits have exciting aromas an flavors. I have to admit though, that this is the first kiwi wine that I enjoyed drinking, and that I still don’t know if this is just one of a kind.

Actually the wine’s bouquet reminds me as much of passion fruit as kiwis, and perhaps that’s the reason that it also smells a little bit like a good Riesling. The balance is very different though, for the acidity is fresh, but doesn’t have the drive of Riesling. Then there’s a tannic element in the aftertaste which is different to the tannins of any grape wine I can remember drinking, but if it’s made from kiwis, then surely it should taste very different from Riesling or any other grape wine. It certainly made me sit up and say, “what the hell’s that?” Yes, a kiwi wine from New Hampshire blew my mind!

This entry was posted in Home, STUART PIGOTT RIESLING GLOBAL, Wine of the Month. Bookmark the permalink.