Arizona Riesling Diary: Day 2 – How AZ is About to Change the Way We Think about American Wine 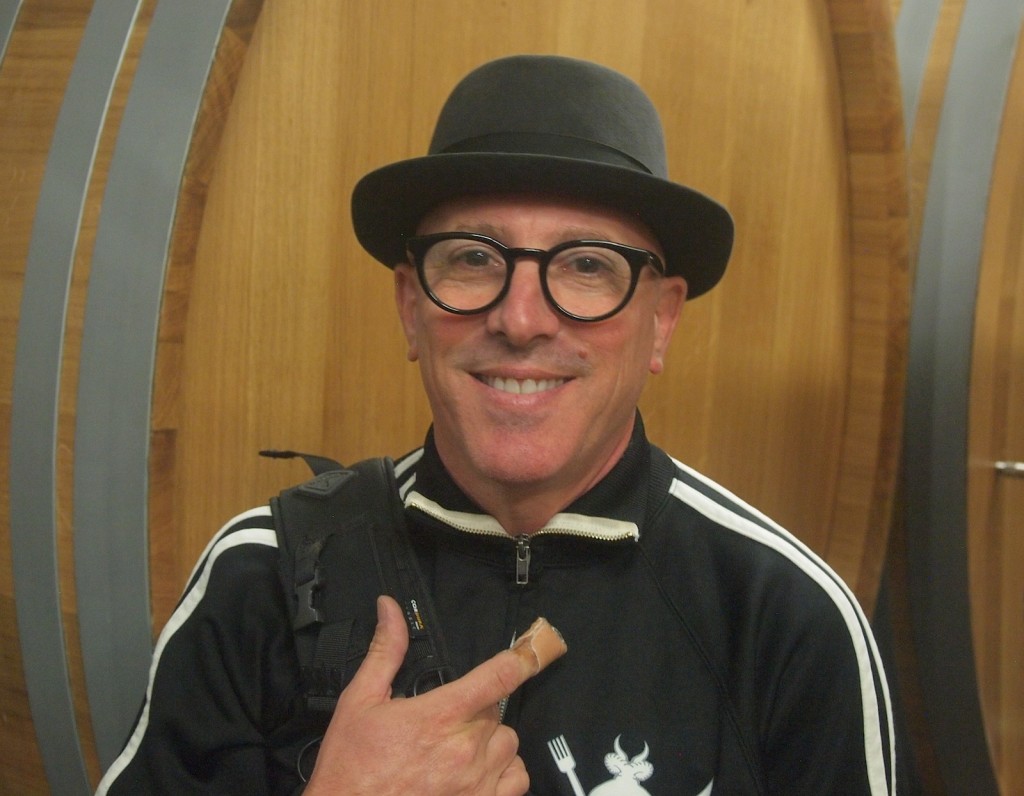 Fully aware of the journalist’s saying that there’s no such thing as a free lunch, I must report that during a generous and rather tasty dinner last night at The Asylum Restaurant in the Jerome Grand Hotel I had a moment of revelation about #AZwine. In fact, there were two moments, one of which was directly the responsibility of Maynard James Kennan, the man pictured above, the second of which he was indirectly responsible for. You can look up more biographical information on this winemaker and rock musician on the internet than I can usefully give you here, so let’s go to the wines that convince me Arizona is about to change the way we think about American wine.

The first moment of revelation when I tasted the first white wine with dinner, the 2013 “Meskeoli” from Dos Cabezas Wine Works in Sonoita down in the southeast of the state, which managed to be simultaneously bold and richly expressive, but also cool and lively. The back label detailed a blend of grape varieties so crazy and complex that not only could I never have dreamed it up, but I can’t understand how anyone managed to get all those components to give a wine so precisely balanced and delicate in flavor. Amongst them was 15% of Riesling, that somehow seamlessly ran through the body of the wine like a silver thread. The majority of the blend was composed of Picpoul, Viognier, Roussanne, plus a splash each of Albarino, Muscat and Malvasia. I would place this wine firmly in the Mediterranean-type dry whites category, but I don’t know anything else in that category that comes close to this. Congratulations are due to Todd and Kelly Bostock for this delicious curveball of a wine! 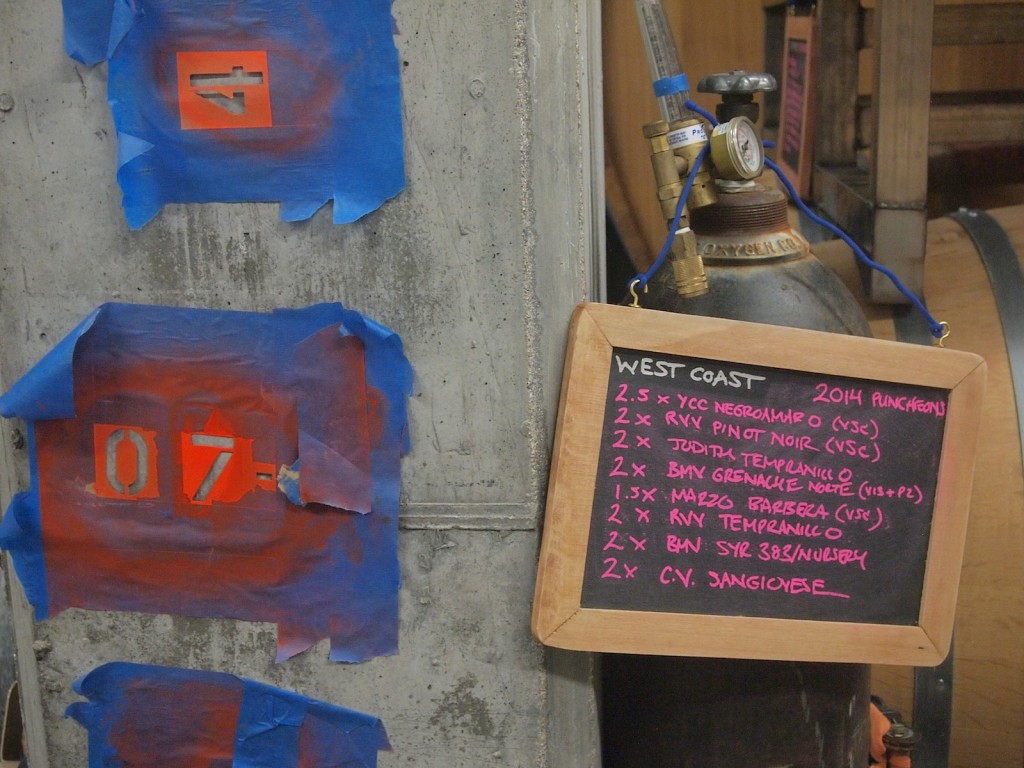 They are good friends of Maynard’s and that was, I guess, as much the reason their wine being on the table as its inherent quality, but that is not the issue. I was far from being alone in singing its praises. The same could be said of the 2012 “Kitsuné” Sangiovese red from Maynard’s own Caduceus Cellars here in Jerome, a slightly eccentric corner of which is pictured above. American Sangiovese usually taste a bit tart, lean and rough, even when it manages to have 13.5% natural alcohol like this wine. There wasn’t a hint of that in this wine, also sourced from a vineyard in the far south of the state. Instead it had the ripest and brightest cherry aroma wrapped in a slew of dark aromas that ranged from violet to star anise. And I promise you all that I’m not the guy who normally writes descriptors like that. It was seriously tannic, but those dry tannins were wrapped in something that felt like velvet on my tongue, so that even at this young age the wine slipped down almost effortlessly while touching nerves I didn’t know American Sangiovese could reach.

Of course, dinner had been bought for us all and there’s no denying the intention of this on Maynard’s part was to impress us. Please dismiss all the above if you think the situation makes the impressions I gained invalid, but in that case you might have to permanently avoid this blog. You see, if I think that it helps me find out something valuable I am going to let a winemaker entertain me, and I will always bring my own attitude to that dinner table. I think that it is also significant that several other wines were served that were either very good but not mind-blowing, and one (the 2013 Dos Ladrones, a dry white from Caduceus Cellars made from a 50/50 blend of Chardonnay and Malvasia) that was technical spot on, but left me cold. That strike rate tells me that the best winemakers of this state are just getting into their stride. However, it already seems clear that the best wines of the future from here will not be pure varietal Cabernets, Merlots or Chardonnays, but will lie outside the current American Wine Box in which most of the nation is drinking. For #AZwine to be fully successful it will have to persuade some of them to drink outside that box with relish.

One Response to Arizona Riesling Diary: Day 2 – How AZ is About to Change the Way We Think about American Wine