FLXtra: ELEVENTH EDITION! – Heart & Hands for Riesling (and the Truth about Bald Eagles) 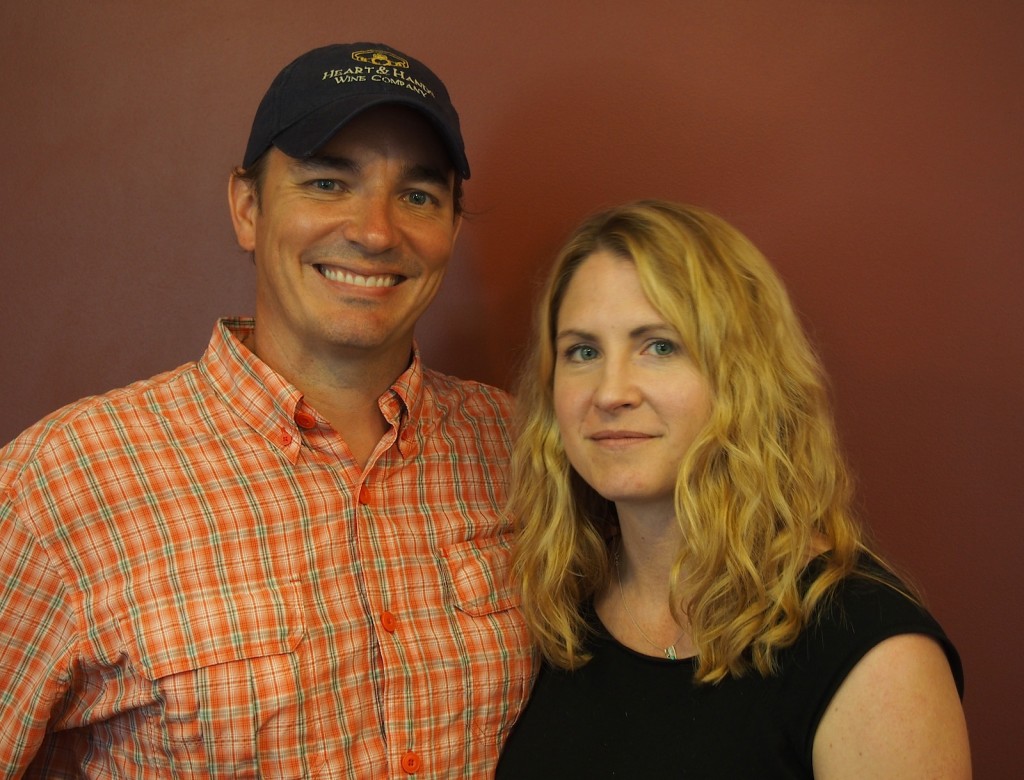 The small Heart & Hands winery just outside Union Springs on Cayuga Lake that was established by Tom and Susan Higgins, pictured above, in 2008 rightly has a serious reputation for Pinot Noir red wines. They have elegant dry tannins that far too many FLX Pinots are sorely lacking). However, Heart & Hands is still far too little known for the winery’s excellent dry and medium-dry Rieslings. Even I fell into that trap, and was seriously surprised when I was finally confronted with those wines. This made the almost three hour cycle ride from Geneva to Heart & Hands essential, but that also introduced me to a stretch of FLX country I’d never seen before including the Montezuma National Wildlife Refuge at the northern end of Cayuga Lake. But more about that in just a moment.

The Higgins’ Estate Vineyard lies only a few hundred feet from the eastern bank of Cayuga Lake and is one of the most beautiful vineyards I’ve seen in the FLX. This beauty isn’t only optical, the product of its considerable grade and the way the slope has been partially terraced, but also the result of the precision with which it is being cultivated according to principals very different from FLX mainstream vine growing. The most important aspects of this are the fact that the canopy hasn’t been hedged yet although the vine shoots are already several feet above the top wire, and the planting cover crop of clover between the rows, but I could list many other things. Although only about 8% of the vines that the Higgins planted here in 2010 are Riesling (the rest are Pinot Noir), with the first vintage the wine from them has established itself as one of the high points of their Riesling range. The Heart & Hands 2013 Estate Riesling has intense floral aromas that are unusual in this region, is juicy and vibrant, and though technically medium-dry is a great food wine. Can I taste the Onondaga limestone soil (in the background of the photo below) that dominates in this site, or the shale outcrop in part of the Riesling parcel in the upper block of the vineyard? Maybe, but mineral character isn’t something I expect from the first vintage of a new planting. 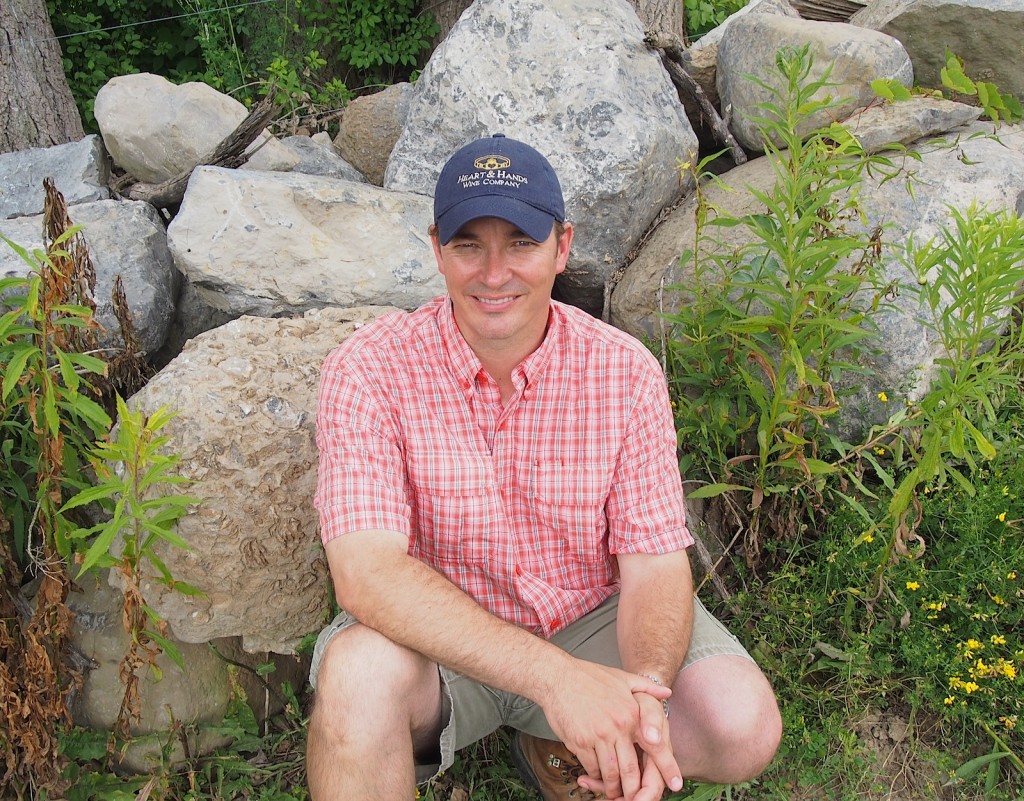 If you want proof that FLX Riesling can have a pronounced mineral taste, then try the Heart & Hands 2013 “Paul’s Legacy” Riesling from the Hobbit Hollow Vineyard. Cool and delicate with tart peach and fresh herbal aromas it is sleek with a brilliant interplay of acidity and aromatic sweetness, from which an intense mineral freshness emerges like sun after rain. It’s also the first interesting wine I tasted from Skaneateles Lake to the east of Cayuga. From the opposite (i.e. western) bank of the Higgins home lake comes the equally impressive drier 2013 Patricia Verona Vineyard Riesling with enticing notes of blossoms and white fruits, is quite rich and positively textural with a long elegant finale that is also quite mineral. Slightly simpler in flavor, but even more powerful and generous in style is the 2013 Dry Riesling. At first I underestimated the Higgins 2013 Nutt Road Riesling from the western shore of Seneca Lake, but this wine also has a lot of character and some real elegance. Finally, the slightly sweeter Heart & Hands 2014 Riesling is a deliciously succulent and pristine wine that suggests this is also an outstanding vintage for my favorite grape at this winery. I can’t wait to taste their other 2014 Rieslings! 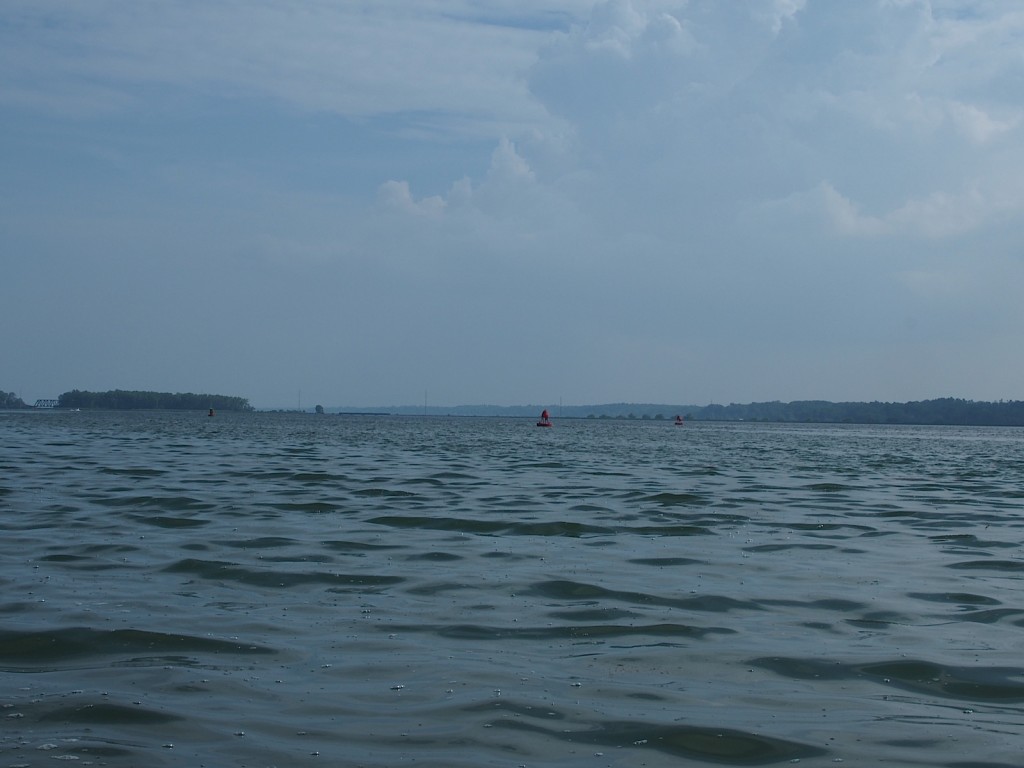 Tom kindly drove me back to Geneva after the tasting and as we set off he explained about the troubled relationship between some of the Native Americans of the Hauendosanee, or Iroquois Confederacy, and White America. Then he was on to how the local Onondaga limestone (named after one of the Five Nations of the Iroqouis Confederacy) over great distances by Native Americans as a material for arrowheads axes. White America was also excited by the special qualities of this stone and used it as a construction material in New York City and elsewhere. Then Tom was on to the native fauna and flora of the region, which I have been observing since I arrived here on June 20th, but often failing to identify because it is frequently very different to that in Europe.

Tom suggested a stop at the first lock of the Seneca-Cayuga Canal where he pointed out a bald eagle, the national bird of America and an important emblem of the US,  in a nest at the top of a disused electricity pylon. He explained that the bird guarding the young in the nest was a male and that it is the female bald eagle who does all the hunting. What would Tea Party supporters think if they found that out? That sight reminded me that on my ride through the Montezuma National Wildlife Refuge I’d seen even bigger mega-nests on electricity pylons that looked like something right out of Jurassic World. Tom told me that often ospreys – another beautiful raptor – occupy abandoned bald eagle nests and as we passed those mega-nests he felt pretty sure that this was the case there. Tom and Susan Higgins used to live in New York City and were in computing so they are now also occupying a nest someone else had previously used. They are not strangers in this land which is still a bit strange to me though, rather their intense involvement with this land – involving their hearts and hands – has made them natives of it.

2 Responses to FLXtra: ELEVENTH EDITION! – Heart & Hands for Riesling (and the Truth about Bald Eagles)