@CityofRiesling Diary: Day 2 – The Many Faces of the Future in Northern Michigan 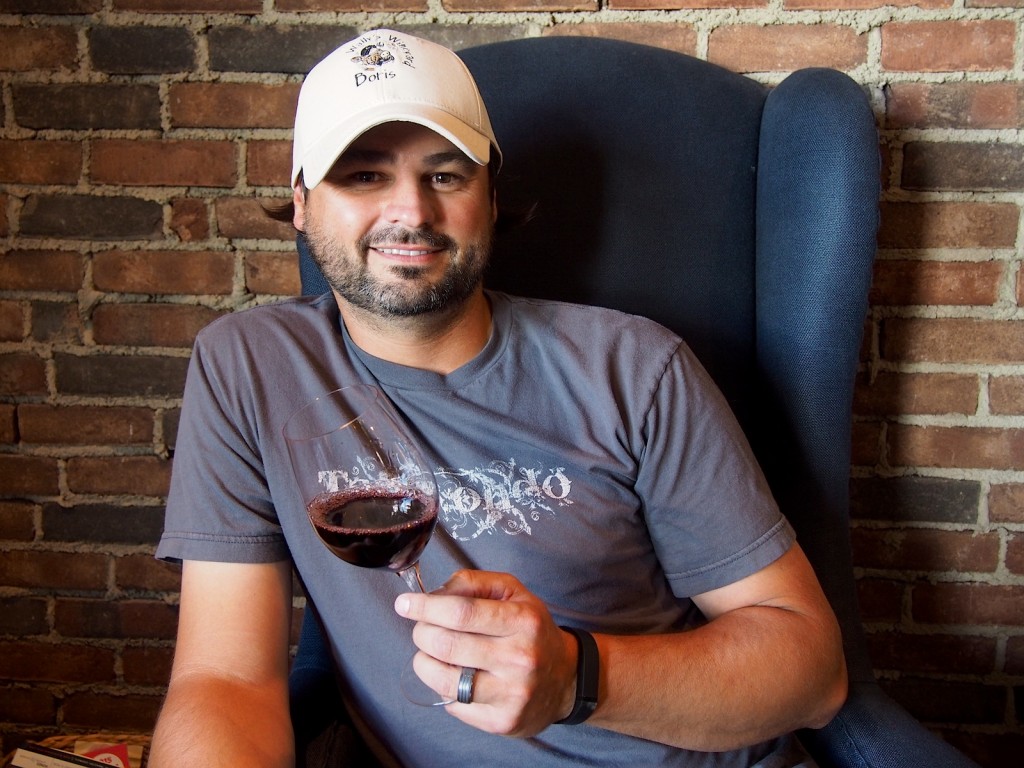 Why beat about the bush? I may be up here in the Traverse City area for the @Cityof Riesling event on Sunday evening (July 26th) and Monday (July 27th), however, today I tasted some amazing red wines made by the man pictured above. Coenraad Stassen is the South African winemaker of Brys Estate on the Old Mission Peninsula (OMP) and although he makes some very good white and rosé wines his genius is crafting sophisticated red wines in this climate that at first glance (think sub-arctic conditions last winter and the one before) seems seriously unsuited to the production of good red wine. What makes this all the more remarkable is that Brys Estate is just celebrating it’s tenth anniversary and Coenraad hasn’t been the winemaker for all of those years. I wasn’t surprised that the wine he showed me that impressed me most, the 2012 Cabernet Franc, costs $50 in the tasting room. Not only is it impossible to produce such wines here in the years with less favorable weather patterns, but this wine has the most captivating fragrance and its considerable power is so well wrapped in ripe flavors that it only blossoms after you swallow the wine in a fireworks display of flavor. And there are more than 10,000 bottles of this wine! Even more imposing were the already sold out Artisan series reds from 2007 – a Merlot and a Cabernet Franc – but along with yet more concentration of flavor they also had more obvious oaky aromas. I preferred the frank fruit and joyful personality of that 2012 Cabernet Franc. 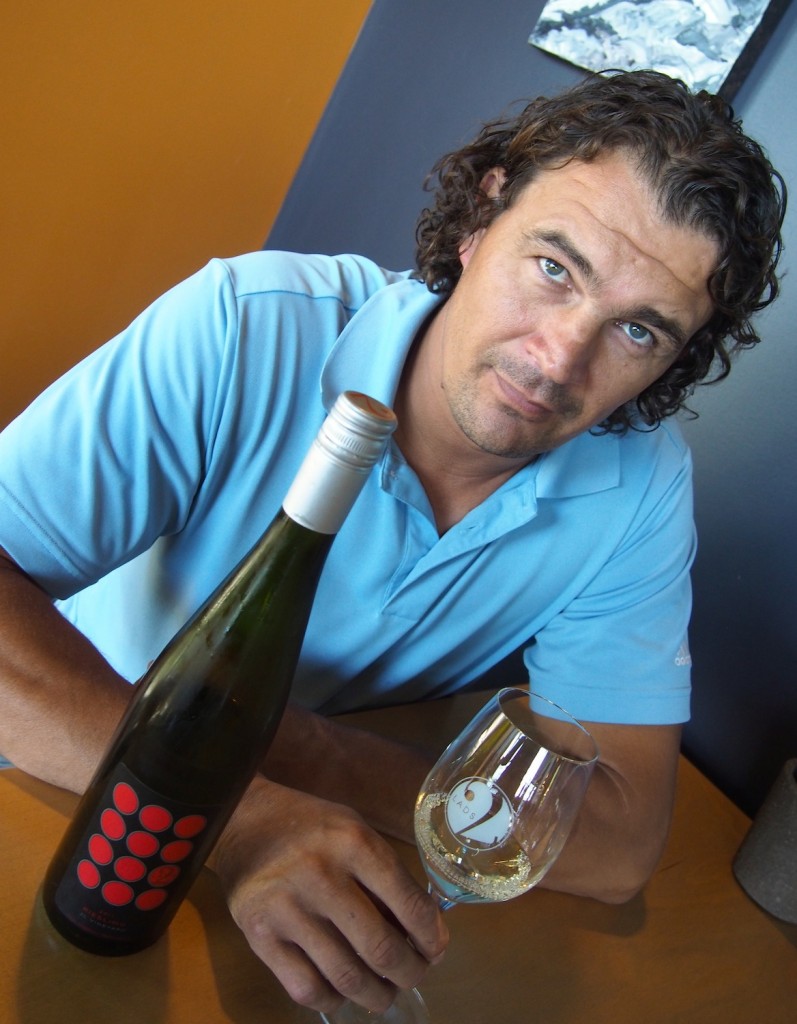 Cornel Olivier, pictured above, was the first winemaker of Brys Estate and is now half of the 2 Lads winery, where the lesson I had to learn about the red wines of Northern Michigan continued. Conrad is also a talented maker of red wines, and it was his Pinot Noirs which blew my mind, most importantly the Beatrice and Cuvée D bottlings from 2013, which blew my mind. The short and rather intense growing season of the OMP and the brutal winters hardly look like a combination ideal to persuade the delicate Pinot Noir grape to give it’s best. However, a great deal of detailed work in the vineyard has enabled Cornel to coax some amazing aromas and flavors out of this grape, even in the 2013 vintage that was far too wet to be ideal for red wine production. The 2013 Beatrice has some serious tannic power that leaves you in no doubt about its presence, but there’s enough ripe cherry fruit to prevent this from making the wine overly austere, while the 2013 Cuvée D is lush and seductive, its tannins sheathed in a kind of velvet that seems totally 21st century. Both wines weigh in at $44 per bottle in the tasting room. Then there are the 2 Lads Rieslings, in particular the very elegant dryish wine they make from their home vineyard and the great 2013 Late Harvest Riesling they made from the Fouch Vineyard that made me remember why I had travelled to the OMP from New York Wine City. It has one major advantage over those Pinot Noirs: it costs under $20!

2 Responses to @CityofRiesling Diary: Day 2 – The Many Faces of the Future in Northern Michigan