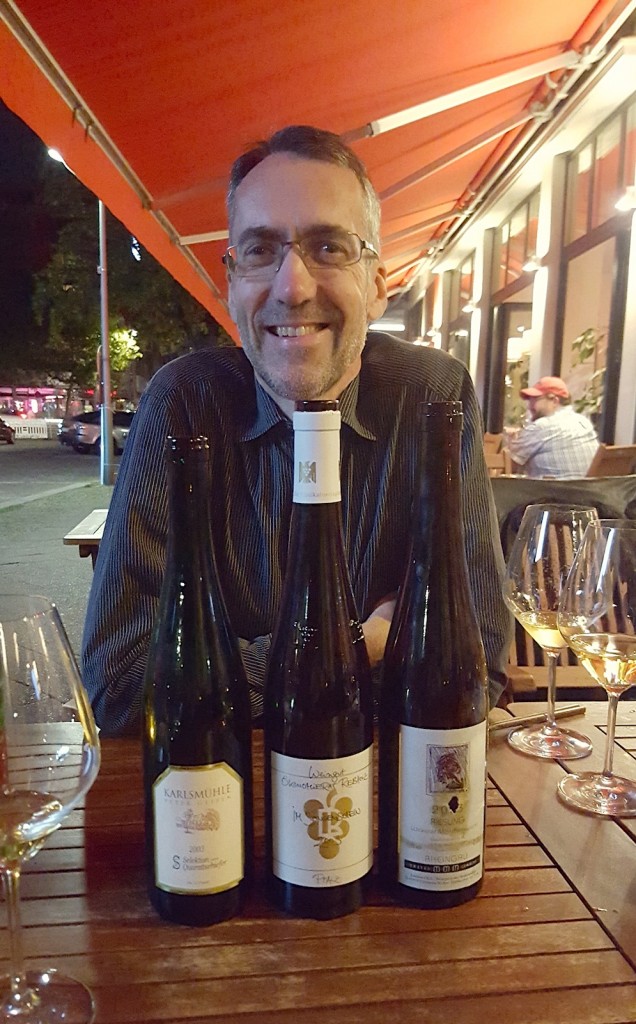 Here in Berlin I’m still struggling with that virus in my lungs, but I’ve been trying not to let it get me down. One of the best things about being back in Berlin is being able to visit Hot Spot,the Chinese restaurant known to almost all of its customers by the name of its remarkable manager  and guiding as Wu or Mr. Wu. Here an astonishing synthesis of Chinese culinary culture and German wine culture has been achieved that is, as far as I know, unique in the entire world. Not that Wu considers his own achievements to be in any way remarkable, for he would say that all he has done is to take the logical step of combining worlds of flavors that belong together. That may be true, but before he did it nobody else saw it that way, or at least if they did they didn’t do anything about it.

Regardless of the field of human endeavor, that is the decisive question, not who believes to some degree in a certain idea, but who acts upon their belief and does so in a way that cannot be ignored by their contemporaries. It’s sometimes been suggested to me that somehow I was responsible for the renaissance of Riesling since the last turn of the century, but this is complete nonsense. If I’d died back in 2000, then the developments of recent years in Germany and elsewhere on Planet Riesling would all have happened very much as they did. The one thing I can rightly claim is that pre-2000, before the new and mighty wave of enthusiasm for my favorite grape and its wines was visible, I sang the praises of what was then an almost completely forgotten and horribly misunderstood category of wines. I did this decisively and in way that couldn’t be ignored here in Germany, and this certainly sent a signal out into the world that was received by many.

Wu’s achievement at Hot Spot is the uncompromising way he runs his restaurant according to his unique culinary concept. He has proved that you can mix food and wine cultures in ways previously regarded as impossible, or at the least totally improbable. And that is very much what my next project is all about.

Yesterday, after 8 months of work on and off I just completed the first in a series of e-pamphlets (available shortly for Kindle through Amazon) on the subject of America, wine and I. The above logo will appear on the cover of all these publications and stands for the spirit of a generation of winemakers scattered across America in unlikely locations who are daring to make remarkable wines where most people would consider this impossible, or at least totally improbable. My role is that of the traveler who dares to take the new underground Rock Star winemakers of America seriously, visits them with an open mind and the desire to understand their world, then reports on their achievements. It is, of course, bizarre that I an Englishman should be doing this rather than patriotic American wine journalists, but it seems to me that this mix of cultures is an important part of the entire project. That’s why #1 in the series tells the outrageous story of my first journey of discovery to America and how that set me on my present path. Watch this space for more information very soon!

Important note: Dear German winegrowers, Dear fans of German wines, the fact that I will be writing a series of e-pamphlets about the wines and winemakers of America does not mean that I will be taking the wines of Germany any less seriously than during the last decades. This is not a matter of either / or!