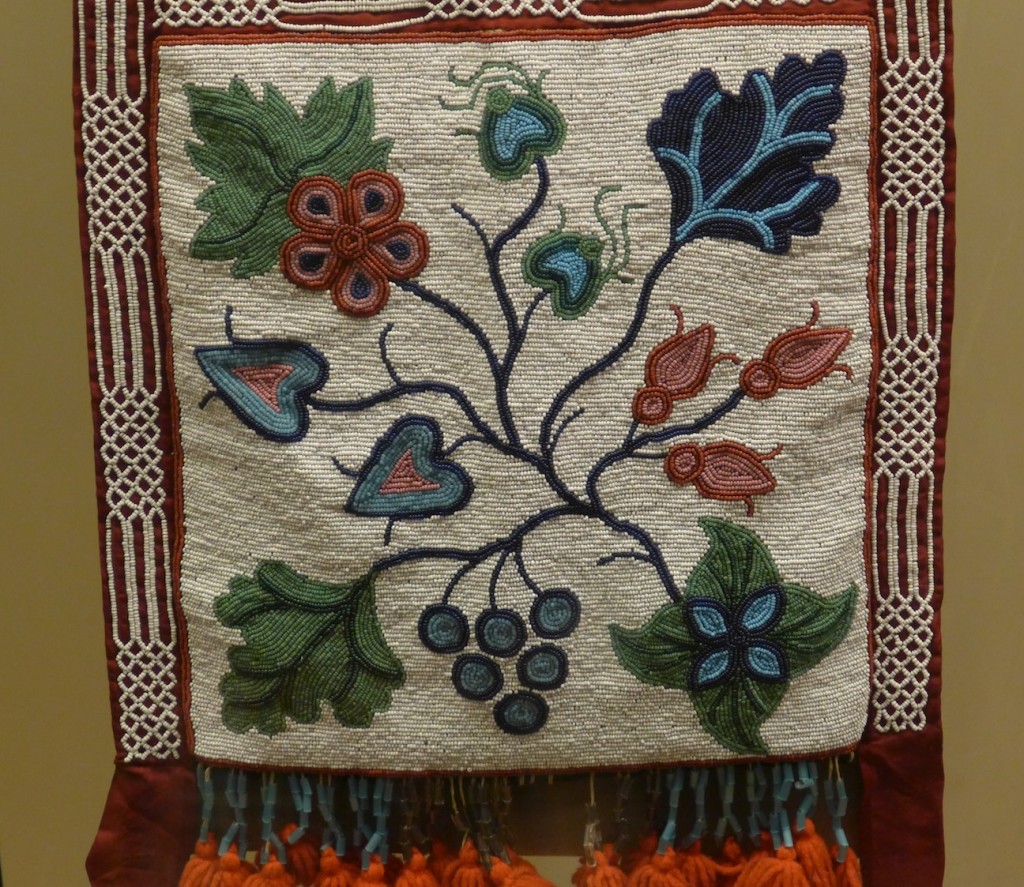 Rarely do I take an article by a colleague and pick it apart here on this blog, because this could so easily be interpreted as (excuse me for the pun) sour grapes that I wasn’t the one  who filled that space in that publication. Although I can’t prevent anyone from jumping to this conclusion, I feel compelled to comment upon Eric Asimov’s recent story in The New York Times, “At La Garagagista, Hybrid Grapes Stand Up to Vermont’s Elements”, because it raises questions not only as to whether Eric Asimov is really unprejudiced towards American grapes and wines, but also if much of the American wine scene isn’t grossly prejudiced against them.

Just to make one thing clear before we start, the hybrids in question are French-American hybrids, that is crosses of French (Vitis vinifera) grape varieties with native American vines that resistant to both kinds of mildew and to the phylloxera mite. They are widely planted on the Eastern side of the US, because they have an easier time coping with the climate, diseases and pests than Vitis vinifera varieties, and for other reasons that we’ll come to in a moment. Usually, somms and journalists treat these hybrids as American grapes rather than European ones, although many of them were actually bred in Europe. Of course, this same vexed question of identity comes up for American citizens who are of mixed race. For example, my therapist Dr. Brian Pheasant is one quarter Cherokee Native American and has a Cherokee emblem on his business cards. The image above is an 18th century Native American depiction of grapes (amongst other plants) to be found in NYC’s Natural History Museum.

Eric Asimov begins his article with a sweeping statement, “Wine is now made in all 50 states, though few suggest much of it is any good.” Of course, he’s not saying that this is the case or even his opinion, but making this statement about public perception right up front does give it immense weight. From the way he makes that statement it also might be taken to imply that this situation is equally widespread wherever you go in the US, for he makes no geographical or other qualification to that statement. In fact, this view seems to be most widespread in New York and the other large cities of the Northeast, particularly in the wine scene, and on the West Coast where there is a much bigger wine industry based on vinifera grapes. In the regions where the hybrids are grown, and amongst consumers who don’t belong to the wine scene in the East Coast cities there is quite some demand for them, appreciation of them. Otherwise the rather large acreage planted with them, particularly in Upstate New York, would long since have been ripped out and replaced with something else. 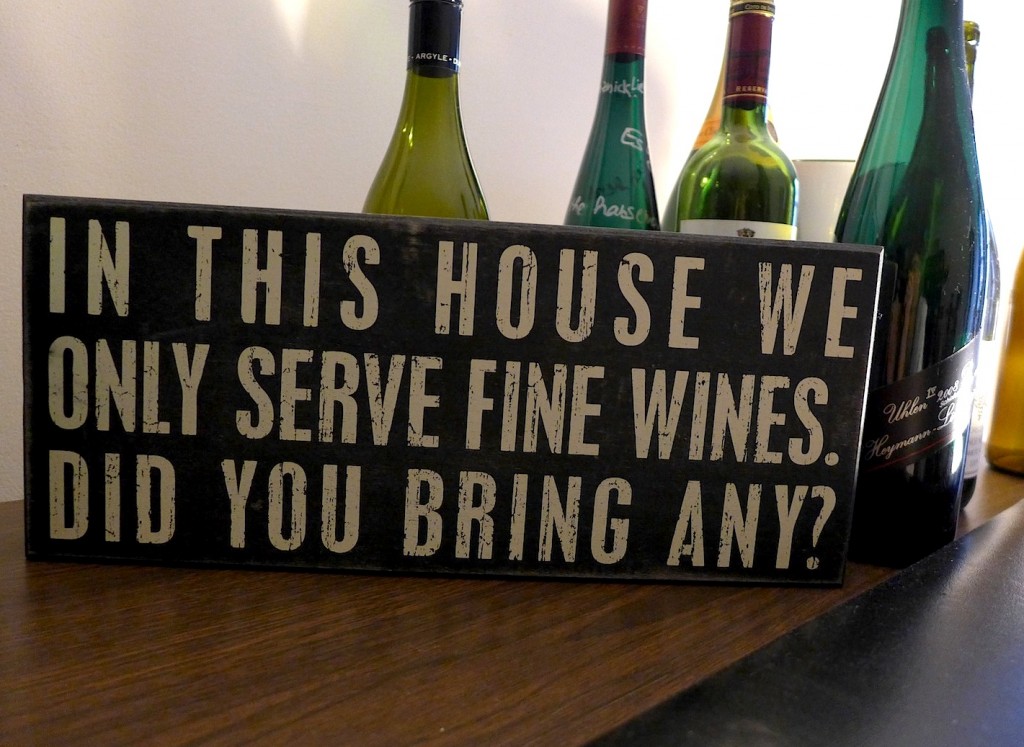 In paragraph three Eric Asimov tops all this by making the claim that, “for wine lovers conditioned to cherish the best expressions of pinot noir, riesling and other benchmark grapes, the notion of drinking wines made from hybrids…feels like trading in your chauffeur-driven Bentley for a bus pass.” What he is describing is a snobbish prejudice that is (see above) certainly not shared by all. Open-minded wine drinkers don’t place wines in hierarchies before they’ve tasted them, rather they seek to approach each wine afresh untainted by prejudice. Although few wine professionals actually do this, this is what they were taught to do! The person who sees the name of a European vinifera variety on the label and therefore expects the wine to taste better than one from a bottle with a hybrid grape’s name on the label is that living fossil the blinkered label drinker. I say living fossil, because I’ve encountered a bunch of younger wine drinkers of the Millenial generation who are no that way. There are also some of my own (more advanced) age.

To rub it in Eric Asimov then adds, “Wines from hybrids can often be dull and dreary,” which only seems to reinforce that brutal contrast between the chauffeur-driven Bentley and the bus pass. Sure, hybrids can be dull and dreary, but so can European wines made from vinifera grape varieties! Here in Berlin it would be no trouble to find Sancerre, Muscadet, regular quality red Bordeaux, various Burgundies (including some with fancy vineyard names), and, and, and. A similar list could be written for Italy, Spain, and any other wine producing country.  New York Wine City (NYWC) is in the privileged position of being protected from much of this mediocrity by importers who filter it out (by not listing these wines), but the fact that comparatively little of this French Stuff hits shelves and lists in NYWC doesn’t mean it ceases to exist. However, for Eric Asimov it doesn’t seem to. There too, I fear, is a preconception, if not a prejudice. This is one shared widely by the inhabitants of NYWC who all too frequently assume that people elsewhere in the world face store shelves and lists stocked like their own.

Now to the positive side of the article: the story of Deirdre Heekin’s La Garagista micro-winery and the wines from hybrids that she makes there. It reminded me of the many discoveries I’ve made over the decade that I’ve been (too slowly and erratically) exploring the wines of the East Coast. The last of these, the 2014 Vignoles made by August Deimel at Keuka Springs Winery in the Finger Lakes of NY a couple of months back. This stunningly aromatic (most obviously apricot and pineapple) semi-sweet wine with great concentration and a Riesling-like brilliance for just $13.99 per 750ml bottle direct from the producer. A few months before that it was the La Crescent from Coyote Moon winery in the Thousand Islands of NY region that stunned me with its citrus freshness and floral high notes. In this case a 750ml bottles costs $15.80 direct from the producer. Then there was the powerful and fresh 2013 Chambourcin red from Working Dog winery in central New Jersey. I feel rather sure from his description of the wines that Eric Asimov’s story describes a producer with wines of similar quality and originality, and I’ve put La Garagista on my to visit list. That will set you back a staggering $17.99.

My problem with the core of Eric Asimov’s story is that he writes as if the idea, “that wines made of hybrid grapes can not only be deliciously satisfying but can also show a sense of place,” is something radically new. However, it really is not at all new, because hybrids have been around for decades and some good wines were made from them right from the beginning. And please don’t think I’m claiming that I was there first, because people like Howard Goldberg, the retired OP-ED editor of The New York Times, was there long before me. 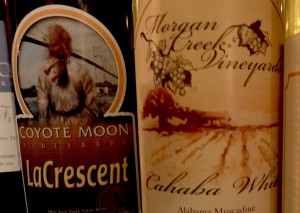 My real point is that American wine is way more diverse than any of us in the wine scene realize, and I feel that I too am struggling to eradicate some residual prejudices in my own mind, like that against wines made from Muscadine grapes in the Southeast. I seek to embrace that diversity of American wine wholeheartedly without hesitation, and of course to try and understand these wines, then to figure out which are the most exciting of them. And I promise you some of them are as exciting as driving a Great Red Shark Chevy convertible to Las Vegas at a hundred miles and hour with the top down. Watch this space!