New York Riesling Diary: Day 1 – Wine Rethinking (or how a Change is Not as Good as a Rest!) 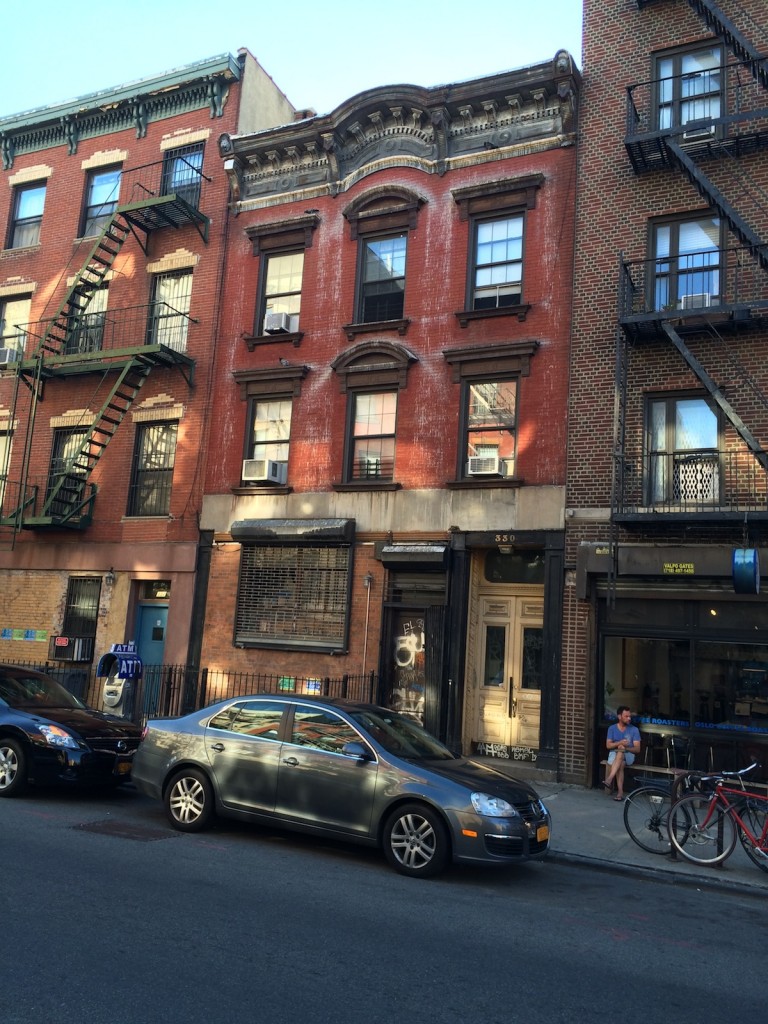 Moving from one place to another, both in the sense of traveling and of moving house unleashes unusual energies in me, and I’m still feeling the after-effects of doing both simultaneously yesterday. This is my new place in New York Wine City (NYWC), although I should point out that the windows of my room look out the back of the top floor of this three-story house in Williamsburg, Brooklyn. Arriving here from my currently improvised quarters in Berlin, Germany set my mind spinning at unusually high revs, because during the months prior to 2am on Wednesday, September 16th when I landed on this rather solid piece of ground, my situation had felt seriously nomadic.

When I was a child and I said or did something that the grown-ups didn’t like there were lots of sayings they used to throw at me like, “practice makes perfect,” ” all things come to those who wait,” and “a change is as good as a rest.” I used to hate them, because they were all frustrating for me. Are you familiar with that feeling from your own childhood? Now I have to admit that practice really does make perfect, but, on the other hand I consider saying all things who come to those who wait is just a thought-terminating cliché designed to quickly end discussion. However, for me the worst of those three examples is the last, because I never found change restful. It’s a blatant lie as far as I’m concerned, because change always made me think at far higher speed than normal, which is always hard work. Even for those many millions people seeking excapism from the work-a-day world this only works if the change is to a resort holiday or a Harry Potter novel, rather than a holiday in a crummy hotel or bad pulp fiction.

Let me explain what’s been going through my mind. It suddenly hit me what a very unusual thing it is that I earn my living by writing about wine, while, on the other, this city is full of people who are obsessed with specialist stuff like jazz music, cigars or wine. What those fields have in common is that while regular people often partake of these pleasures, they usually regard them as being closed worlds that they’ll never actually understand. Sure, some of those people become determined to make sense of, for example, wine and plunge themselves into it, but often they become gruesome wine nerds. We wine journalists, including myself, take a bunch of ideas about wine (e.g. that it is an art form, that it’s all about terroir) dead seriously that are completely outside the thinking of regular wine consumers. Worse still, we’re completely unaware of the fact that we’re as far outside their perspective as the New Horizons probe that just passed Pluto is from Earth’s orbit around the sun. Like it, we just plough on ever deeper into the void, then we wonder why nobody except the nerds can keep up with us, or even wants to try and do so. 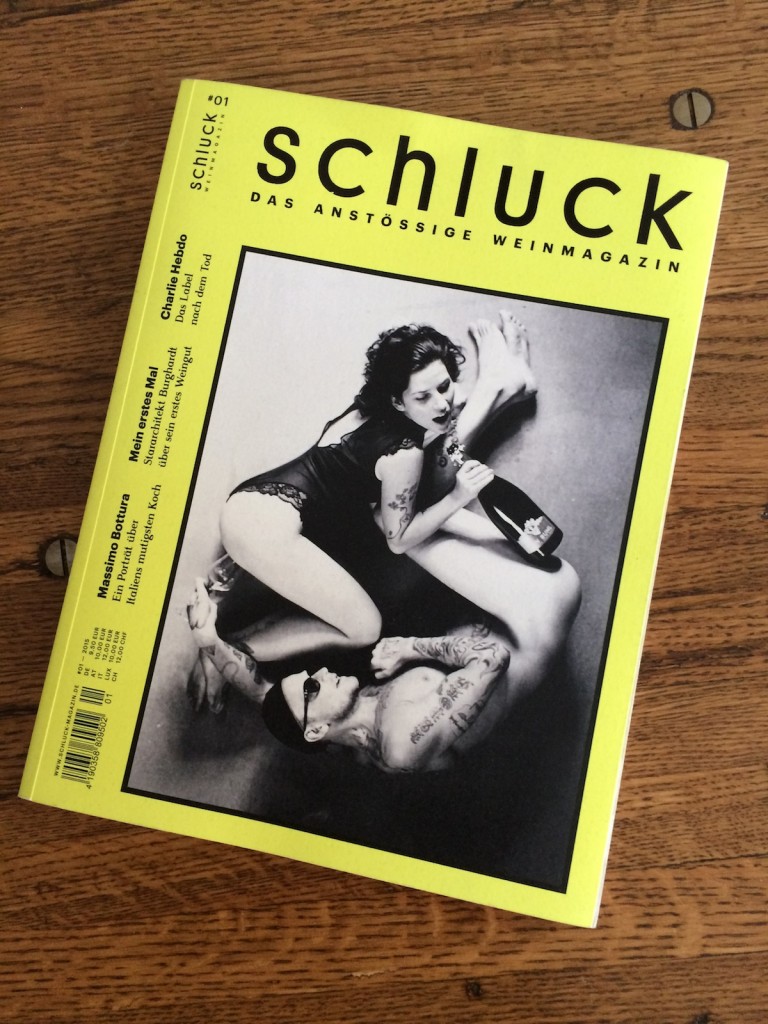 The problem is that most attempts to overcome this gulf between wine insiders and wine outsiders end up dumbing down the entire subject and employing simplifications so gross that the truth in wine gets watered down to the point where you can taste the chlorine in that water! This is no solution, but what are the alternatives? A new German language wine magazine called SCHLUCK – a print magazine that will appear just twice a year – is one of many possible answers to this question. It is full of great story-telling and strong to outrageous opinions, most importantly from the Austrian  photographer and journalist Manfred Klimek, who’s also the editor in chief. Of course, given the fact that issue #01 just came out a few days ago I can’t tell you if this path is one that will appeal to a large number of consumers, but at least it has dared to be very different, as you can see from the cover image above by Berlin photographer Oliver Rath. By the way, this isn’t just provocative wine-porn. It is reinterpretation of the image on a wine label designed by cartoonists who worked for Charlie Hebdo. It was also a strange shock for me to discover that there was a connection between this brutal terrorist attack and the world of wine, that even I often assume to be idyllic. Of course, I wish this magazine was also available to English speakers, but I think everybody can understand the cover!