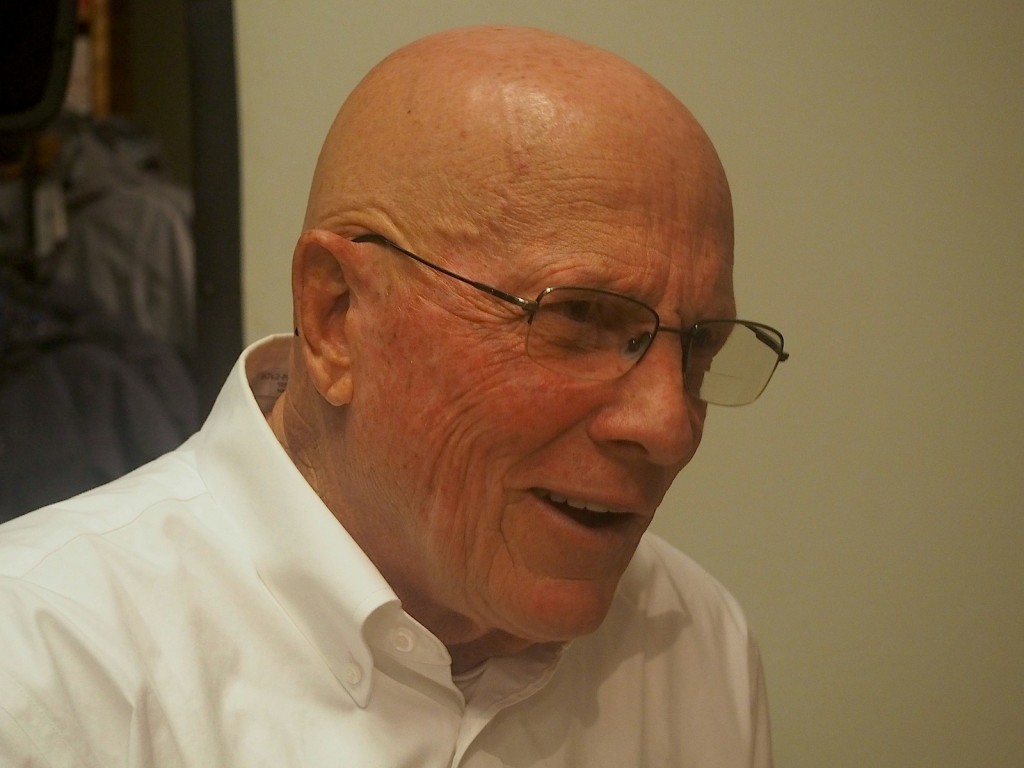 This is South Dakota author and buffalo rancher Dan O’Brien at the reading from his new book Wild Idea he gave at the Patagonia store on Columbus Avenue. Of course, the main focus of this blog is wine, and when it considers landscapes it is therefore mostly vineyard landscapes that it deals with. However, every landscape is also an ecosystem, even if many of the world’s vineyard landscapes are what I would call dysfunctional ecosystems, because man has so radically manipulated them. Mostly, vines grow were there was once forest or scrub, and if nothing is growing between the rows of grape vines or only a single plant species (seeded by man) grows between them, then the bio-diversity is very low with correspondingly negative results for soil and vine health. No wonder so many grape growers (not all organic or biodynamic) are now encouraging the growth of complex communities of “weeds” in their vineyards to combat this problem. However, the ecosystem of the Cheyenne River Valley where Dan O’Brien ranches buffalo on a square plot of land eight miles on each side is still pretty close to what it would have been before the white man arrived on the scene (except for the absence of wolves). That is another situation entirely to any vineyard I know on Planet Wine! As he said of his company Wild Idea (!), “biodiversity is our main product and buffalo meat is a delicious byproduct!”

This in itself would have made Dan fascinating enough for me, but we also go back quite a long way. Back in 2004 I read his autobiographical Buffalo for the Broken Heart and was so fascinated by its insights into the world of the Great Plains that I contact him and asked if I could visit. During the first days of October 2005 I travelled to South Dakota for the first time and stayed for a couple of days at Dan’s ranch about an hour’s drive from Rapid City in the Buffalo Gap National Grassland. That’s where I took the picture below. 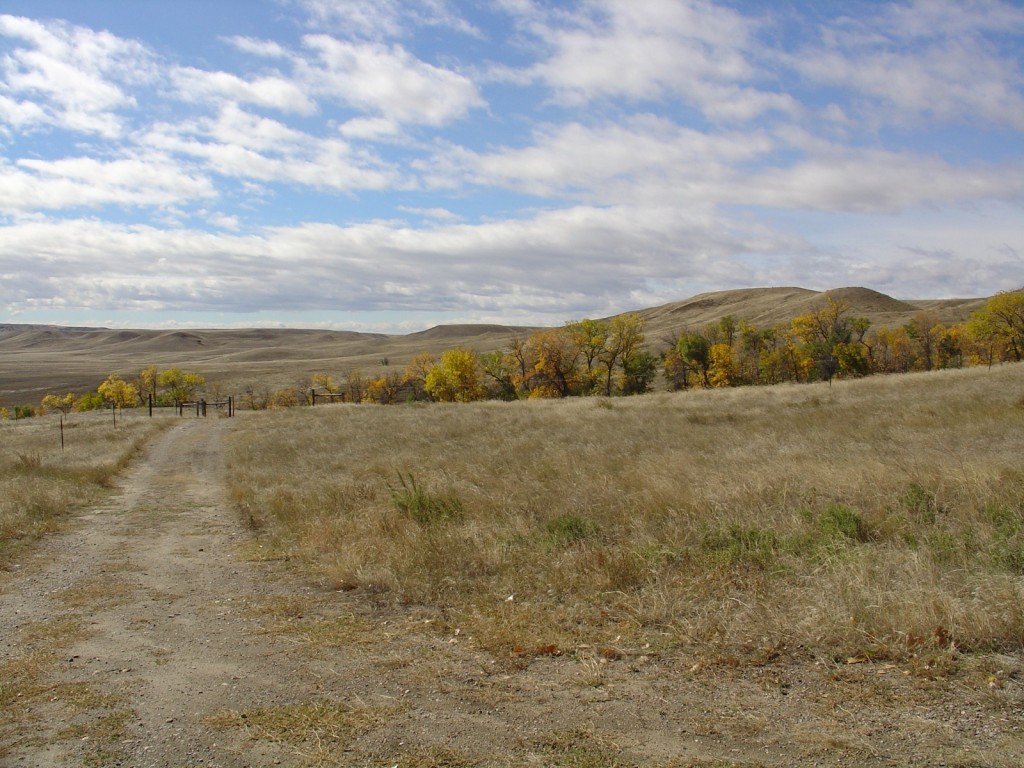 Of course, this is what most of us would call the Wild West. My trip to South Dakota with photographer Vuk Karadzik and driver Dr. Doom the Optimist turned into a pretty wild ride due to the tensions between them, the sudden and unexpected arrival of arctic winter conditions and my puzzling sickness. Only after I left the Dakotas did I discover that I had been ill with West Nile Virus. No wonder that after a long afternoon of Dan’s ranch in biting cold wind even standing under a hot shower for half an hour didn’t make me feel any warm. However, the amazing burgers made from his ground buffalo meat that Dan grilled for us that night warmed all our hearts. They had the most intense and original taste of any meat I have ever eaten, and unlike some of the steaks from Wild Idea, this is not an expensive delicacy. That’s what Dan’s referring to when he says that Americans should eat, “red meat but less of it. Buffalo meat is healthy us and for the Great Plains.” Unfortunately, much of the buffalo meat sold in the US is from animals that were fattened up with GMO crops in feed lots, then slaughtered in big industrial facilities. In contrast, Dan’s herd (pictured below) eat only indigenous plants, receive no additional feed, are harvested on the range and also butchered there in small mobile slaughterhouses. This is an uncompromising approach, but it avoids supporting industrial agriculture in the form of those GMO crops, and the herbicides sprayed on them (to which they have been genetically manipulated to be resistant to). To order buffalo meat from Wild Idea go to: http://wildideabuffalo.com 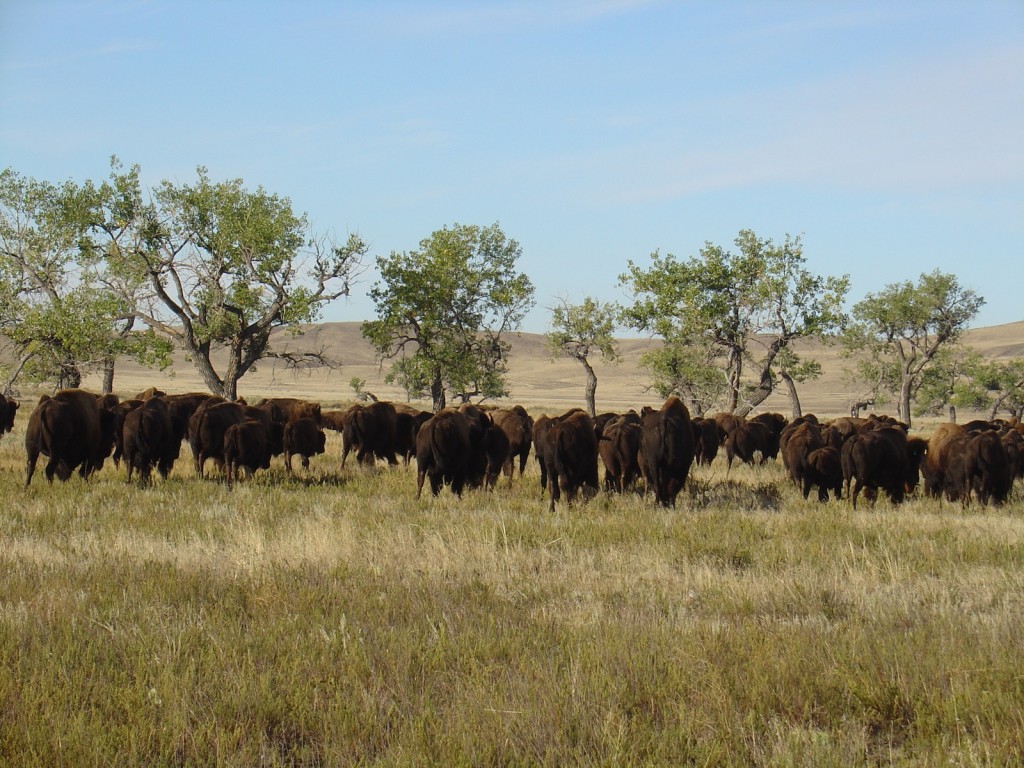 These are all beautiful images, but I feel that it’s my responsibility not to dodge the truth, rather to point out to you that “harvested on the range” means shot at close range with a high-powered rifle, “one inch behind the ear and one inch below the ear.” Then the animal dies instantly and drops where it was standing without experiencing any pain. I know that, because I was present when this was done and I saw everything. Inevitably, there is plenty of blood and if you are squeamish about blood DO NOT SCROLL DOWN from here to the next image. If, on the other hand you wanted to see that truth, then you should scroll head down straight awy. I should point out that I am sometimes a bit squeamish about anything except animals or people that are suffering, not that I look away (never!) but they can turn my stomach, so I have complete understanding if the image below is not for you. I show it hear, because one of my fundamental principals is to face unpleasant truths, or #unpleasanttruths as I call them on twitter. 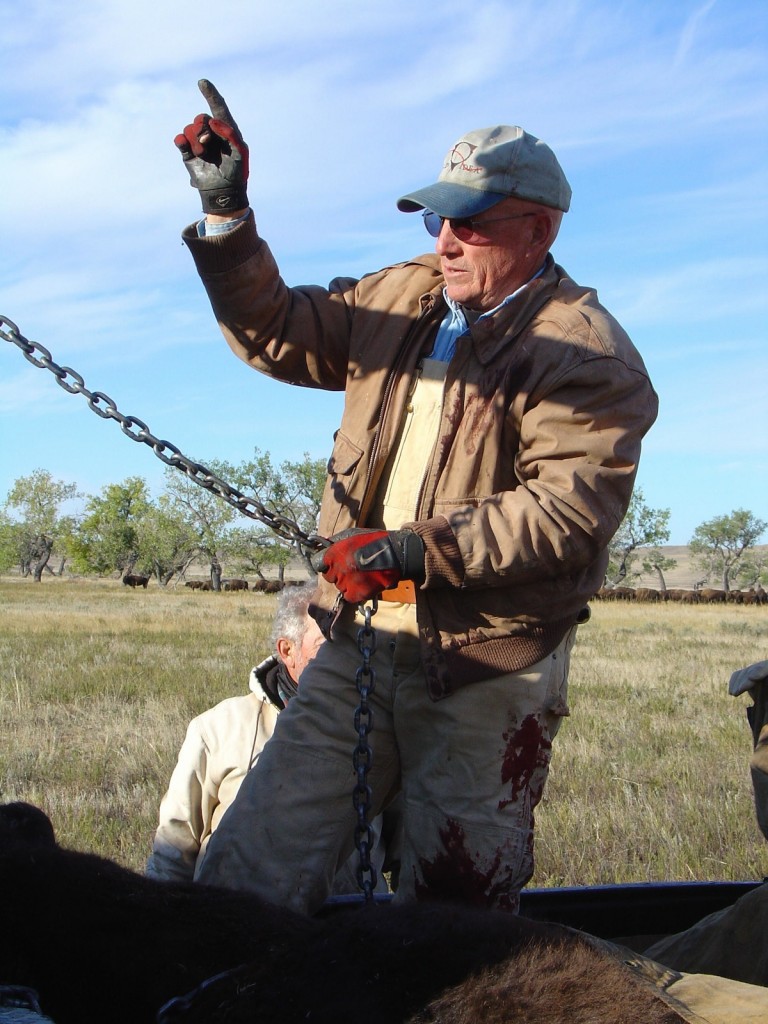 Dan O’Brien not only speaks about his passion for buffalo and the eco-system of which they are such a vital part with great conviction and earthy eloquence, he also writes about those same subjects extremely well. Part of me is a little envious of the quiet confidence with which he finds such fitting words to describe the dramatic sights and sounds of the Great Plains, and his feelings about them. I think my writing must look a bit flashy and over-thought in comparison, maybe even uncertain and hesitant compared to his. However, if this is the case it is part of who I am. Let’s face it, the best writers are those who, like Dan O’Brien, write themselves. I haven’t yet read his new book, Wild Idea (Bison Books, 2014), but on the strength of his NYC reading I feel sure this is another classic from this remarkable man that captures the essence of the complex grass-based Great Plains ecosystem and his part in it.

PS what I have revealed above of my trip to the Dakotas in 2005 is on the tip of the iceberg. Sadly, that story was so far only published in the German language. Please be patient! At some point during the next year I hope to publish something in my e-book series ROCK STARS OF WINE AMERICA on the subject of the Dakotas.