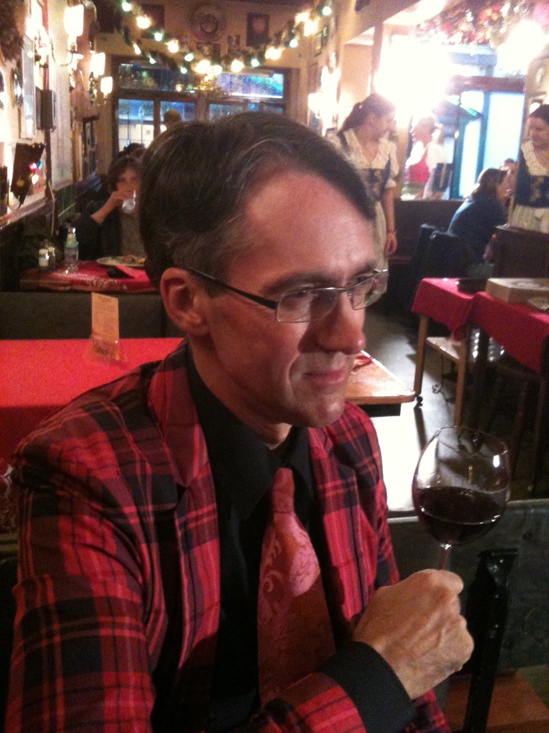 Welcome to www.stuartpigott.de in the era of WEINWUNDER DEUTSCHLAND, the BR3 TV series (see also www.br-online.de) which I made with co-author and director Alexander Saran, cameraman Sorin Dragoi (who also took the above photo of me), camera assistant Florian Bschorr and soundman Peter Wuchterl +++ For many of you these lines are the first thing from Stuart Pigott you’ve ever read, but for others it is the latest instalment in your long-term Pigott Reading Programme +++ For those seeking a large dose of new Pigott-writing I recommend the book of the TV series I wrote with the help of Manfred Lüer which was just published by Tre Torri Verlag +++ For the benefit of newcomers let me answer the three questions I’m most frequently asked, starting with “Mr. Pigott, how did an Englishman become a wine expert ?” +++ France, Italy and Spain remain the world’s biggest wine producers, and for this reason many people imagine the most important wine experts, critics and journalist must come from there +++ However, if you’re from one of these countries, then your perspective on wine is almost inevitably distorted by national chauvinism +++ England may have few vineyards (though the area has recently grown to more than 3,000 acres !), but has long been a land of wine merchants +++ When England lost its French colonies during the Middle Ages it was forced to become a wine importer and during the succeeding centuries repeated wars with France forced us to switch supplier many times +++ In the process British wine merchants gained extensive knowledge of the wines of the world and after the poor student Stuart Pigott accidentally got a job as the “wine barman” in the restaurant of the Tate Gallery/London in 1981 some of this knowledge was passed on to him +++ The wine world has changed no less dramatically than the rest of the world during my lifetime and some of what I learnt in the early 1980s – for example, German wines are light and sweet – was already out of date then.

+++ On to the second question, “Why Germany Mr. Pigott ?” +++ Germany may still be more famous for its (often good) beer, sausage and sauerkraut, its (undeniably) beautiful forests, castles and rivers than for its vineyards and wines, but they also have a great tradition which is now very much alive +++ I first travelled to Germany to experience them in September 1982 and became totally fascinated, although then you had to search hard to find really good wines +++ In 1993 I moved to Berlin from where I’ve followed the wondrous transformation German winegrowing has undergone since then +++ I have frequently reported on this in my column in the FRANKFURTER ALLGEMEINE SONNTAGSZEITUNG which has appeared every week since the first issue of the newspaper in September 2001 +++ Like my columns and articles, most of my books are sadly only available in German, sadly, because they are revolutionary pieces of wine journalism.

+++ Finally question three, “Where did you get those jackets Mr. Pigott ?” +++ They are all from Vivienne Westwood whose designs I’ve worn for almost 20 years +++ Of course, sometimes the weather forces me to put on something practical as in the second on-location photo of me (from Florian Bschorr) with Sorin Dragoi on the left and Peter Wuchterl on the right +++ sometimes TV is hard ! 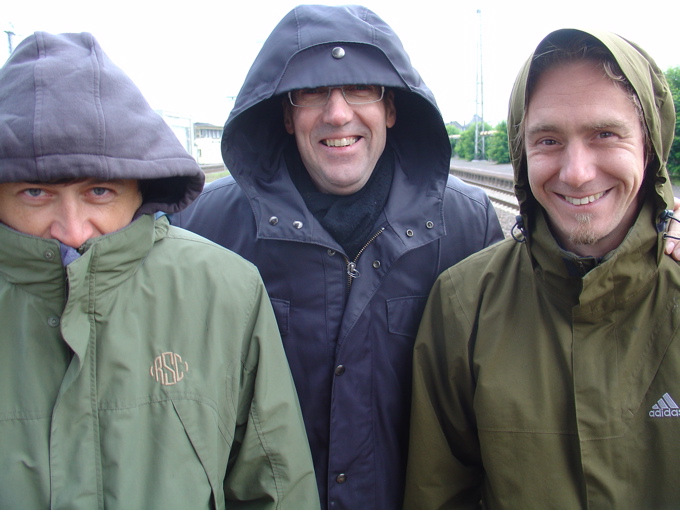