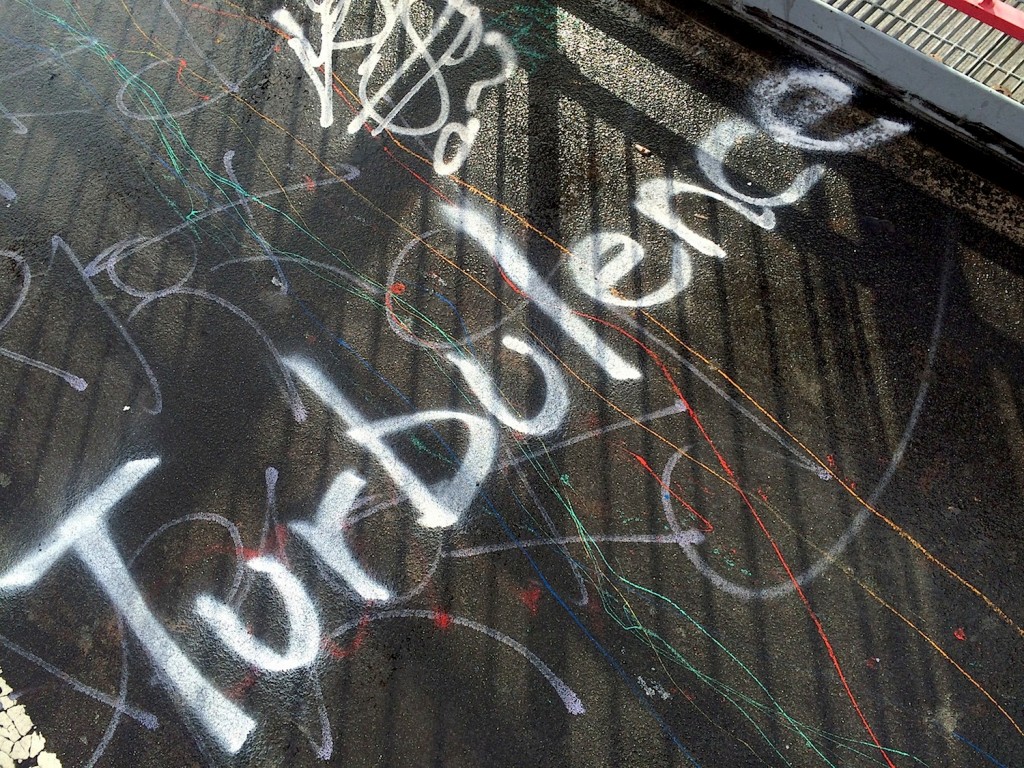 Lately, I’ve been thinking a lot about turbulence, not least because of the storm this week on Facebook. This question was already on my mind, because I’ve been reading Michael A. Singer’s extraordinary book about spiritual development, The Untethered Soul (New Harbinger, 2007). In everyday language he expounds the key beliefs and practices of Eastern Religions, including Buddhism. Few readers realize it, but I’m a practicing Buddhist and therefore many of his ideas were familiar to me. However, the way he explains how internal and external turbulence disrupt the centered awareness that allows us the possibilities of spiritual development gripped me, because it is so clear and simple. Each of is almost continuously faced with the choice of giving in to the influence of turbulence or of letting go of our egos and all the baggage they laden us down with.

This week, the first after my return to NYC, there was a lot of external turbulence as a result of something I said in an interview with a journalist from the Frankfurter Allgemeine Zeitung (FAZ), the German equivalent of the New York Times for the Sunday edition of which I have written a column since September 2001. The interview was first published in November 2015 in the print edition and nobody took any notice of four words about my daily reading habits: “Weinblogs? Um Gottes willen!” wine blogs, oh God no thanks! Then a few days ago the interview was also published in the online edition of the newspaper (for German speakers the link is below) and the shit hit the fan big time.

Some people – mostly bloggers, others merely active Facebook members – immediately assumed I was dismissing all wine blogs as rubbish, others went even further and accused me of adopting an aggressive position in The Great Print vs Internet War. Neither of these things was true. All I was saying is that there’s a bunch of boring and stupid wine blogs, just as there’s a bunch of boring and stupid stuff about all kinds of other subjects on the internet. However, that didn’t prevent certain people from demonizing me as an anti-blogger, fascistic asshole. Others jumped to my defense, and I thank them.

This controversy attracted the attention of internet journalist Patrick Meier in Frankfurt and yesterday on his site blogg.de he published an interview with me in which I clarified exactly what I’d meant by those four words in the FAZ. His questions were concise and precise, and the interview therefore fully reflects my opinions. However, it’s publication only unleashed another wave of turbulence on Facebook. This time the main accusation was that I was praising this blog and denigrating all other bloggers. Actually, I never made any claims about the quality of this blog (the postings are obviously of mixed quality) and was only trying to fairly assess and describe the quality of the reporting on wine on the Internet. I’ve been the object of controversies any number of times, so that didn’t bother me. One thing did though, and that was how several well-meaning colleagues who are very active on Facebook asked me not to post anything more on the subject. Yesterday, I felt compelled to reply with the following statement on Facebook that deserves to be repeated here in full:

Several people told me during the last days that I should shut my trap and not express the opinions I hold. There is a nasty name for this and it is SELF-CENSORSHIP and all dictatorships rely on this to function, even if they also have censors. In an open society where there are no censors self-censorship is more insidious, undermining freedom of speech in ways that are invisible or almost invisible. It is a rot that quickly spreads. There is no way that I can go along with that, and for that reason I answered all Patrick Meier’s questions.

To my own astonishment I remained calm during this latter disturbance, and put that down to the influence of The Untethered and the daily practice it prodded me into resuming after a break of some years. Lastly, I must thank German wine blogger Dirk Würtz (one of the best wine bloggers around) for pointing out to the angry people on Facebook, “es ist nur Wein!” it’s only wine! I’d call those other four words fair comment, and in this positive spirit I will drink some Rieslings today and report on them as usual.

One Response to New York Wine Diary: Day 7 – Turbulence Internal and External, or how Four Words unleashed a Facebook Storm