New York Wine Diary: Day 6 – Accusations Fly, but so does ROCK STARS OF WINE AMERICA #3: FLXtra with KJR – This is a Love Story 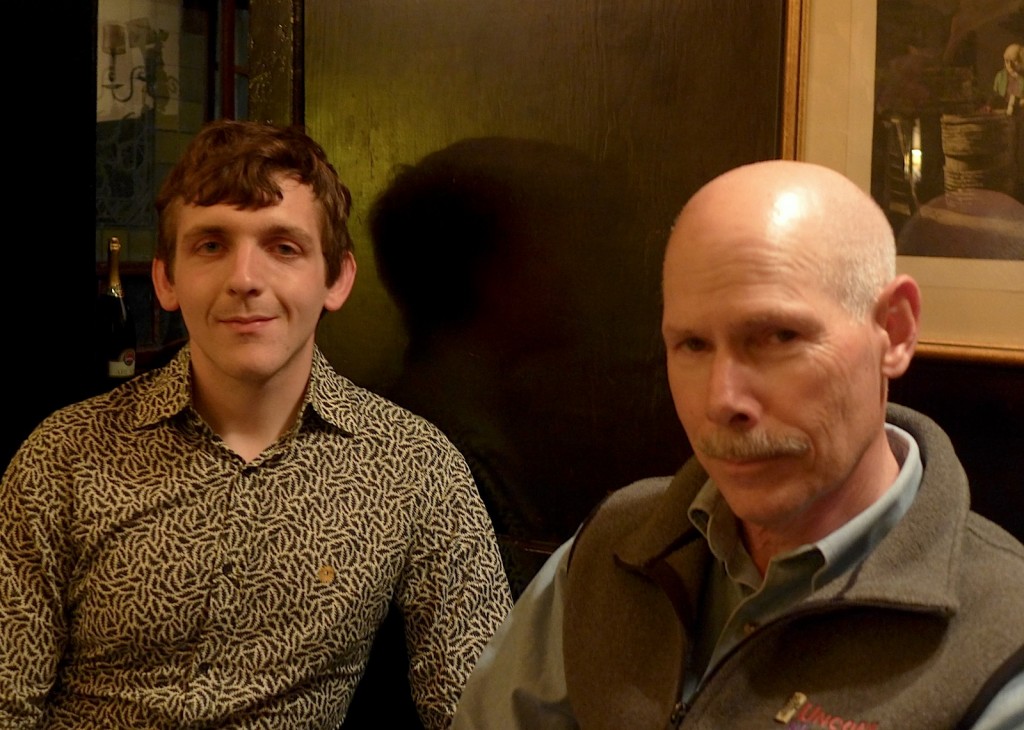 The novelist and co-inventor of The New Journalism, Tom Wolfe, famously hates understatement. He once said that the problem with understatement is that people can mistakenly think you haven’t said anything at all. Obviously, I’m on the same page as Tom about that, as my new e-book for Kindle, ROCK STARS OF WINE AMERICA #3 with KJR: FLXtra – This is a Love Story, proves. The problem with being as loud as I have and sticking your neck out as far as I’ve done, is that people realize you really said something, they more or less get what it was, and some of them want to hack your head off for having dared to write it!

A second, fractionally less rabid group of opponents, are trying to talk my book down by making gross accusations about it. Firstly, the unashamed sexual aspects of RCK STARS OF WINE AMERICA #1 and #2 have lead some people to claim that #3 is also just “wine porn”, in spite of the introduction explaining that it’s not. #3 does not carry the “PARENTAL ADVISORY: Explicit Content” sticker. If it was a movie I’d want a PG rating, because it certainly isn’t the stuff of Walt Disney cartoons. However, all I’ve really done is be honest about what life is like if you’re not in a stable and harmonious long-term relationship. The idea that the highs and lows of love would not affect the way wine tastes strikes me as absurd. Then there’s the striking parallel between my sexual love story and the story of my love for the FLX. It would have been dishonest of me to pretend otherwise. So, yes, there’s plenty of sexual tension in my new book, and I try to describe the emotional truth of love lost and love found, but there’s no graphic sex.

The next allegation is that all I did was to picked out a handful of my favorite young FLX winemakers, most notably KJR (Kelby James Russell of Red Newt Cellars, pictured above left in Berlin), and idealized them. It has been suggested to me that this lack of a critical perspective makes the book one-sided and flimsy at best. Possibly it isn’t up there with Dostoyevsky or Tom Wolfe, but I suggest there are far too many winemakers featured in the book for that particular accusation to be true. Then there are other figures like Bob Madill (pictured above right) who just don’t fit into that young winemaker mold. Bob’s not even a winemaker, but he’s been a tremendously important loose cannon in the FLX wine industry for many years. The idea that he’s somehow a safe and uncomplicated guy – he’s a Canadian outside/insider with a radically alternative perspective to other local industry figures of his age – so his presence in the book doesn’t count is ridiculous as the photo of him with his trashed old car below proves. 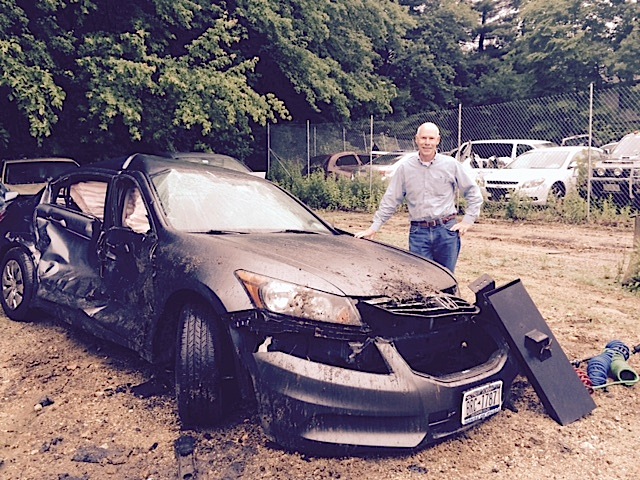 My goal was to portray as many members of the new generation of winemakers in the FLX as possible, and to do so in a way that accentuated their enormous diversity, rather than homogenizing it (a common fault of wine journalism). For that I had to get close to a bunch of the youngsters, and some of the old hands too. That required as much patience and as little ego as possible, then a razor-sharp quill – gonzo journalism! – but I couldn’t have done it if they hadn’t accepted me and taken me into their circle. If this indirectly led to some idealization, then I accept as a necessary “evil”!

I worked very hard to present each of the people featured within the network of their wine community. The wine community of the FLX, and particularly of the town of Geneva, is the real star of my book. I tried to become its medium, so that when I tell its story I did so from the inside. If there is too little critical comment – that accusation has also been made – then the reason is that I was focusing on a community of tremendously talented and positive people. I did taste some poor wines, but not from those who I portrayed. That’s the reason no wines described in any detail have been sharply criticized. It just wasn’t necessary. OK, some people want me to shit on some wines and their makers. I accept that I could go out and seek victims, but is that serious journalism?

Of course, my story has some weaknesses, but when you are describing real life it rarely gives you a story with a progression of events that has a compelling emotional logic to it that sucks the readers in and makes them sweat and shake with excitement as they turn each of those pages. I did my best to get there without falsifying anything, and I don’t think that you can tell where I took a few liberties with the chronology of events to accentuate the emotional logic. If you can let me know and I promise I won’t take that as an accusation!

2 Responses to New York Wine Diary: Day 6 – Accusations Fly, but so does ROCK STARS OF WINE AMERICA #3: FLXtra with KJR – This is a Love Story