New York Wine Diary: Day 8 – Vita Datura is the Epilogue of ROCK STARS OF WINE AMERICA #3: FLXtra with KJR – This is a Love Story

Manuscripts don’t burn and Couture never dies: both can fly! 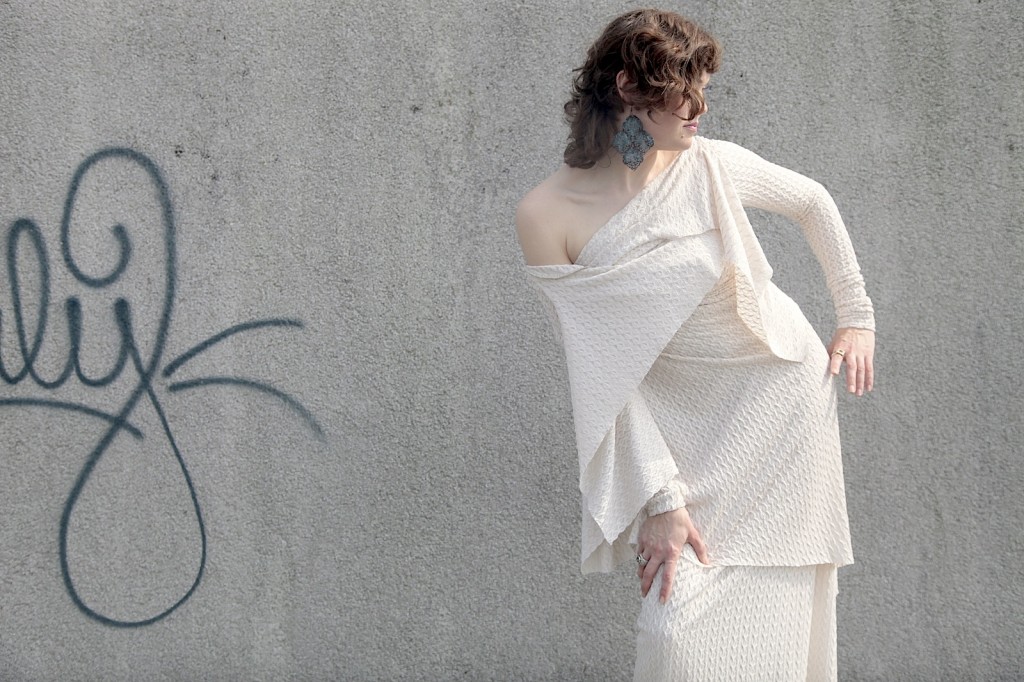 “Writing this e-book was a very special experience because the events described were still unfolding as I was working, and sometimes it felt like they were tearing me apart. I was lucky though, because then this story grabbed me by the scruff of the neck and dragged me along with it. Again and again I stumbled as I struggled to keep up with its relentless progress, but I gladly abandoned myself to its will, knowing that it was saving me from a collapse that often felt imminent. The paradoxical thing about this situation was that it poured more light into my story, rather than pushing it into some horrible dark corner. However, there are still enough shadows that I can’t imagine anyone accusing me of writing covert FLX PR.”

Those lines are from the introduction to my latest e-book ROCK STARS OF WINE AMERICA #3: FLXtra with KJR – This is a Love Story, and give a good idea of what it was like writing what some friends have rather bluntly called a “brain dump”. The truth is that my e-book tells of some of the greatest highs and lows in my entire life, and sometimes flips dramatically from one to the other. In case you haven’t read it yet, hat’s how the story starts and ends.

For most of the time I was writing the book I was deeply depressed, which definitely isn’t the ideal state for any writer to be in. The tortured artist is a tired cliché and total bullshit. I’m really thankful for the way manuscript pulled me back to it again and again, demanding my attention, because it repeatedly saved me from collapse. That’s more than I can expect from any manuscript and I’m really grateful to it for that.

For a long time I was worried that the story about me that was interwoven with my story of the new generation of FLX (Finger Lakes) winemakers was way too negative. Then I realized that love found and love lost maybe as old as hills, but this kind of story has a beauty that no other kind of story the world has come up with in the five thousand year history of writing has been able to top. So, I embraced the bitter-sweet aspect of my story completely, and from that moment it gained something which a wine story that remains firmly a wine story can never have. That’s when I added This is a Love Story to the title.

The turn that events took after that was a bit spooky. When I arrived in Berlin from Vienna on Thursday, April 7th I was still seriously depressed despite having taken that important decision. The friends who I saw during the six days I spent in my European HQ can report how down I was and how bleakly I saw my own future, both professionally and personally. It really was as if a spell had been cast over me (by myself?) during the early hours of January 1st, 2016 and however much I had twisted and turned since then I had been unable to escape its grasp. Then I had an amazing experience that might strike you as not being entirely believable.

Since the fall of 2012 I’ve seen an American cognitive therapist in Berlin called Dr. Brian Pheasant. During those three and a half years I must have seen him about thirty times, and he helped me enormously to reduce the negative effects of Obsessive Compulsive Personality Disorder (OCPD) upon me. Rather early on I told Brian that he was my witchdoctor, because I couldn’t explain how with so few words he could have such a great effect upon me, and he really liked that description. Often he’s just my confidant and good my conscience, the listener who then tells me how much better my life would be if only I could drop those negative patterns of thought and the behavior they result in. It helps that I know he’s nearly always right!

On Wednesday, April 13th Brian was all those things for me, first listening patiently to my turgid tale of woe, then lapping up my daring plans for a revolutionary new type of wine bar. Finally, as the session was nearing its end I flipped back into the negative mode in a way I find gruesome to remember. How could I paint myself and my world black like that, when I know full well that the world is always fifty thousand shades of grey?

Brian told me that I must drop this way of thinking right now, and I said how I wished I could, but none of the things I’d tried to do that had worked. “It’s like a heavy suitcase you’re lugging around with you. Kick it out!” he told me. I lamely repeated my statement that nothing had worked, but he kept hammering away at me with his demand that I kick the suitcase out as I pulled on my jacket and put my bicycle helmet on to leave.

As I cycled away down the small street in Berlin’s Prenzaluer Berg district back towards my new place in the city I sensed that something had just changed dramatically. It wasn’t that there weren’t any more shadows in me, but suddenly they weren’t pressing down on me any longer. What had happened? I still can’t explain that, except to repeat that Brian is my witchdoctor and he had just exorcised a demon.

However, this is far from being the end of the story. A couple of days earlier when my American friend in Hamburg, Rienne Martinez, had told me that I must try internet dating and I had put up the same kind of resistance to that idea as I did to Brian’s demand that I kick the suitcase out. So, immediately I got home from my appointment with Brian I signed up with the dating site Rienne had recommended, OKcupid, although I felt very silly doing so. The response was way more than I’d expected, and although all the women you sent me messages looked good and sounded interesting one of them stood out from the crowd: Vita Datura, a fashion designer who modeled her own creations on OKcupid. 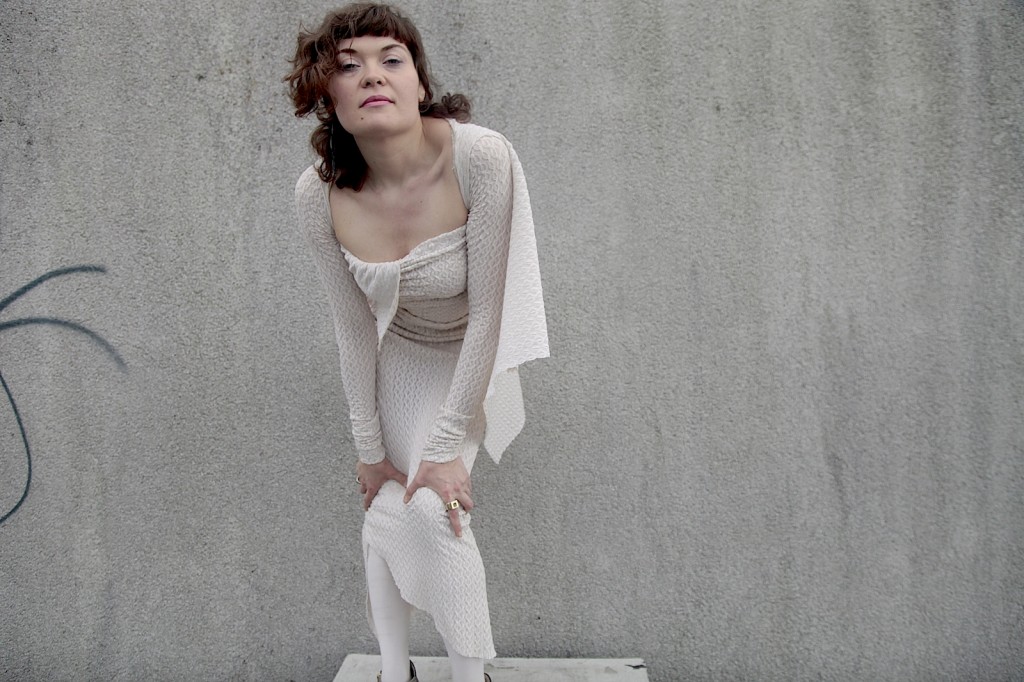 A week later we had our first date, which was more than a little crazy and probably even more confusing for her than it was for me. However, it’s not an easy process for two strong and complex personalities to find their way to each other, and with each meeting we got closer. Right from the beginning it was clear to me that she is enormously talented and will have a major international success. Here is the proof of that for anyone who has the patience to immerse themselves in the most striking new fashion I’ve seen in years:

By the time I returned to NYWC (New York Wine City) on Tuesday, May 3rd the story of love found and love lost that I was telling in ROCK STARS OF WINE AMERICA #3 had taken another dramatic twist. Either I would have to add the most recent events to the book or find another way of incorporating that twist into my story. Because I was already up to 125 manuscript pages after promising myself I would keep FLXtra down around 100, I decided simply to add a dedication, but to place it chronologically, i.e. at the end of the book.

Obviously the end of one story is the beginning of another, and this is also the nature of love. However, it’s very important as a writer or an artist not to get into the habit of thinking it’s been done before so there’s no point in repeating it, because giving to that perspective is the road to artistic nowhere. For me FLXtra was a long path from darkness to light and writing it really was cathartic – more stuff as old as the hills! – and my big hope is that this shines through in the result. My work is undoubtedly imperfect and cracked, but as Leonard Cohen sang in his song Anthem, “There is a crack in everything / That’s how the light gets in.”

One Response to New York Wine Diary: Day 8 – Vita Datura is the Epilogue of ROCK STARS OF WINE AMERICA #3: FLXtra with KJR – This is a Love Story