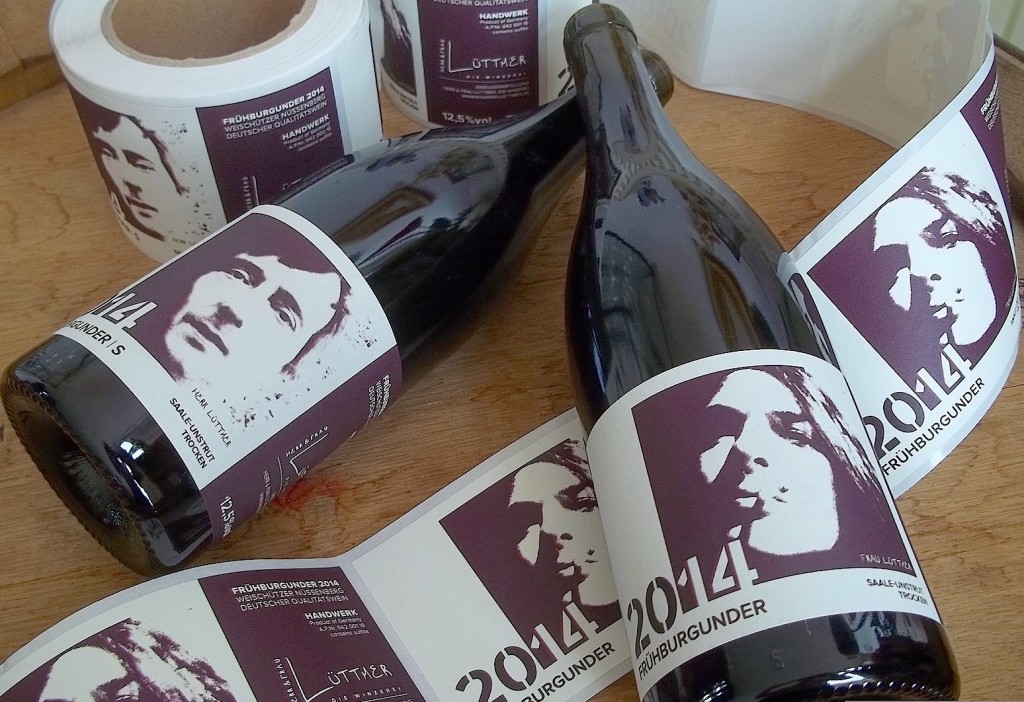 “The urb it orbs,” wrote James Joyce, and that’s oh so very true of wine, at least since the Spanish conquest of the Canary Islands in 1402 and the Portuguese discovery of Madeira in 1419. Wine growing is a thoroughly rural pursuit that during the 21st century has counterintuitively made a strong connection with cities right around the globe. Urban wineries are now nothing new, but it would be hard to find a more grittily urban winery than that hardly of Klaus and Christiane Lüttmer in the very unfancy Wedding district of Berlin. It is solidly blue collar/working class with a high proportion of immigrants, most of them Turkish. This is not what most middle class white people would consider an ideal place for their kids to grow up, although artists and other creative types long ago discovered the combination of low rents and good mass transportation infrastructure. I did that back in the spring of 1994 when I moved there for a stay of almost five years (thanks again to the developer of that building, Johannes Schwarz!) Likewise, the Winzerei Lüttmer is not trying to be cool, rather to make the best possible wine from a challenging vineyard location and to make a modest living from that undertaking.

I have a special connection to the Lüttmers and their wines because I often stay with them when I’m in Berlin. On top of that Klaus Lüttmer, a film cutter and editor for the RBB and Deutsche Welle stations in Berlin, also took those responsibilities – as time went on he took on more and more responsibilities, until he was also the producer – for my 65 minute movie Watch Your Back: The Riesling Movie (Part 1). He’s also the one who does the hard work of winemaking, while Christiane concentrates on the vineyards. There’s therefore no way that I’m claiming any regular grade family pack size journalistic objectivity with regard to either of this husband and wife team, and they wouldn’t claim to be unbiased about me either. We know each other far too well for that, but that is the whole point of Gonzo journalism: to know your subject as well as the back of your hand.

Let’s start with the facts. Winzerei Lüttmer, as they call their micro-winery, effectively began its existence with the planting of 0.5 hectare / 1.25 acres in Weischutz in the Saale-Unstrut region (in the Ex-East Germany) in the spring of 2008. The grape variety was Frühburgunder an early-ripening mutation of Spätburgunder a.k.a. Pinot Noir. A couple of years ago they planted a further 0.6 hectare / 1.5 acres half with Riesling and half with Spätburgunder in Vizenburg (in the same region). That might not sound like much, but these are steeply sloping vineyards, think Mosel Valley steep and rocky and backbreaking vineyard cultivation work. So far the barrels used to mature the Lüttmers’ Frühburgunder were all purchased used from the famous Rebholz estate in Siebeldingen/Pfalz, but a 600 liter / 158 gallon neutral cask from the top Austrian cooperage Stockinger has just been added for the 2016 vintage. 2010 was the first Fürburgunder red wine vintage and the first small crop from the new vineyard is expected this year. That makes it a seriously long-term project rather than just a hobby or a route to hippdom. 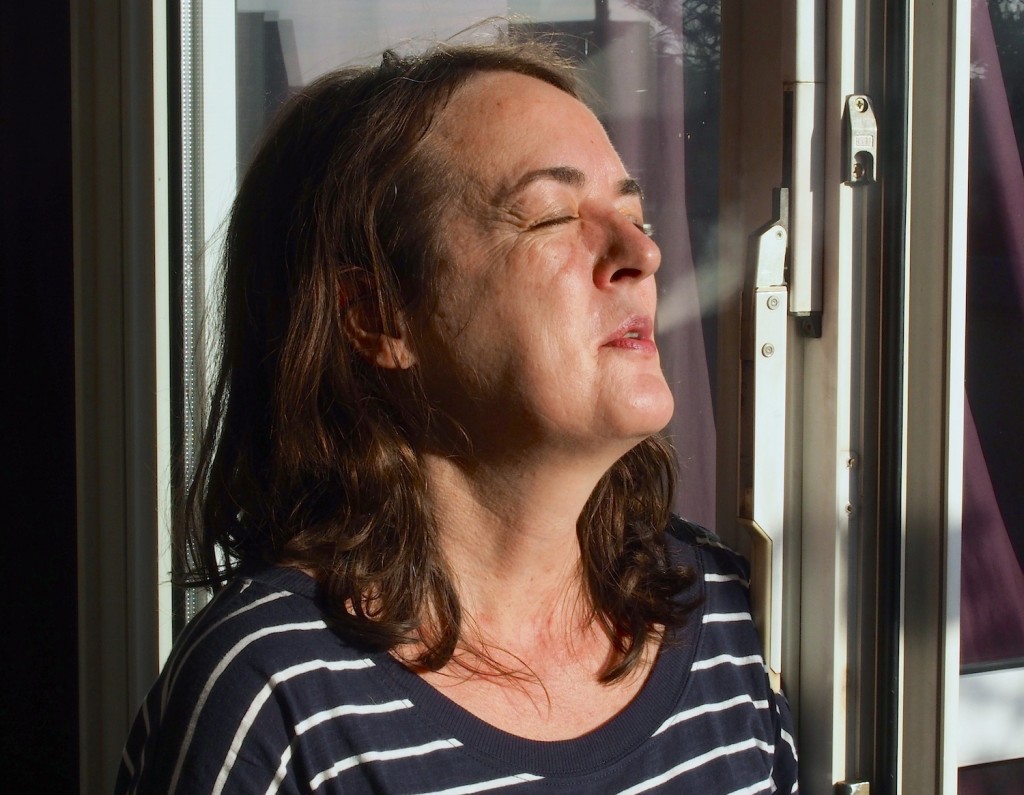 Good as the first vintages were, the 2014 wines are a watershed and by far the most exciting reds I ever tasted from the wine regions of the Ex-East Germany. After having harvested very late in 2013 to get high ripeness in spite of the poor fall weather the Lüttmers took the risky step of moving forward the date for the 2014 harvest forward with the goal of getting a wine with more freshness. The results of this seemingly small stylistic change were spectacular, as if a photograph that had been slightly fuzzy was suddenly in sharp focus and the scene it depicted therefore recognizable for the first time (there are two wines, a regular bottling and a richer reserve one called “S” for selection, bottlings, because it is a barrel selection). At first I found it hard to reconcile this super-elegant and subtle wine with the non-designer cosiness of the Lüttmers apartment that is also sometimes my eccentric home in Berlin. Maybe there is an odd connection though, because both strike me as being radically alive in a totally unpretentious manner. For that reason, and because she is depicted on one of their new labels that way, I chose a photograph of Christiane Lüttmer smoking a cigarette to give you an idea what it’s like at what I call “Château Lüttmer”. That image on the label has already seriously shocked some people in the Berlin wine scene, but as I said at the beginning none of this is a pose, rather it’s all true to their everyday life in the vineyard and at their home in Berlin. 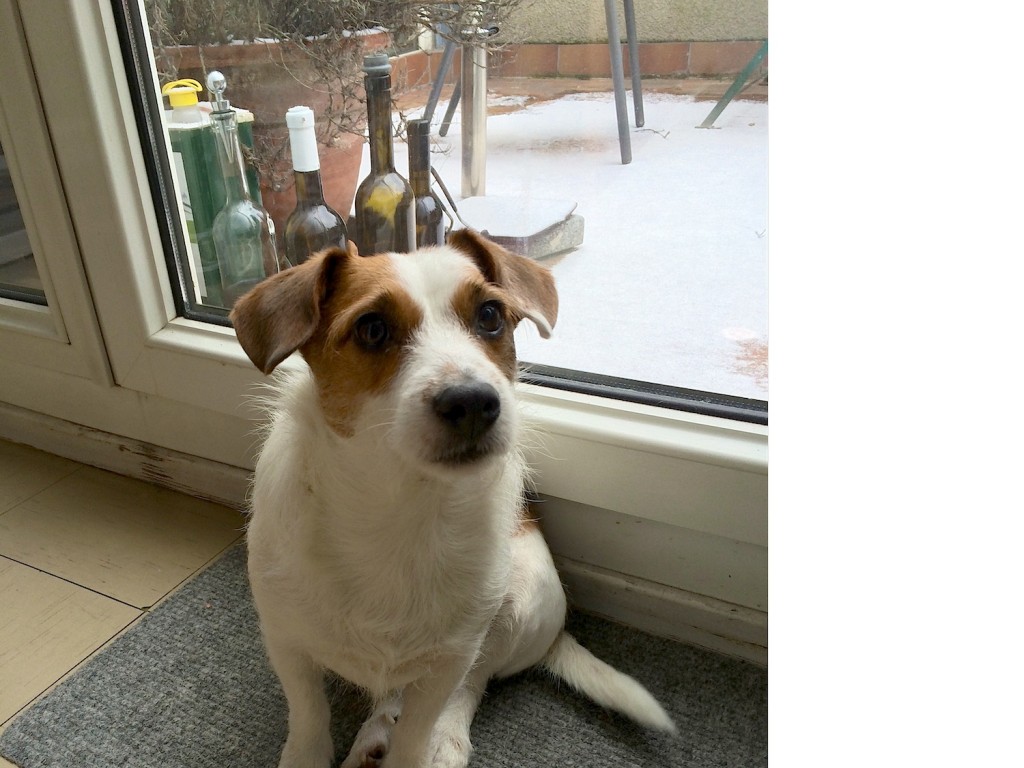 The final photo shows Fritzi, perhaps the most important member of the Lüttmer pack and the source of much of the emotional glue that holds this most unusual trio, or perhaps I should say quartet, because I’m now a part-time member of the pack! By the way, although I know Château Lüttmer like the back of my hand I have to admit that I’ve never seen the vineyards except in photos (of precision hand-cultivated rows of vines resembling the best manicured vineyards in Burgundy). Fritzi is rather upset about that and if I don’t solve that problem soon I think he’ll give me the cold shoulder in the future!

The Lüttmer wines are still quite difficult to get, but that will change fast as the 2014s make their way into the market. That word also refers to NYWC (New York Wine City) where Vom Boden (Stephen Bitterolf) is the importer, and they are about to arrive. Be prepared to be amazed!