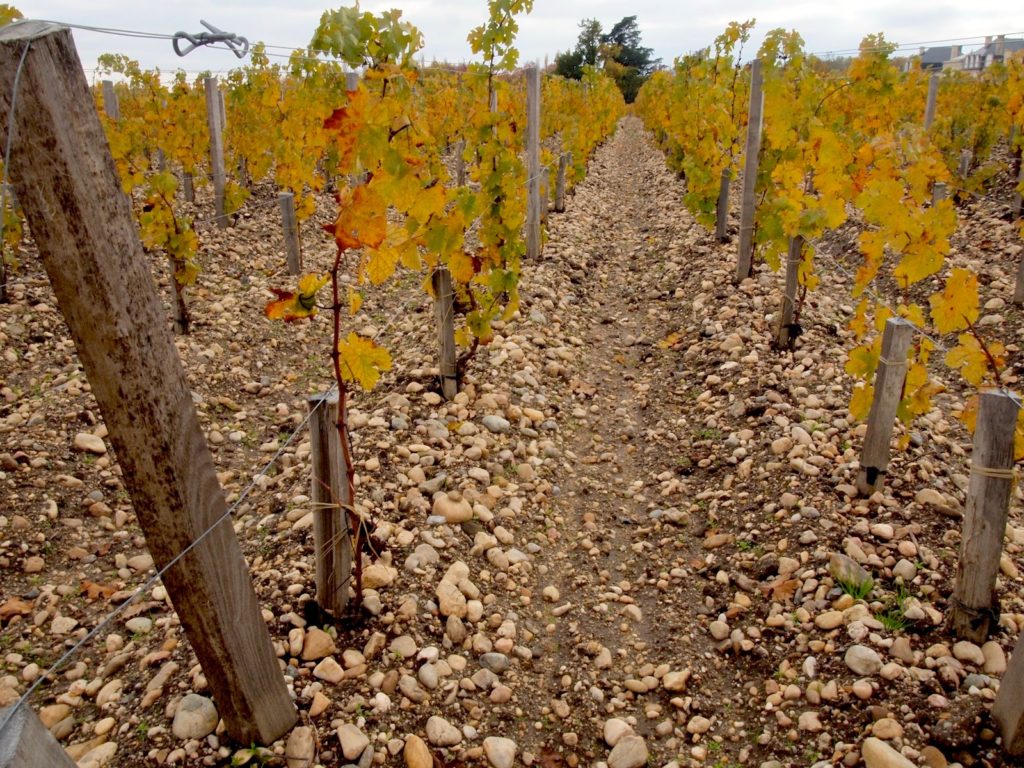 I’m sitting in an office that looks like countless other offices in rural France – cream colored walls, filling cabinets and desks, a framed map of the company property on the wall – but I’m not just anywhere in rural France, I’m in Bordeaux (BDX), and I’m not anywhere in BDX either. The commune of St.Julien at Château Léoville Barton, one of the elite Grand Cru Classé properties in the Médoc; fame and fortune! I just finished a two-hour tasting of only six wines, Château Léoville Barton of the vintages from 2010 through 2015. What made that tasting absurdly time consuming? Why didn’t I just suck up all that good juice down, then wallow in it, instead of hunkering down and hammering away on my ageing MacBook Air in a corner of this office?

The simple answer is that shortly after I arrived in BDX I resolved I would treat the region and its wines as a blank page. That was at the breakfast early on Monday morning at Château Mauvesin Barton in the AOC of Moulis where I have been staying since Sunday evening. In fact, that isn’t anything else than my regular determination to treat each glass of wine I encounter as just that: another glass of wine that either tastes good or doesn’t. I was once told told by a rather important colleague that this is “empiricism”, a term thrown out with a pejorative tone, as if to say, “OK, young man, you might have a bunch of experience and be reasonably intelligent, but I can’t take you seriously!” For me empiricism means nothing but acknowledging how I experience the world – my truth – also that part of it in the wine glass – my truth in wine.

It felt good to make that resolution and I was quietly confident that I wouldn’t find it difficult to keep, because it isn’t difficult for me to do so on a regular basis in Berlin or New York. However, as soon as I started tasting I found it was much more of a struggle here in BDX. The problem is all the baggage in my head. Lugging that around is real hard work. In my case, this is the residue of all the great BDX red wines I drank during the last 35 years on the positive side, and various negative experiences I had in this region and with its wines, on the other side. At almost every moment I felt torn more in one direction or the other, and it was a real challenge to simply merely calm.

There will be more about both those things in the first of my forthcoming series of stories for the Grape Collective website about BDX, but in the meantime let’s continue along this diversion I’ve taken. Watch that space soon!

There’s also plenty of baggage just lying around this place, for example, the famous classification of the wine châteaux of 1855. The proposals various colleagues of mine made for a new classification or for an updating of the existing would only perpetuate the hierarchical structure that pervades the BDX wine industry. Undoubtedly, there are places in the region where it is much easier to make a great wine than others, because some vineyard locations make a sensational grape quality possible that can’t be obtained elsewhere, however well you tend the vines. However, the hierarchy of the 1855 and other classifications of the wines have nothing to do with nature and everything to do with the traditional nature of BDX and French society, in spite of the French Revolutionary principle of Égalité. Although the rigidity of that society has been significantly loosened in recent years you still bump into it. If I look at the way my colleagues are judging these wines, then I have to say most of them are following it some degree. 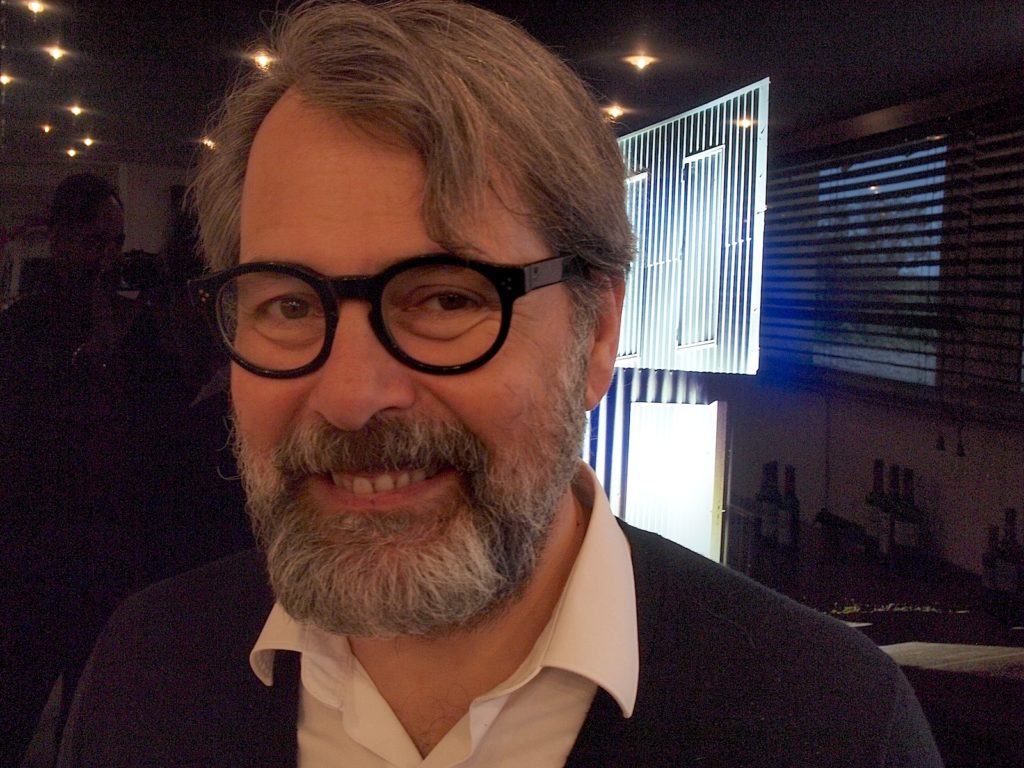 Given all that it was appropriate that the best discovery I made during this trip was Château Brans Grand Poujeaux in the AOC of Moulis en Médoc. It’s not even a Cru Bourgeois, the lowest rung of the hierarchy of wine estates here, but the wines are rich and subtle. Moulis has a history of bucking the system and to good effect. One of the first exciting young red BDX wines I tasted was the 1978 Château Chasse Spleen, also an unclassified wine estate in Moulis. While exploring Moulis yesterday it was striking how the wines of Chasse Spleen have maintained an astonishing stylistic consistency since then, always being sleek, fresh and dry and the quality slowly inched up too thanks to the work of director Jean-Pierre Foubet (pictured above) and his team. Around the corner at Château Poujeaux quality is also and the wines have a completely different style again, one that’s suave and elegant. With the 2011 vintage Château Mauvesin Barton became the fourth top producer in this AOC. Even the best recent vintage of all these wines can be found for under Euro 30 a bottle, or a slightly higher number if you’re paying in US$. See www.wine-searcher.com.

Another piece of baggage lying around is the global prejudice that BDX reds are expensive wines, but that turns out only to apply to about 3% of the production of this region: the famous and classified growths. However, even there the differences are huge. 2015 is an excellent vintage here (and most of the better wines will be bottled in a few months time) and the Léoville Barton I just tasted has a combination of ripe black fruit aromas, concentrated dry tannin and fresh acidity that creates an elegant and ravishing whole. You can buy it on futures for a little over Euro 60, and although that’s not cheap it’s certainly not wildly expensive.

Let’s put that in the crazy local context though. The rather lusher and slightly softer, more immediately appealing 2015 from neighboring Château Léoville Poyferré is also a very impressive wine in a more “modern” style for perhaps Euro 5 more per bottle. That seems like consistent pricing until you turn to the other Léoville in St. Julien: Château Léoville las Cases. It’s 2015 sells for about Euro 100 more than that per bottle. Unfortunately, I can’t tell you about that vintage, because the Château wouldn’t give me an appointment although I have only written positive things about their wines. That’s not the point here though. In BDX pricing is all about the classification (all three Léovilles are 2eme Grand Cru Classé) and reputation – Léoville las Cases has the highest of the trio. The Médoc Château with the best combination of classification – 1er Grand Cru Classé – and reputation is Lafite Rothschild in the commune of Pauillac immediately to the north of St. Julien. For a bottle of the 2015 vintage of that wine you’ll have to pay another Euro 300 more than the Léoville las Cases of the 2015 vintage. These situations only apply to the top 0.3% of Bordeaux wines though. As Abba famously sung, “Money, money money / Must be funny / In the rich man’s world.”

An old saying says that the higher you climb the further you can fall, and this is very true of this kind of wines. The effect on me of those highs (in wine prices) and those falls (when the taste doesn’t measure up to expectations) multiplied over 35 years are what I’ve been struggling with. The struggle has been well worth while though, and I managed enough calm to gather a lot of new impressions and get a lot of new ideas. However, time is running out to write the first of my BDX stories for Grape Collective…see you there soon.