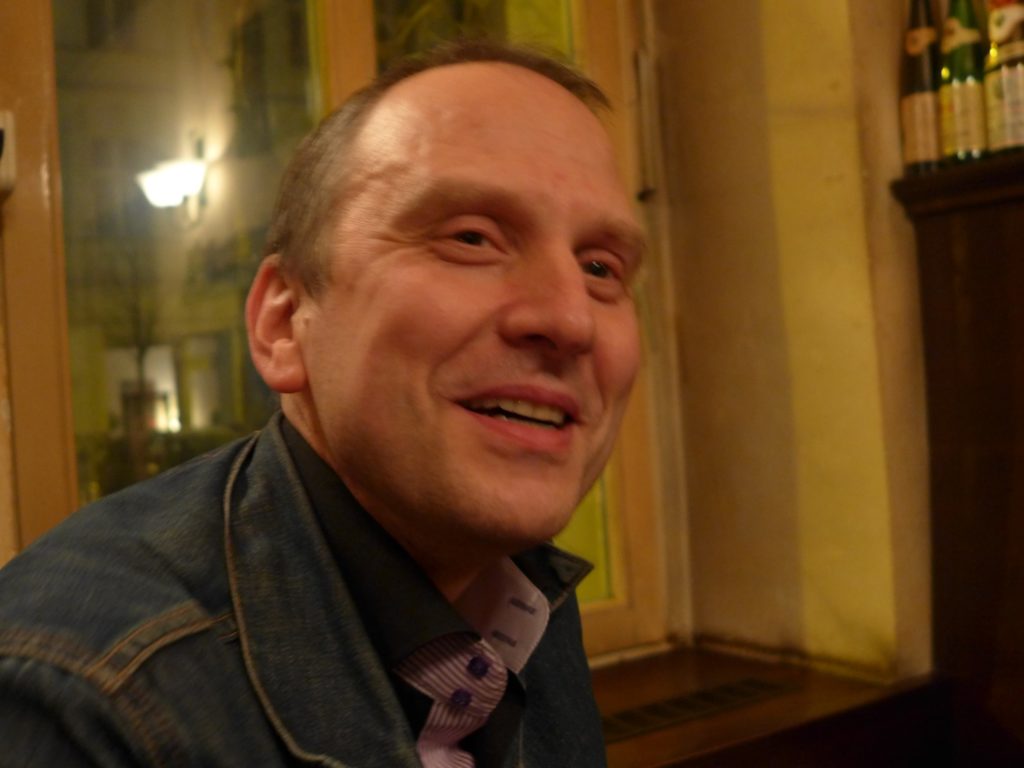 I have to tell you about a friend of mine who just died that was one of the most wonderful people I ever knew. Nobody I’ve encountered was more generous, open and supportive than Roy Metzdorf. From the fall of 1993 until his sudden death yesterday he ran the Weinstein wine bar in the Prenzlauer Berg district of Berlin, Germany where I took the above photograph on February 20th, 2013. Roy did so much for me there’s no way I can list even the most important things in a couple of paragraphs, never mind explain what that all really means. Roy was a total original and, in no particular order, a remarkable Berliner, East German, Riesling guy, explorer of the big wide world of wine and food, and a thinker who continually stunned me with his penetrating observations. I’m glad that I was able to give some things back to Roy, for example, by introducing him to America beginning in Califronia in 2003. After his first couple of weeks there he only half-jokingly declared that he would become an illegal Mexican immigrant in order to say! I would need to tell a lot more stories like this for those of you who didn’t know Roy to grasp what he was really like. It’s only a metaphor and probably a very bad one, but it feels as if the most beautiful vase in the world has just been smashed. RIP Roy! NAMU AMIDA BUTSU