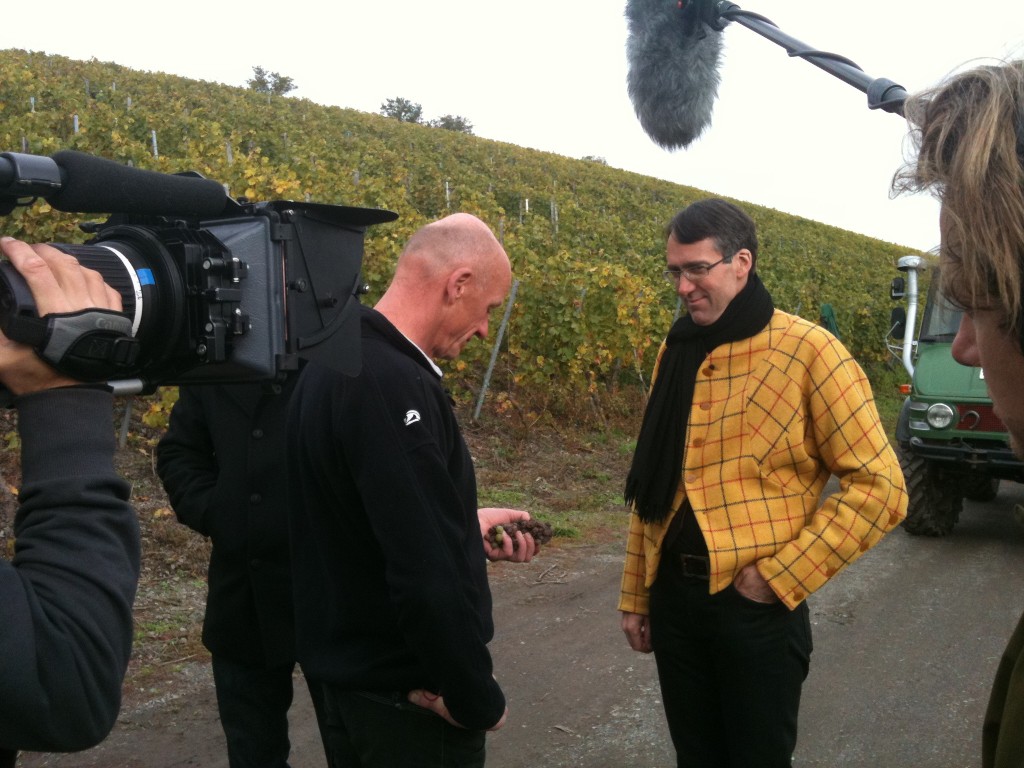 First of all a Big Thank You to everyone who watched WEINWUNDER DEUTSCHLAND on BR3 over the holiday period and particularly to those who emailed me or otherwise took the trouble to send your best wishes, express your excitement about the series or make constructive criticism +++ It’s already the end, but only just the beginning ! +++ The sixth and final episode of the first series went out on 16:30 Central European Time Thursday, 6nd January, but you can still catch it at www.br-online.de +++ This is surely only the first of many times it will be shown on German television and in only a few weeks I’ll be sitting down with Alexander Saran, my co-author and the director of the series, to begin writing the second series of six shows +++ Maybe you’ll see us whilst we’re on location between May and October +++ You can easily spot us in the vineyards, where we look like the above photograph by camera assistant Florian Bschorr which shows us with Egon Müller during work on the last show of the first series +++ You could also bump into us in a DB train where I’ll no doubt be practicing my still scrappy German grammar +++ Anyone who can’t wait for the second series to make it onto the TV screen in about a year should consult my book WEINWUNDER DEUTSCHLAND in Tre Torri Verlag (see www.tretorri.de) where you can find out a good deal about what will be in the next six shows +++ It’s entirely possible that one or more of the strongest figures from the first series, like Thomas Hertlein from Restaurant Blaue Donau in Munich-Schwabing (www.die-blaue-donau.de) in the photo below taken by cameraman Sorin Dragoi, will make another appearance +++ 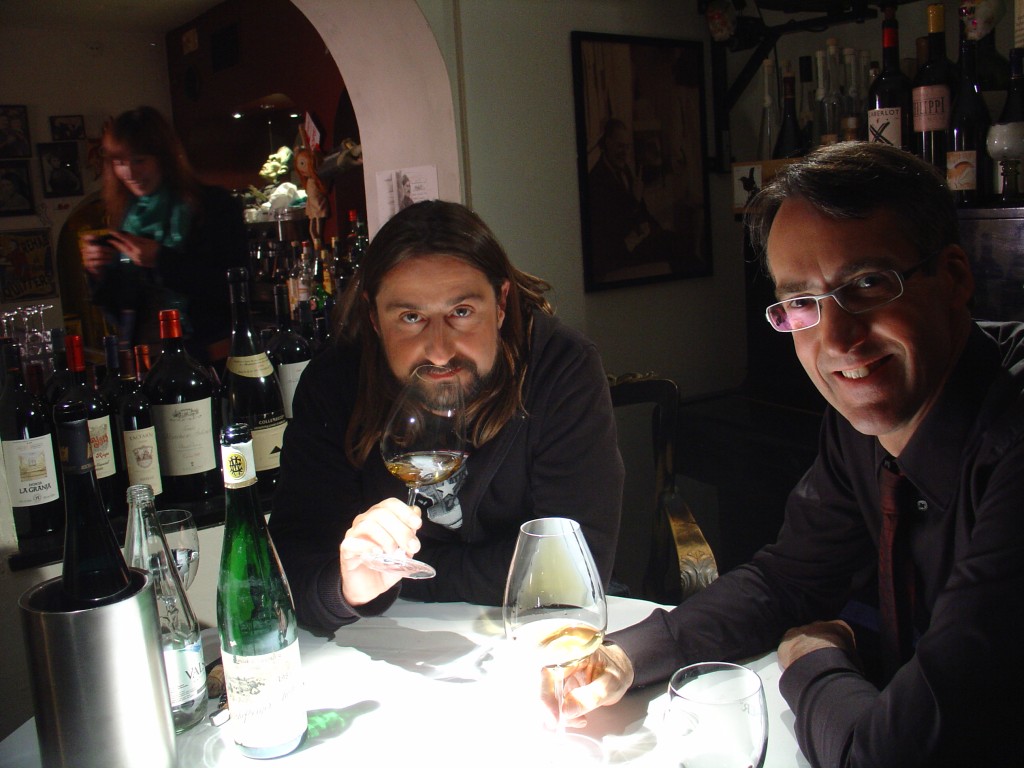 I will certainly also have some unexpected guests and I’ve got a few serious surprises up my sleeve for the viewers, however the most important thing will remain the same: taking wine seriously, but having as much fun as possible whilst doing so ! +++ Thank you to Thomas Gruber, Petra Felber, Herbert Stiglmaier and Anna Martin at BR, Ernst Geyer of Moviepool and all the people at Megaherz (our producers), plus the WEINWUNDER DEUTSCHLAND team (don’t worry sound man Peter Wuchterl, I haven’t forgotten you !) and all the winegrowers who put up with us turning their homes and workplaces upside-down for believing in that simple, but mould-shattering formula.