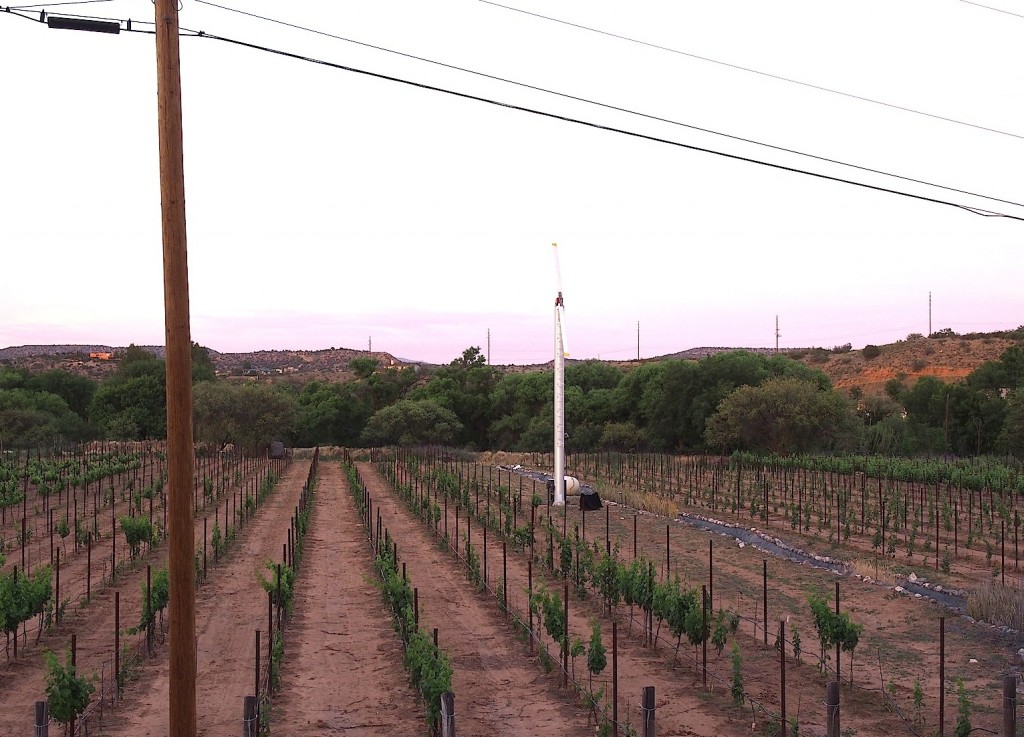 No direction but a faith in her decision,

No direction but to never fight her flow,

No direction but to trust the final destination.

You’re a stranger ‘til she whispers you can stay.

You’re a stranger ‘til she whispers your journey’s over.

Weigh your worth before her majesty the Verde River.

From The Green Valley by Puscifer

I never suffer from that vile disease called writer’s block, and I therefore never sit in front of a piece of virtual or real paper blinded by its whiteness and haunted by my own emptiness. However, I do have occasional crises when I just can’t figure out how to make sense of all the material I’ve gathered during a major piece of research. That’s always a problem of fullness, of feeling that what I now know is so rich that there are a dozen, or even dozens of ways in which the story could be told. Then, I feel too feeble-minded to recognize the right direction my storytelling should take. Paralysis results, and that’s the state I was in yesterday evening sitting alone in front of my computer in this airstream trailer parked at Maynard James Keenan’s Merkin South vineyard in the Verde Valley of Northern Arizona. 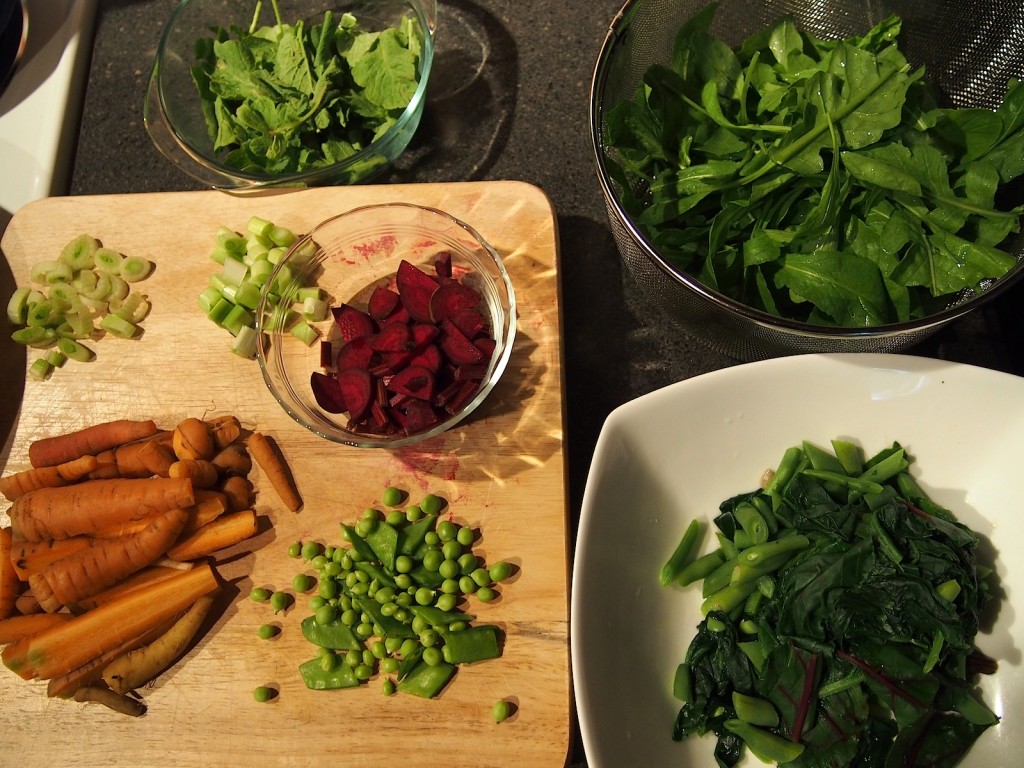 I decided to give in and admit that I didn’t know which way to answer the two tightly intertwined questions I posed in the first of these blog postings. So, I switched off the computer, closed the analog notebooks, then removed some of the agricultural riches of this green valley from the fridge, and cooked them instead of stewing in my paralysis. And, because the fridge was full of half full bottles of wines from singer-winemaker Keenan’s Caduceus Cellars & Merkin Vineyards I pulled them out and “tasted” them again. By that I mean that as I blanched green beans and spinach, sautéed carrots and beetroot I  drank at least sip, and sometimes as much as a small, of each. Several of the young wines I’d tasted with Keenan during the lass days tasted much better than when I’d first tried them, most notably the 2013 Marzo red (Sangiovese and Cabernet Sauvignon) and 2013 Marzo rosé, both of which were way more elegant than when those bottles were freshly opened, and the 2013 Agostina red (Mourvèdre) that had a great herbal freshness. That had surely comes from this cool site – it grows right next to the airstream down here in the valley bottom.

While I was doing that I went back in my mind over the intense conversation with Keenan I had yesterday afternoon at the tasting room of the Four Eight Wineworks (a cooperative winemaking facility where a handful of winemakers in orbit around the Singer-Winemaker make their wines) in the Old Town of Clarkdale. I can understand that the Singer-Winemaker is sparing with personal stuff when I’ve got my black notebook open on the table and I’m scribbling in it like crazy. That sight might be intimidating if you’ve had so-called journalists treat things you told them, including that detail called the truth, like an elastic band that can be pulled and twisted this way or that at will. 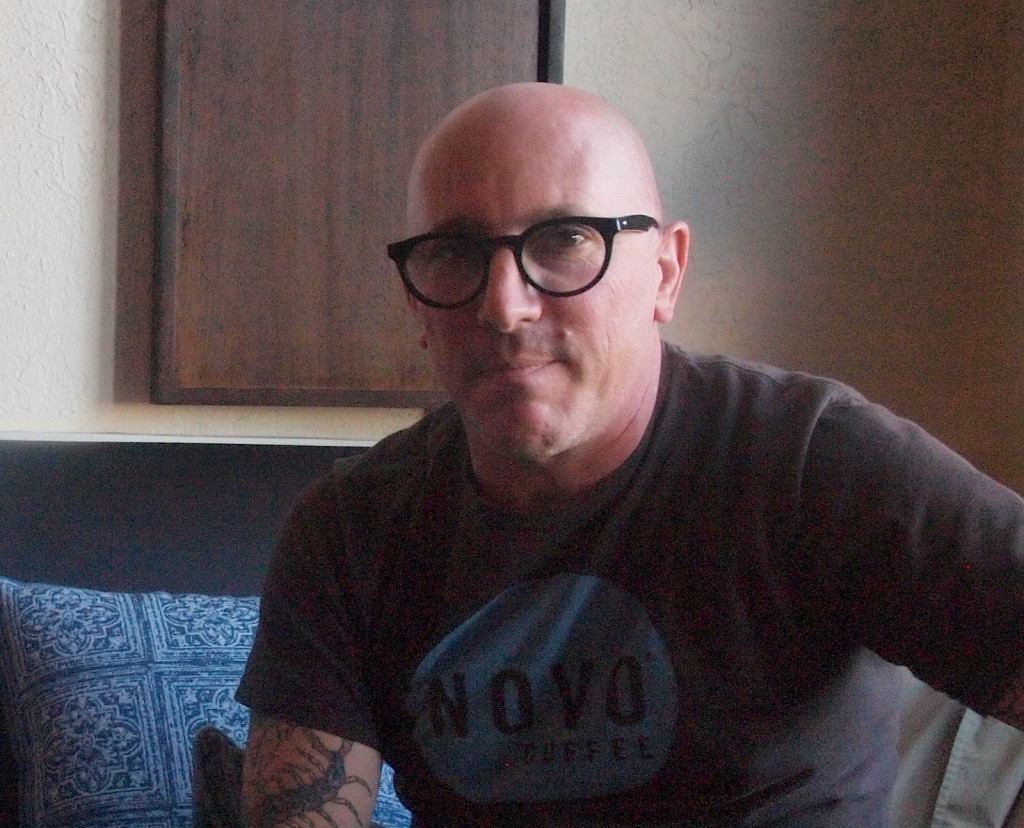 What he told me about growing up in small town Michigan and his later experiences in the sprawling Moloch of LA before coming out here to the colorfully alternative wilderness of Northern Arizona and his life here was low on directly expressed strong emotion, but in spite of that, paradoxically, the material piled up until I felt overwhelmed by it as if I was standing in front of the edifice of a great Gothic cathedral for the first time. And the emotions were there, like shadows cast by the sculptures decorating that elaborate edifice.

On the drive back to Merkin South Keenan’s vineyard manager Chris Thurner and I talked about his complex boss, and that piled the stack of impressions even higher. “You know at the beginning of each year he hands me a schedule that tells me where he’ll be each day of the year, in case I have to contact him,” Thurner said, deeply impressed by this herculean labor of planning.

Although Keenan and I had talked about music, that was all about the process of writing – as different as our writings are, we have much in common there – not what the life of a rock star is like. “And he has this complete other existence as part of Tool, A Perfect Circle and Puscifer!” I threw out at Thurner.

“Yes, its amazing how he balances the two things, but during the harvest he’s totally here the entire time,” he replied, “I remember one night I arrived at the Jerome winery with a refridgerated truck full of grapes from the South at 1am and he jumped to the job of crushing them. At something like 2am he was busy cleaning the bins the grapes had come in with a high-pressure water cleaner.”

When I woke this morning the seriously dazed and confused feeling of yesterday evening was thankfully gone. I felt calm and steady as I went out for a run shortly before 8am and it was cooler than the previous days. As I wound my way through the valley catching glimpses of the wide Verde River below me I remembered some lines of the Puscifer song The Green Valley. Little by little, the conviction grew in me that I have no choice but to follow what I know even if it sometimes overwhelms me; no choice but to accept the flow of this story whichever way it turns; no choice but to trust in the final destination whatever it is. Because, only then will there be a chance that at some point I might cease to be a stranger in this strange land. Your majesty, I am Gonzo, and I am yours.

There are two versions of Puscifer’s The Green Valley