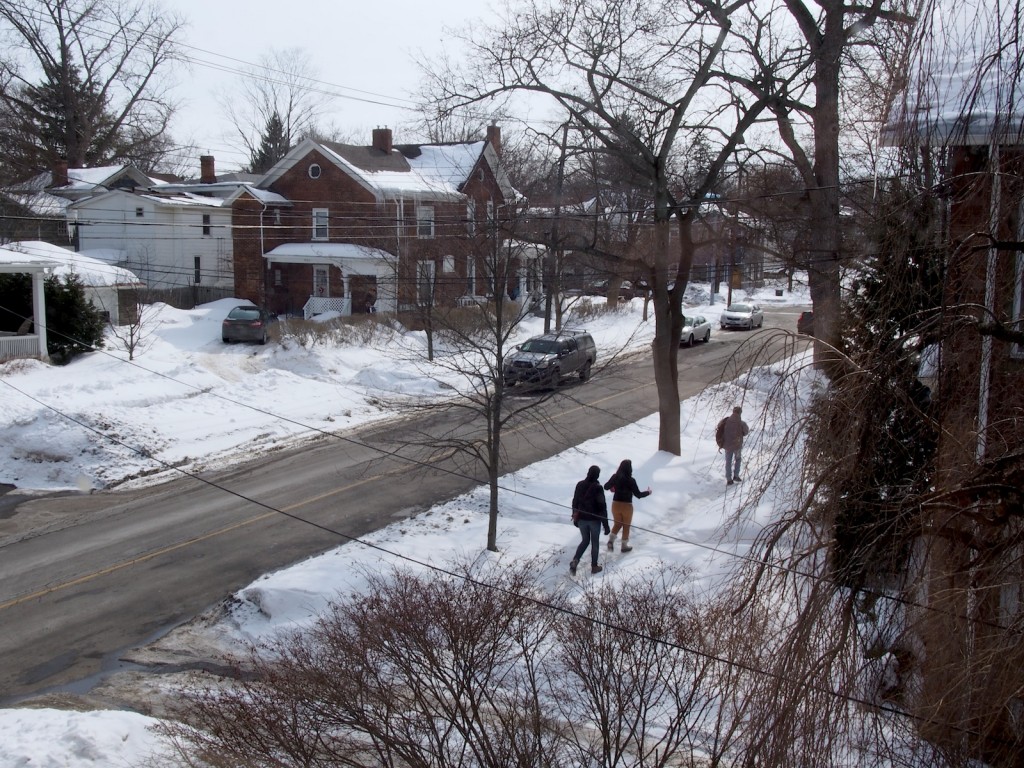 This is how the view out of the window of the room in Geneva, FLX (Finger Lakes) I am staying in looked just over three months ago the last time I was here. In that short time this wine region has flipped from deepest winter to the beginning of high summer. See the photograph below taken just a few minutes ago for comparison.

The change of season and the location has greatly stimulated my mind and I have scribbled many short notes to myself that seem to contain a wealth of possibilities. The subject of possibility and impossibility was already on my mind after last week the social media were full of discussion as to whether a woman’s portrait should appear on the new $10 bill, and if so who it should be. On Twitter I suggested Emily Dickinson, because she was, “a great poet and a better person than Andrew Jackson on $20 bill!” Actually, I feel that for ignoring the Supreme Court’s ruling in favor of the Cherokee native Americans Jackson should come off the $20 bill (as important a change as taking down the Confederate battle flag in Charleston, SC) and Emily Dickinson should replace him! Possibly, that idea will get me into more trouble, but so be it, for this is my sincere belief.

Writing that tweet set my mind on a track of which I reach the end (so far as I can tell now) with this posting. My favorite Emily Dickinson poem is I dwell in Possibility – (466), and it inspired the following commentary I’m calling My Prose. My prose is often full of positive energy that might lead to me and/or you to new possibilities, and it sometimes joyfully celebrates those possibilities, but it never does either of those things innocently. Rather, this energy and joy are always hard won, because they must be discovered in these troubled and troubling times.

When I look back to the 1990s I see  ten years (1991 – 2001) when many people were naively optimistic, particularly about what the internet and other new technology would do for the world, but there was also much genuine optimism as a result of the end of the Cold War. With the current partial return of the Cold War, plus the terrible hot wars in Syria, the Ukraine, Yemen, etc, and the very real possibility of much more terrible wars that optimism is necessarily in short supply.  Wikileaks and the still unfolding Snowden revelations and the evil they have exposed in many countries around the world, don’t make me feel confident that some kind of old-fashioned optimism can be regained. I have, of course, only mentioned the bad things that immediately came to my mind, but as the news from Charleston, SC during the last days reminded us all, a megaton of other shit that’s going down right around us. 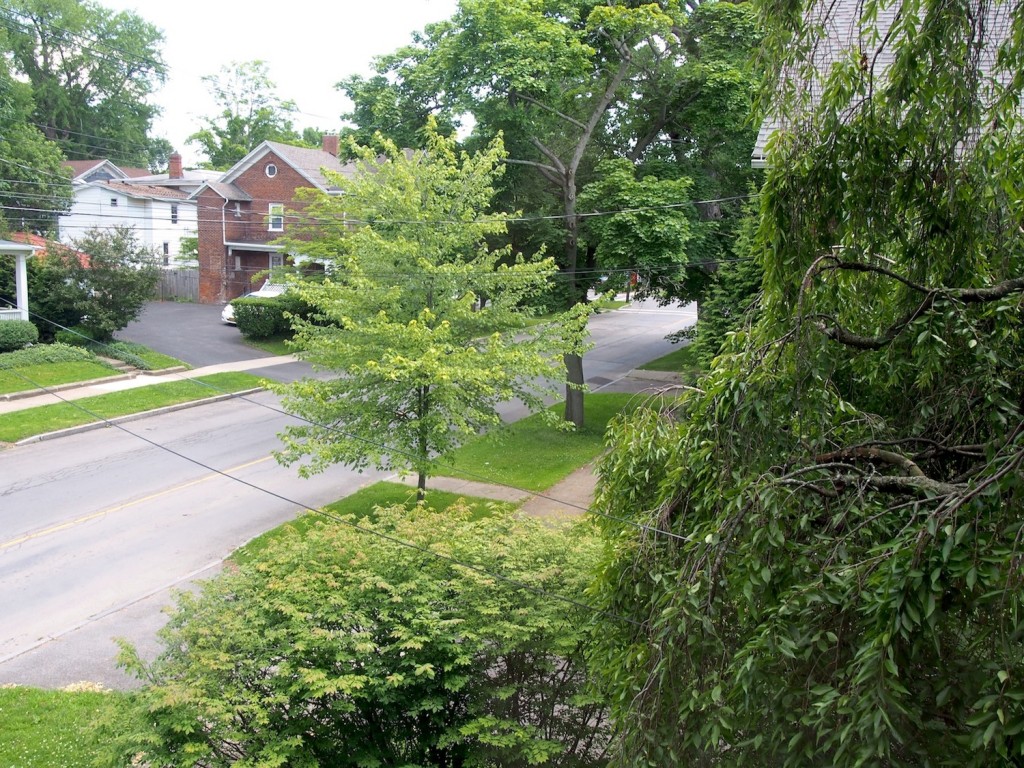 This is the background to my work, to which must be added the obstacle course I encounter in that work itself, meaning the smoke and mirrors of the wine industry, particularly where prices and margins are both high (one almost always goes hand in hand with the other). Hence the dark tone of My Prose and the cautiously positive note on which it ends:

I dwell in Almost Impossibility –

A far harsher Place than Poetry –

More numerous of Flight and Other Connections-

But superior also for Strife and Disputes –

Of Chambers as the Densest Scrub –

And for a distant Horizon

The Scant Knowledge on the Internet –

Of Visitors – the most daring Colleagues –

For Occupation – This long hard Struggle –

To spread wide my narrow Hands –

To gather the Elusive Truth –

Only after I wrote the above lines did I notice the flag of Harvard University in Cambridge, MA hanging outside the house (my host Kelby Russell is a graduate of Harvard) and on it the motto VE-RI-TAS; truth. That made this “little game” I have played with Emily Dickinson’s astonishing original seem all the more appropriate. 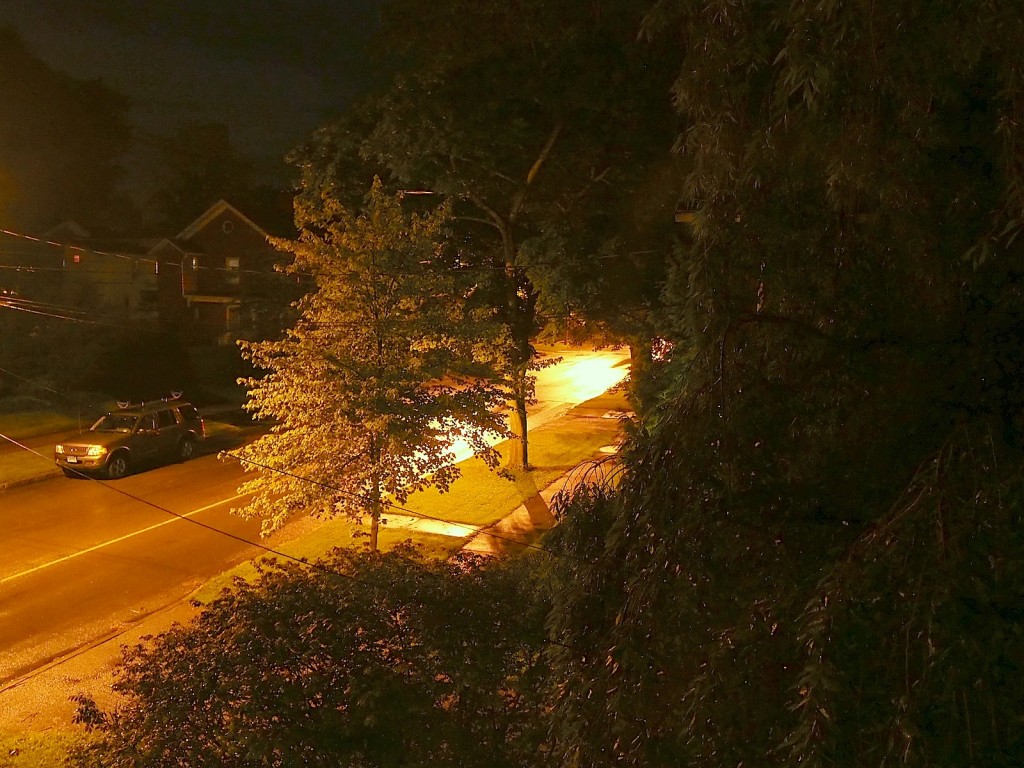 Tomorrow’s edition of FLXtra will return to the theme of what makes this region special, both on the natural and human levels, and in particular how those factors make it special for Riesling.

2 Responses to FLXtra: SECOND EDITION! I dwell in Almost Impossibility –