New York Wine Diary: Day 5 – The Sea Change in the FLX and the Vineyards Behind It

Harlan Fulkerson, “the man, the myth, the legend!” 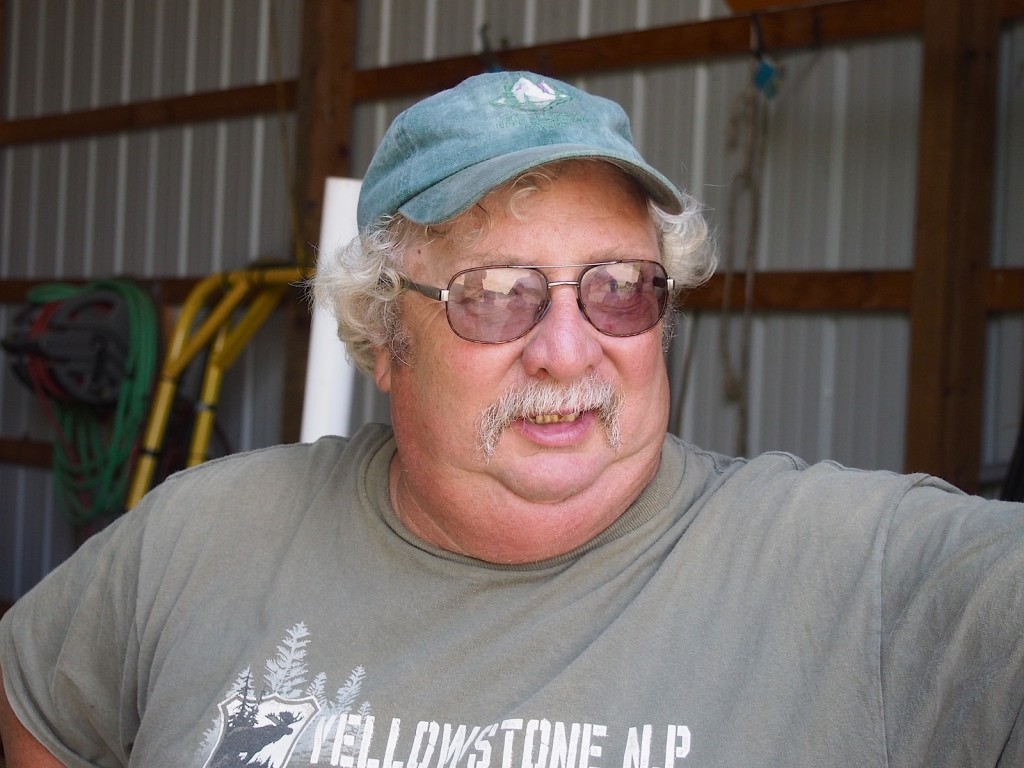 Why write yet another blog posting about developments in the FLX (Finger Lakes in Upstate New York) wine industry, and why begin with this photograph? Both are the result of reactions to my previous posting (scroll down to the bottom of this story to find it). You see, some people in the FLX reject my view that the top 2015 Rieslings from the region are great wines, instead considering them “atypical” and therefore inferior to the wines from “normal” vintages. Of course, they’re entitled to their opinion, but I’ve been to this place before and saw what happened.

This situation reminds me strongly of the reception that the 2003 vintage German Rieslings received both at home and abroad.  They too, were rejected as atypical because they were rich, ripe wines, many with a considerable amount of power, but only moderate acidity. It was often said that they couldn’t age although they closely resembled the 1959 vintage, the best wines of which have aged magnificently. And sure enough the best 2003 German Rieslings are aging very gracefully. Of course, if you desperately wanted light, sleek, crisp wines, then the great majority of German 2003 Rieslings didn’t fit the bill, and either the 2002s or 2004s were far more likely to please. However, the whole point of Riesling is the extremely wide spectrum of wine types and styles that this remarkable grape makes possible. Anyone who insists on Riesling wines conforming to one narrow taste profile is rejecting that diversity, but even supposedly sophisticated wine professionals who praise that ability of Riesling to be versatile do this!

Back to the FLX though. 2015, like 2014 before it, was a vintage that can’t be described in just a few words, not least because it has two distinct sides: success and failure with rather few wines in the middle between them. In spite of the differences between the two growing seasons, in both cases success was all about excellent viticultural practices that prevented rot gaining an early foothold on the grapes. When that enabled they could  hang on the vines ripening further well into October, and in 2014 sometimes into November. For reasons that probably relate to the small size of the crop, the ripeness in 2015 was even higher than in 2014, the aromas of the best wines often heading in the exotic fruit direction, rather than the peachy and citrusy directions that dominated in 2014. Exotic fruit aromas in young FLX dry Rieslings is something many people in the industry aren’t familiar with, although, for example, some of the 2001s showed this kind of character. 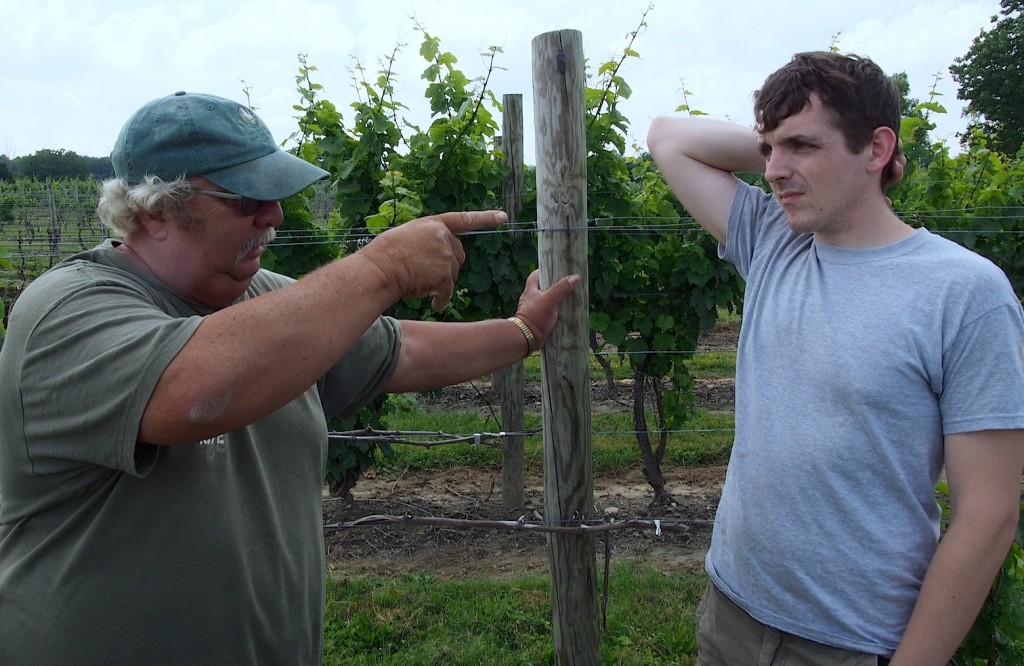 The two things which have changed since then, since I first visited the region in October 2004, are the winemaking and the viticulture. The former has been written about at considerable length (though often inadequately), but the role of the latter in the sea change that’s occurred in the FLX is rarely more than mentioned in passing. However, it is cleaerly the more crucial factor responsible for the leap in quality at many producers.  That’s the reason I put a photo of leading grape grower Harlan Fulkerson of Lahoma Vineyard on the west bank of Seneca Lake at the top of this post, and another picture of him with Kelby Russell (right), the winemaker of Red Newt Cellars on the opposite bank of the lake.

Harlan has just shy of 100 acres of vineyards of which almost 40% is planted with vinifera grape varieties, of which the most important is Riesling. He was encouraged to plant this grape by Dave Whiting, the owner of Red Newt, and the first vines went into the ground in 2007 (internally referred to as the “7er block”). Harlan, or The Big H as he is often referred to, is a larger than life personality who combines great determination to perfect grape growing in the FLX with a wicked sense of humor. For example, the last time I visited Lahoma Harlan said that 2016 was, “the driest goddamn year I ever saw. The corn is so short a racoon has to bend down to pick it!” A typical Harlanism! More important for the subject of this posting though was the impeccable state of the vineyards when I saw them last week. There was no sign whatsoever of the powdery mildew I saw in some other vineyards, and the balance of canopy to fruit at Lahoma was just about ideal.

Nobody can quite figure out how Kelby and Harlan make such a great team, maybe it’s because their both unconventional perfectionists. Two of the most important new Rieslings in the region, the dry The Knoll (first vintage 2013 recently released) and medium-dry The Big H (first vintage 2014, set for fall release) from Red Newt Cellars are sourced from Lahoma Vineyard and are therefore the result of this collaboration. Like so many of the other new wines in the FLX they represent radical stylistic innovations. No attempt has been made to imitate the elegant and finesse of the Hermann J. Wiemer wines, instead Kelby has sought the maximum of expression and not shied away from radical aromas and flavors that will polarize opinions: yellow grapefruit including a hint of the pith and smoke of the kind that wafts long distances so you can’t figure out exactly where it came from. This is spirit also fits the 2015 vintage like a glove. You have been warned!