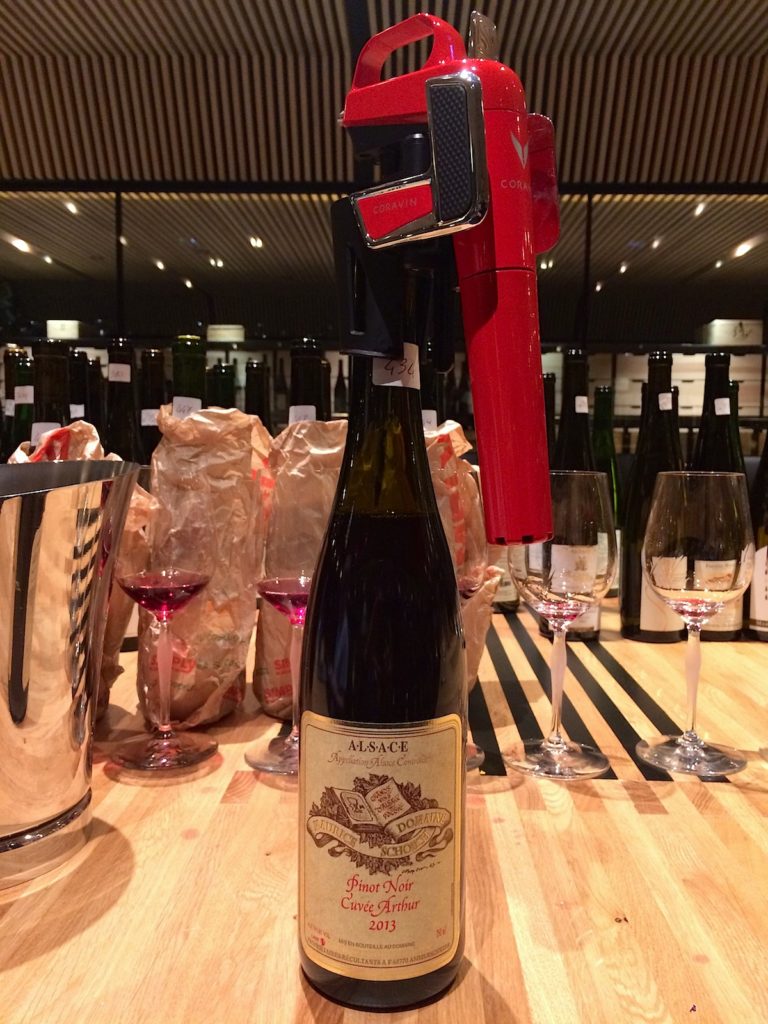 Working for JamesSuckling.com is really exciting and I’ve been learning so much so quickly, but the speed things move at takes some getting used to. This is a website with an almost continuous stream of new content, not a monthly magazine with regular publication dates and deadlines that automatically gives you moments to draw breathe. The last three weeks I was on the road in Alsace, then Rioja, then the Rheingau for JamesSuckling.com and the dense schedule left little time for reflection. In spite of that, our tastings in the cellar of Restaurant Villa Lalique in Wingen (the home of the Lalique crystal company) forced me to do some serious thinking about the way Alsace has changed in the 30 years since I first travelled there to taste the wines occupied most of my thoughts. Finally I found a moment to put all this down on what I still call “paper”.

Ever since that first inspiring visit in January 1987 I’ve been trying to figure out exactly what makes it so different from any other wine region in the France and neighboring Germany (of which it was part several times in it’s modern history). Some of these things are climatic, the heart of the wine region just west of Colmar is the driest place in France, and is significantly warmer in the summer than the German wine regions of the Pfalz to the north and Baden to the east, also Burgundy to the southwest. The geological complexity of the region is staggering and that makes it difficult to generalize about Alsace wines beyond the vital fact that the climate makes for big dry whites. For example, basic Alsace dry Rieslings seldom have less than 13% alcohol, whereas the leading Pfalz producers try to keep even their top dry Rieslings just below that figure.

Alsace underwent stylistic changes of seismic scale during the time I’ve been following it. The photograph above documents the recent rise of high quality reds from the Pinot Noir grape, which is a dramatic change from the light and pale colored reds that were the norm into the early years of this century. I’d never heard of Maurice Schoech of Ammerschwihr until a couple of weeks ago James Suckling pushed a glass extracted by coravin from the bottle pictured above in my direction. The name “Cuvée Arthur” hardly inspired confidence, and the 2013 vintage was not a great Pinot Noir vintage anywhere in Western Europe. However, the wine had subtle aromas, a stunning elegance. It tasted as good many Premier Crus from top domaines in Burgundy, but was a sleeker and more athletic. I found it exciting and totally distinctive: this is no Burg-Clone!

This development has barely been registered by the international wine scene, which continues to regard Alsace as a white wine region specializing in Gewurztraminer (there written without an umaul over the U). The truth is that Riesling overtook Gewurz as the most widely planted grape in the region many years ago and now accounts for about 4,000 hectares of the total 15,550 hectares. Alsace Pinot Noir has also grown significantly and now accounts for about 1,600 hectares. The striking thing is the rapidly increasing proportion of this which belongs in the Global Pinot First League, most notably the wines of Domaine Paul Blank in Kientzheim, Domaine Muré in Rouffach and Domaine Valentin Zusslin in Orschwihr.

Because they are the best that Alsace has to offer I will be leading seminar tastings of these wines at the International Pinot Noir Celebration in McMinnville/Oregon on the afternoons of Friday, July 28th and Saturday, July 29th. See you there!

For the full Alsace story on JamesSuckling.com see: